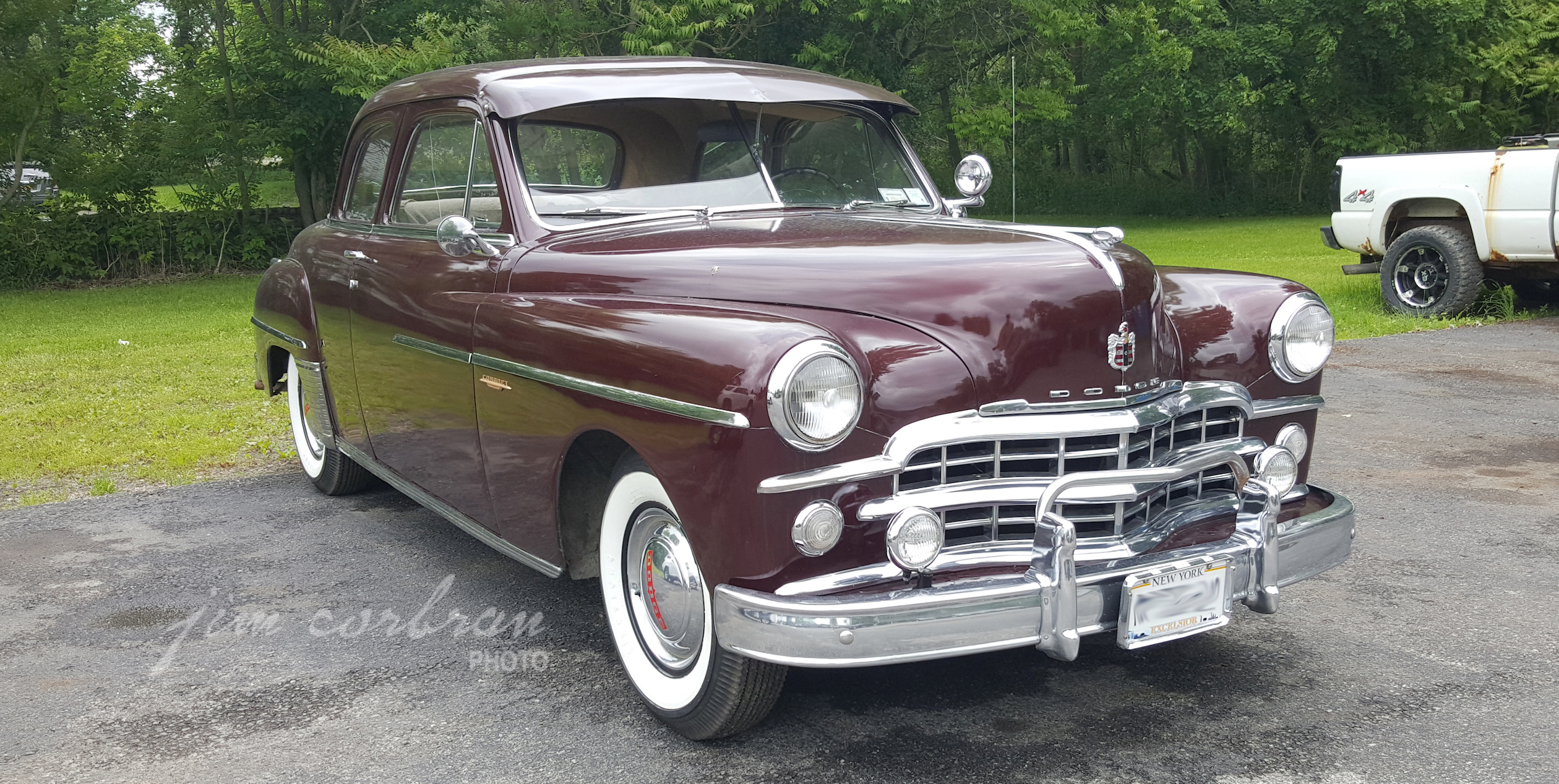 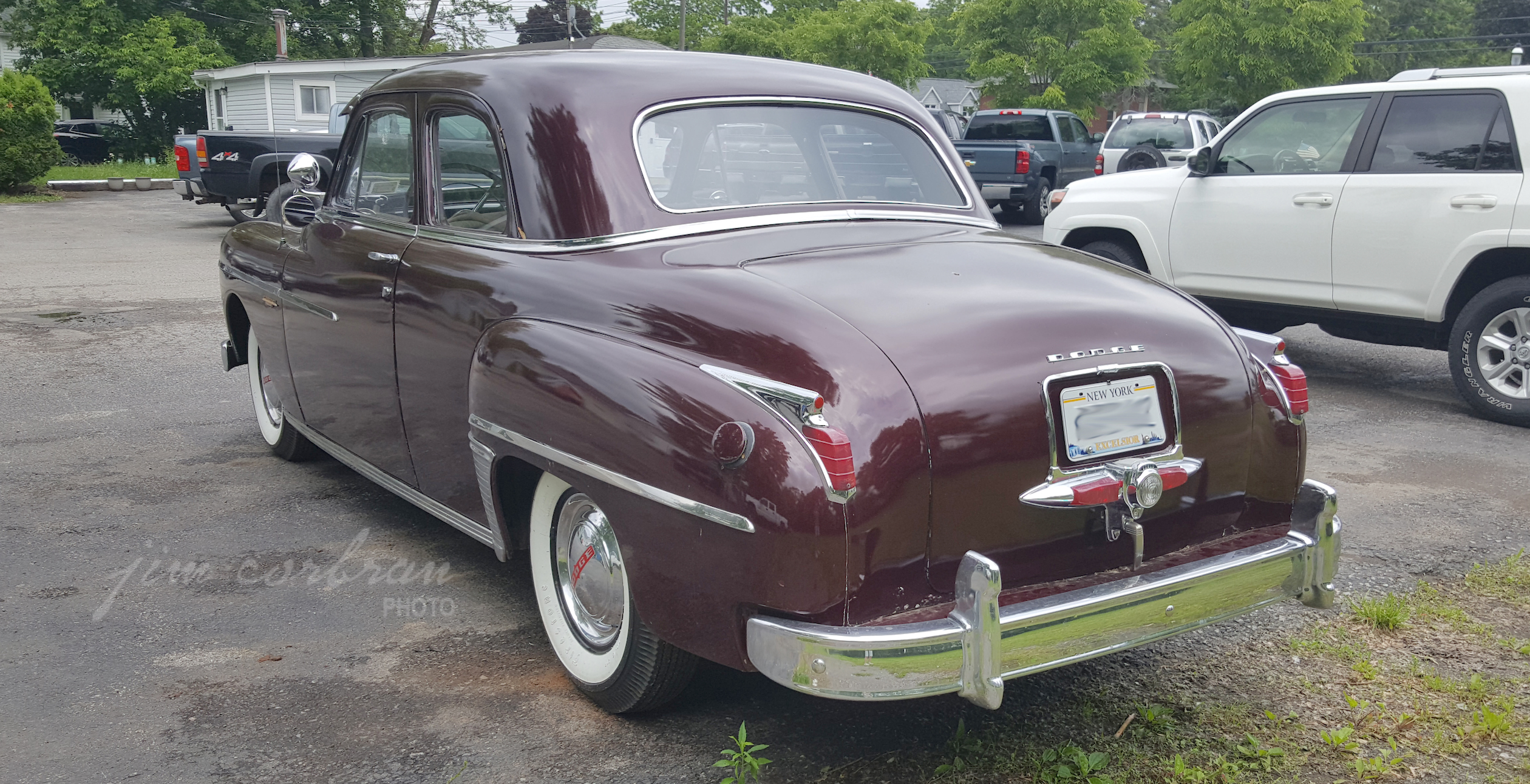 Since we photographed this 1949 Dodge Coronet Club Coupe in Clarence back in June, we’ve learned that it’s been put up For Sale, its owners having replaced it with another old classic car. The Coronet was Dodge’s top-of-the-line back in 1949, a notch above the Meadowbrook, and two above the Wayfarer lineup which consisted of a two-door sedan, a roadster, and a 3-passenger coupe — all riding on a wheelbase 8.5 inches shorter than the others (see below). In the sales literature, we learned how “It has taken courage and even daring on the part of Dodge to create a distinctive NEW style with natural beauty that flows from truly functional engineering.” Pretty heady stuff! 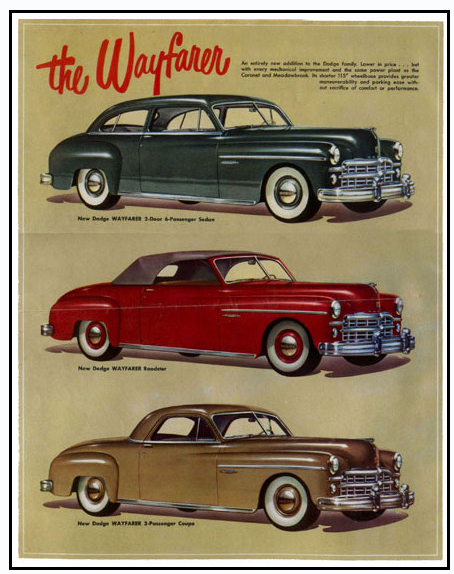