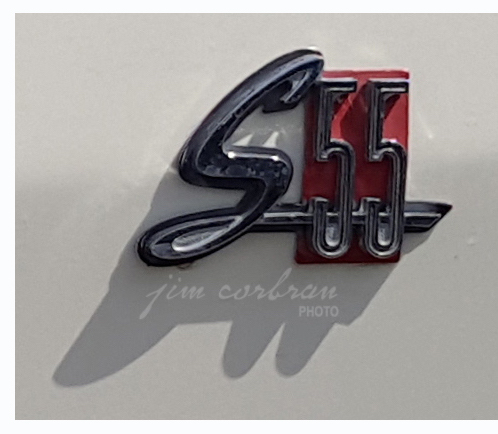 It’s always fun to go to a car show/cruise night and come across something you almost never see — like this 1966 Mercury S-55 spotted a week-and-a-half ago at the Super Cruise held in Strykersville on the grounds of the Volunteer Fire Department (Side note: their siren is MUCH louder when it goes off and you’re standing right next to it.) One reason you almost never see a ’66 S-55 like this one is because Mercury produced only 669 convertibles (in addition to 2,916 two-door fastback hardtops). They all came standard with Mercury’s Super Marauder 428cid V8 and a four-speed manual transmission (an automatic was offered as an option).