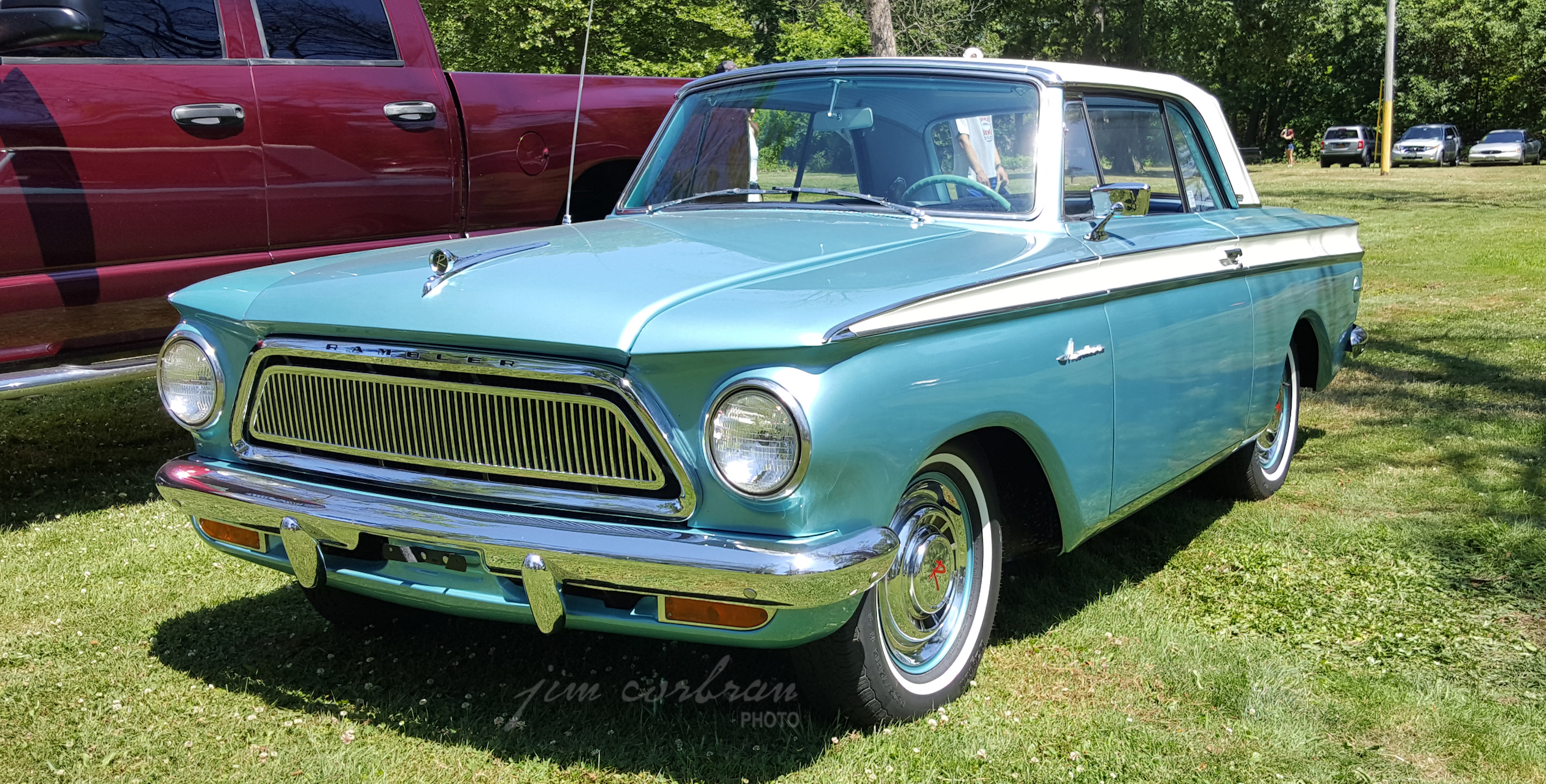 This 1963 Rambler American 440-H marks the nameplate’s initial entry into the pillarless hardtop body style. As a matter of fact, the ’63 models would be the lone hardtop entries for these “Squamericans,” which were introduced for model year 1961, and replaced for 1964 by a whole new lineup of cars which were a bit larger and of a more rounded design. The 440-H was a notch above the 440 hardtop, and added reclining front bucket seats, a floor console, and a 2-bbl 138-hp Custom Flying Scot inline six of 195 cubic inches. We saw this relatively rare (9,749 produced) example at this summer’s Harbor Cruise car show at Point Gratiot Park in Dunkirk.