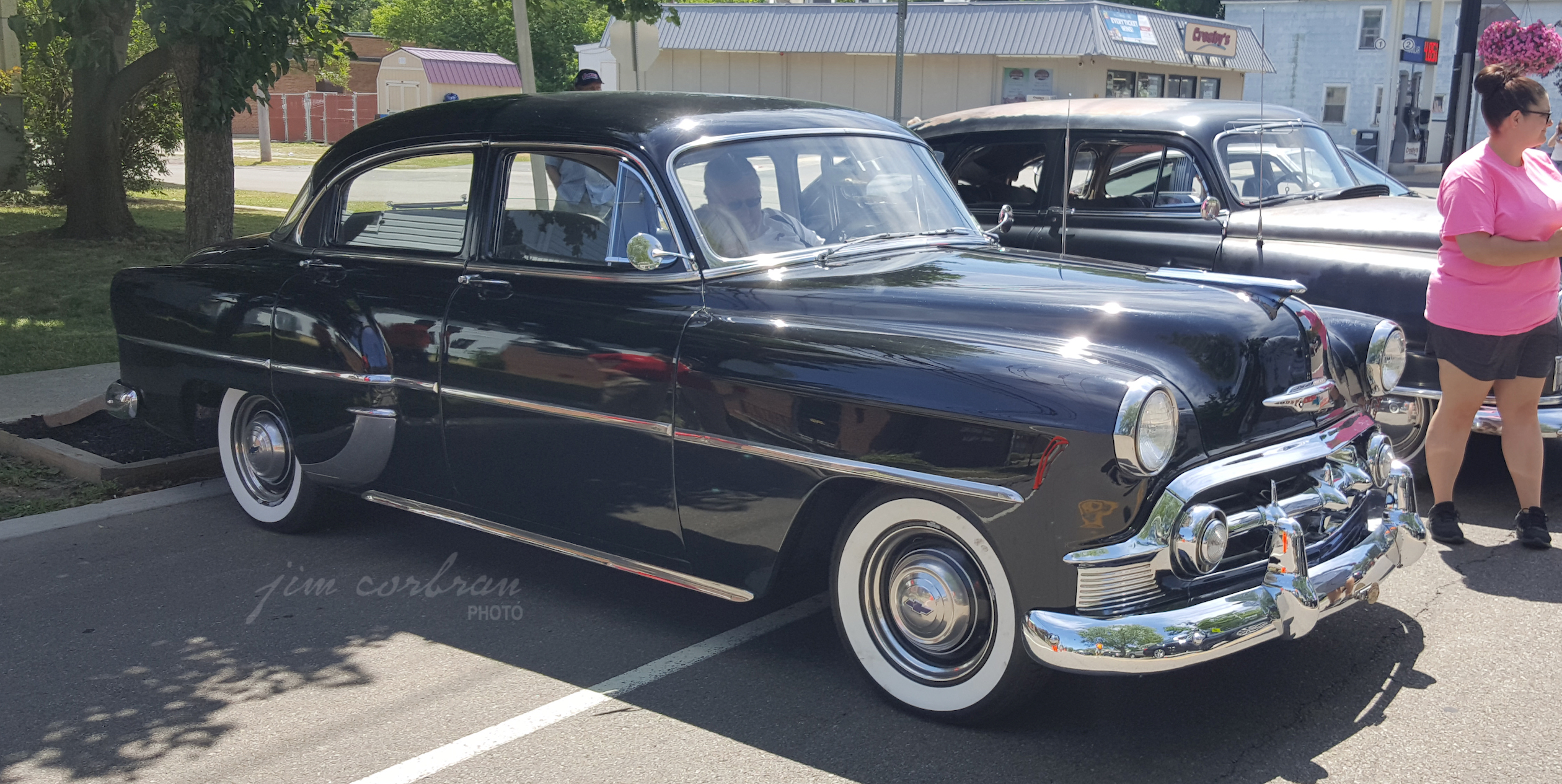 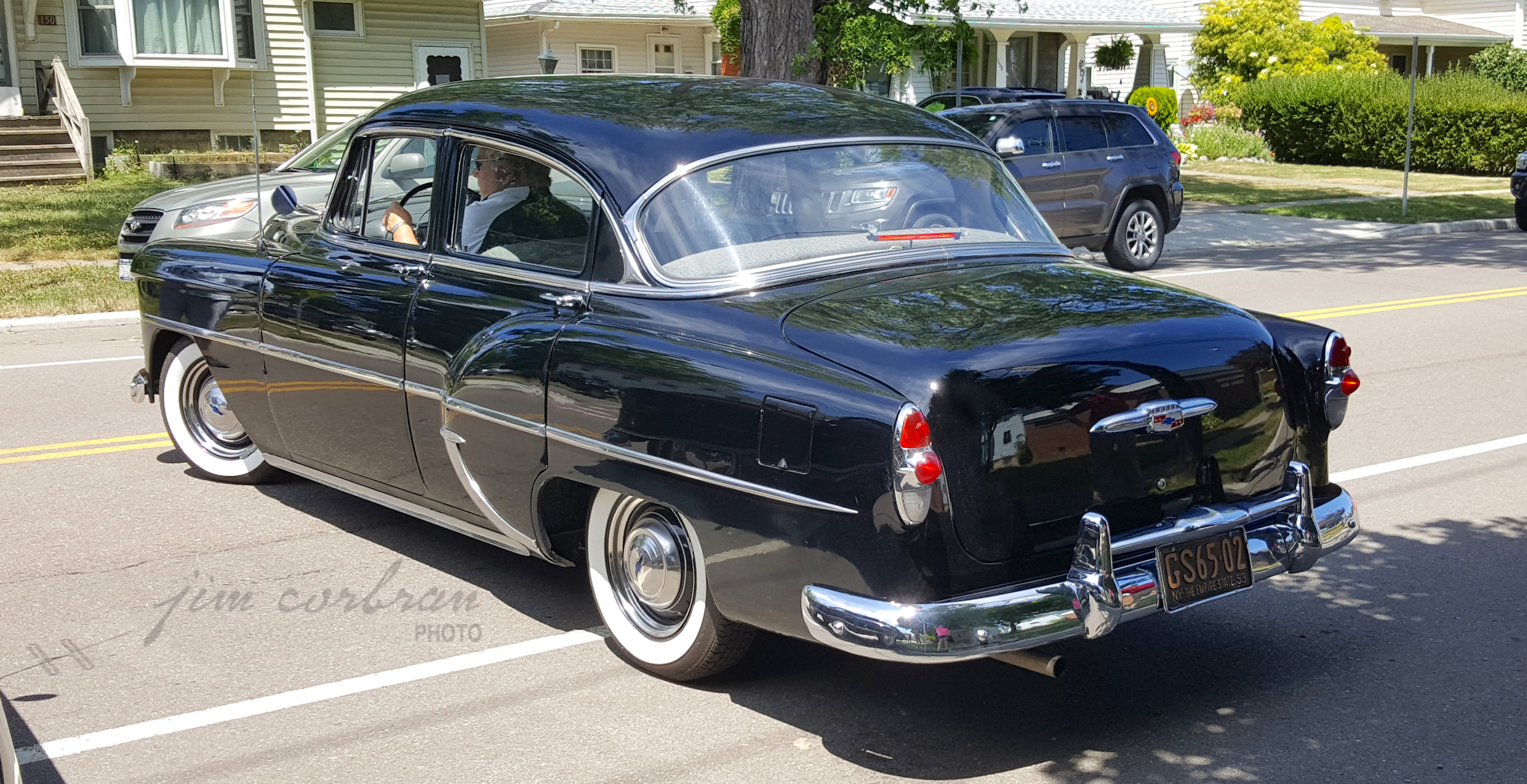 This 1953 Chevrolet Two-Ten was one of three four-doors offered in that year’s line-up, the other two being the base One-Fifty and the pricier (and fancier) Bel Air (see them all in the brochure illustration below). This was the first year that those three nameplates were used to depict Chevy’s different series. Previously, the Bel Air name was used exclusively to denote their pillarless two-door hardtop, while the series’ names were Styleline and Fleetline. We saw this nice example at this year’s Main Street Cruise in the Village of Angola. 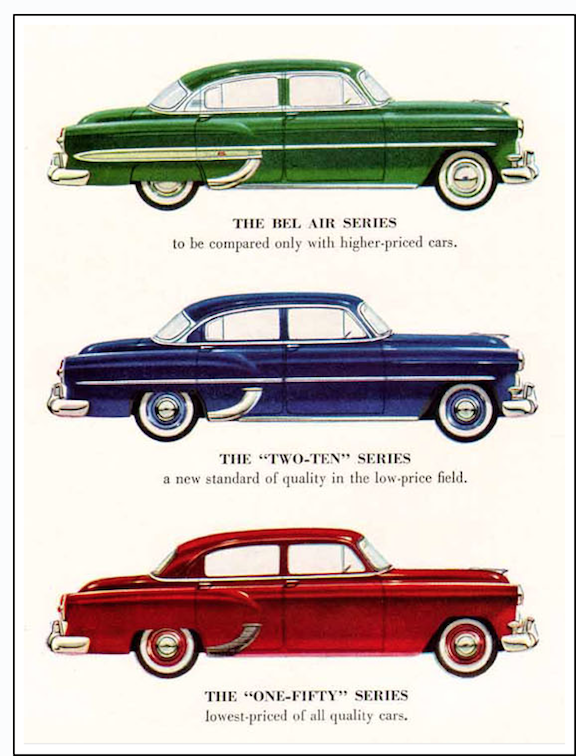