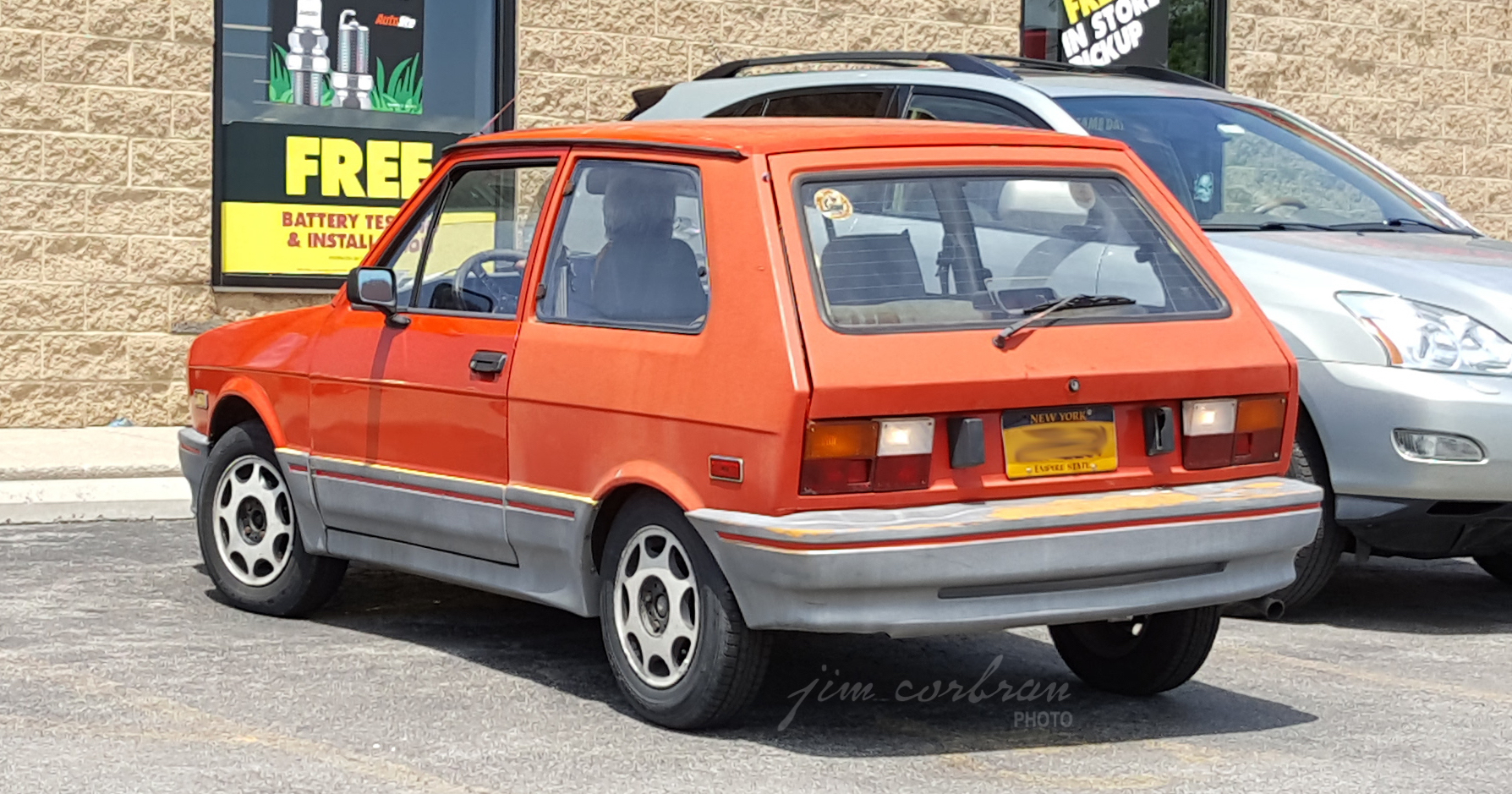 Although we didn’t get the chance to see what year this Yugo GVX is as it was just about to pull away, we’re going to guess 1987. The logic? That was the year Malcolm Bricklin’s company, Global Motors, imported its largest number of the Fiat 128-based hatchback (48,812), manufactured by Zastava Automobiles behind the Iron Curtain in Yugoslavia in the area now known as Serbia. Yes, THAT Malcolm Bricklin, he of the car he named for himself (the Bricklin SV-1 which was manufactured in New Brunswick Canada), and also the founder of Subaru of America, Inc.  The GVX was the top of the line Yugo for model year 1987, and its upgrades included a larger, 1300cc engine, five-speed manual transmission, a ground-effects package, alloy wheels, rally lights, and a nicer interior. All a h-u-g-e upgrade over the base car, seen below in a period magazine ad. We caught today’s RealRide a while back as it was about to pull out of a Niagara Falls parking lot. 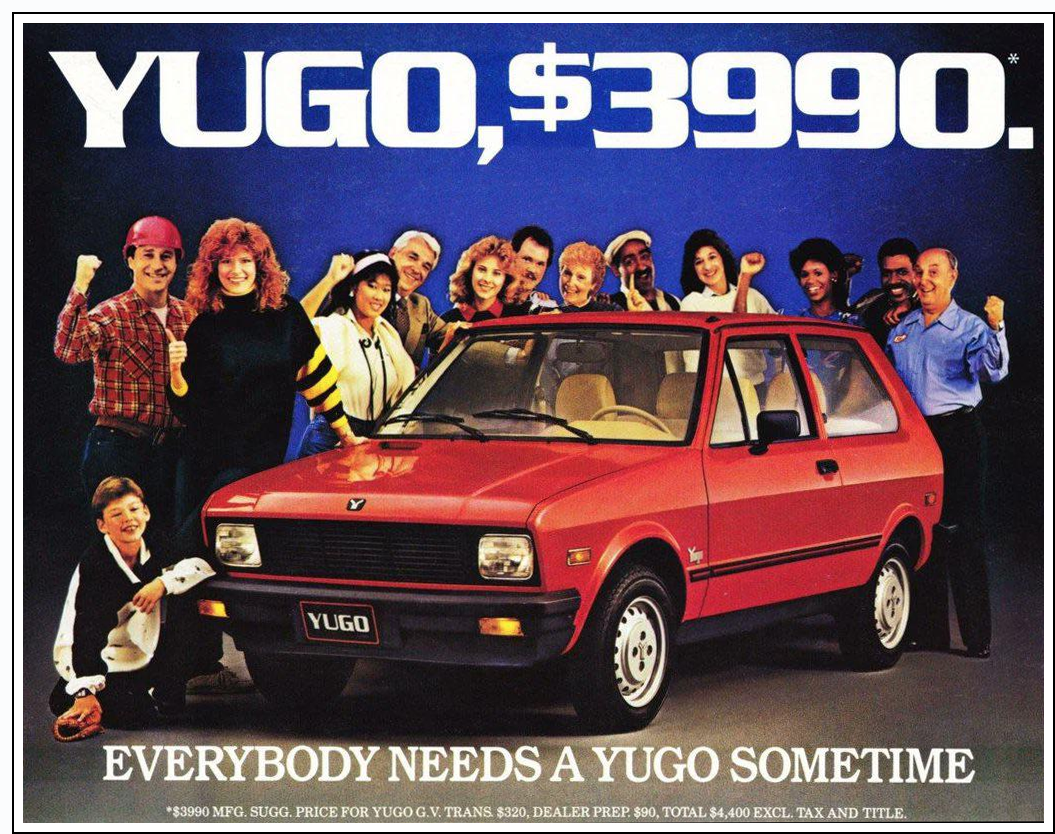