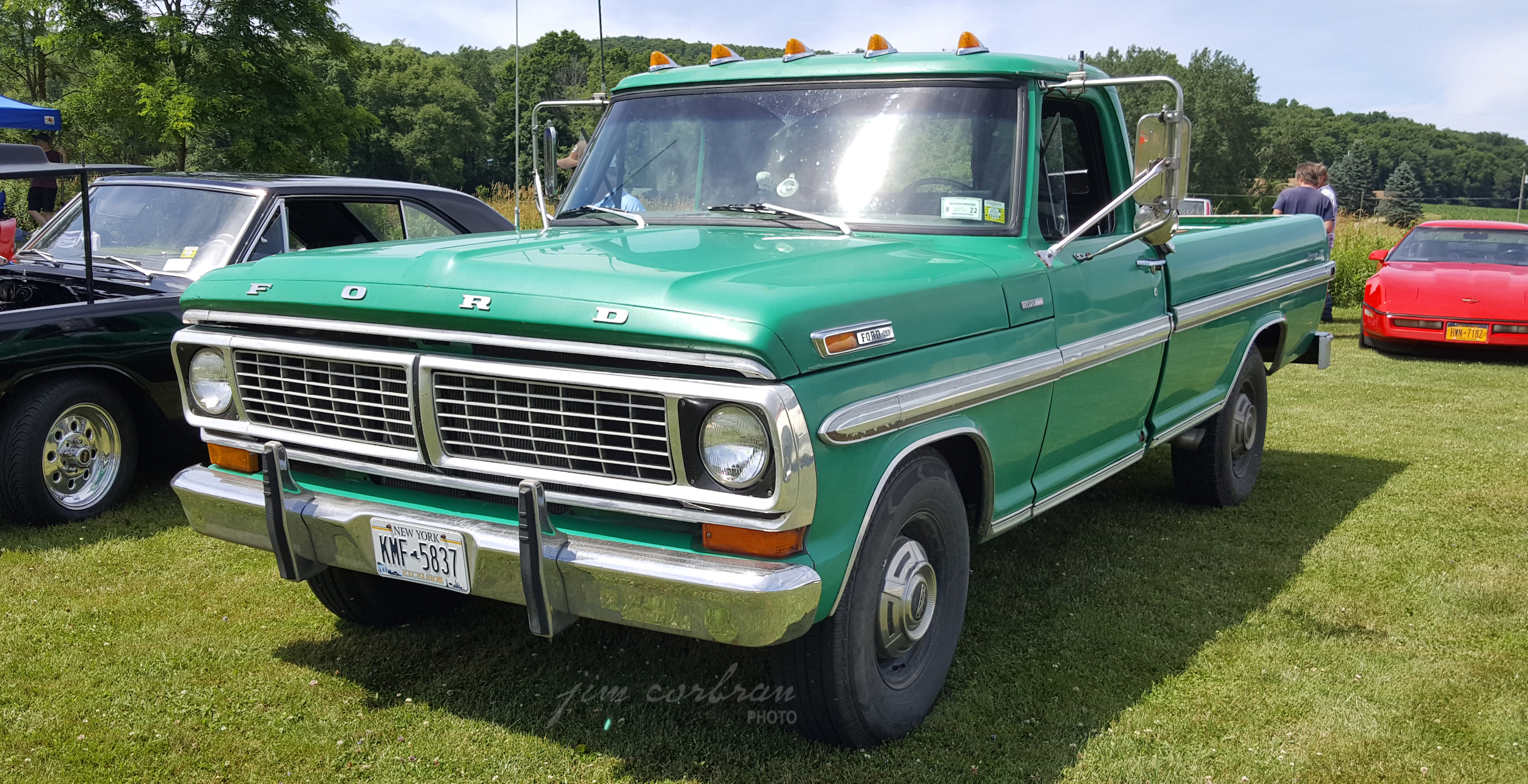 Trim-wise, this 1970 Ford F-250 Ranger XLT Styleside sat atop the Ford pickup pecking order, with what Ford called “…the highest-style appointments in the industry.” Because the upgrades are so numerous, below we’ve included the blurb from the brochure which outlines them all. The F-100 and F-250 were both available in Styleside and Flareside bed styles. The brochure tells us that the heavier-duty F-350 offered only Flareside and chassis-cab versions, but a Google search shows several 1970 F-350 Stylesides, so either a lot of conversions have been done, or (more likely) the F-350 Styleside was made available mid-model year after the brochures were printed. We saw this one a few weeks ago at the annual cruise-in in Cherry Creek. 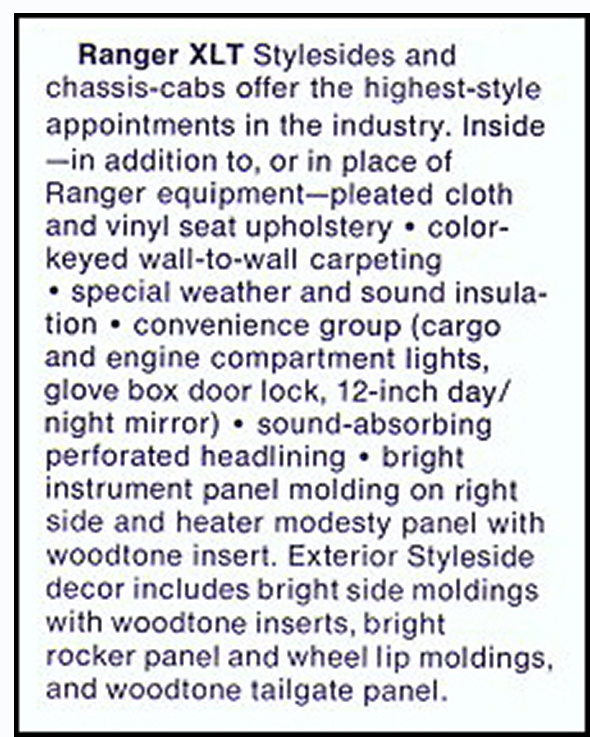