Between the tall grass and the factory fender skirts it almost looks like this 1951 Chevrolet Styleline DeLuxe sedan has no rear wheels. You might wonder why the owner forked over the cash for a Powerglide automatic transmission (you can see the badge on the trunk above the Chevrolet emblem), as well as for those optional fender skirts but kept the dog dish hubcaps. The answer’s simple. There was no other choice. For 1953 Chevy finally offered a full wheel cover, but for 1951, this was it. What was the competition up to in this regard? The 1951 Ford brochure illustrations also show all of the cars with the dog dishes; and Plymouth’s brochure went half-and-half, with the pricier models showing a full wheel cover and the low-line cars wearing the smaller hubcaps. Today’s RealRide was seen earlier this summer just off the road in Stockton. 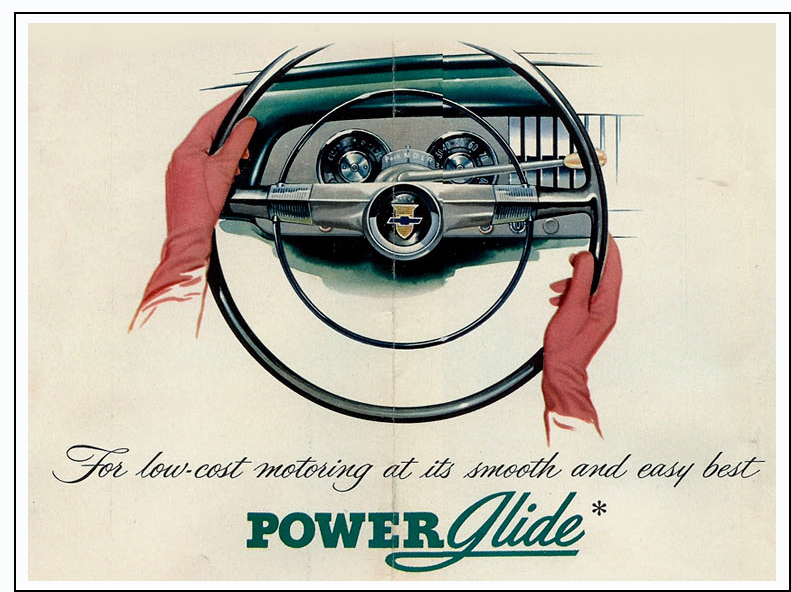