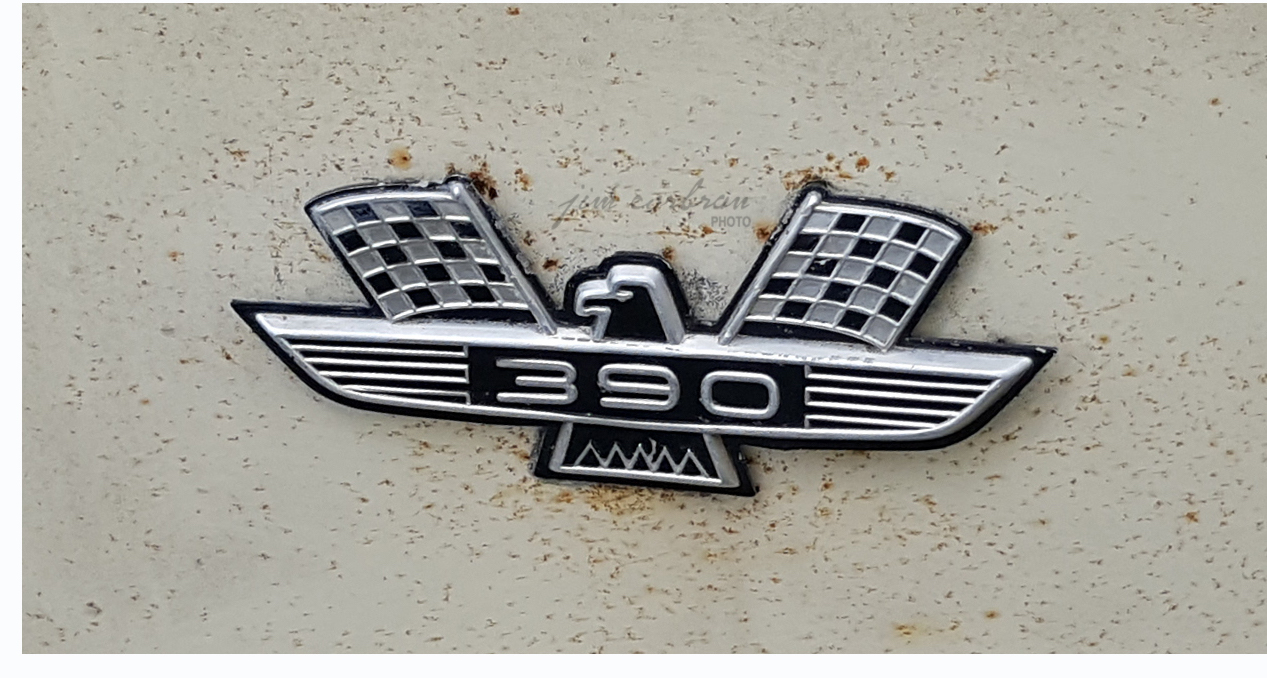 We grew up with two similar ’63 models in our driveway, but neither of them were as fancy as this 1963 Ford Galaxie 500. Dad drove the plainest of the plain Galaxie four-door sedans; Mom’s two-tone red & white Country Sedan station wagon was a bit fancier… but not by much. They both had the straight six and a three-on-the-tree, but at least the wagon had a radio! Today’s RealRide, looking at the front fender badge, came equipped with the optional 390cid V8, which was rated at 300 hp and cost an extra $246.50 according to that year’s Buyer’s Digest of New Car Facts. We came across it last summer in Darien.