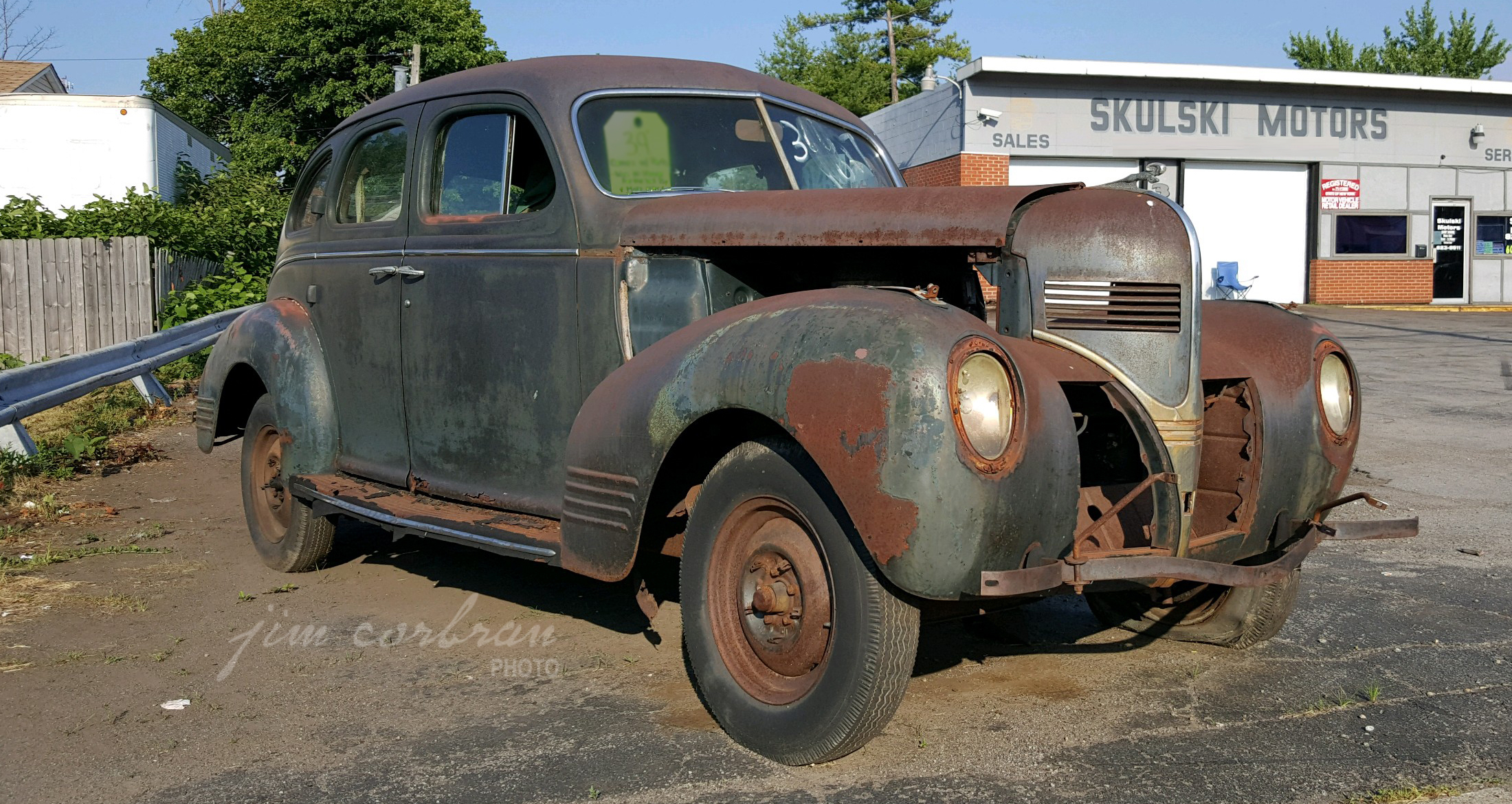 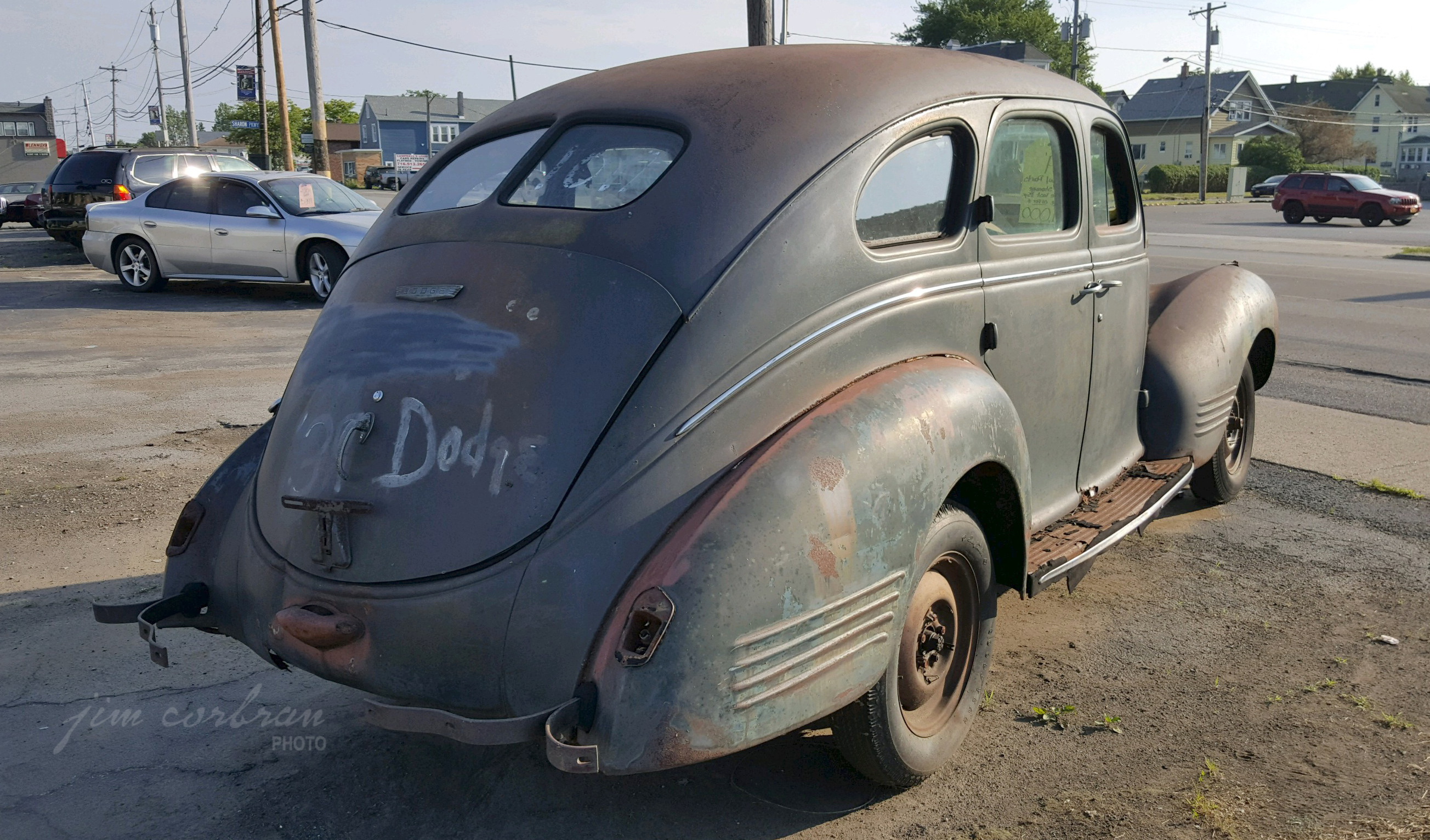 A sign in the window of this 1939 Dodge said it had been in storage for the past 15 years when we came across it a couple of summers ago in Lackawanna. It also mentioned that it “comes w/parts” and suggests making an offer, although it did have a four-figure asking price listed. The trim on this one would seem to indicate it’s a Luxury Liner DeLuxe, as opposed to the base model Luxury Liner Special. In addition to the four-door sedan, the DeLuxe lineup also offered a seven-passenger sedan, and a seven-passenger limousine which is seen in a brochure illustration below. The brochure doesn’t say what the difference is between the two, but I’d guess that the limo has a divider between the driver’s and passengers’ compartments.