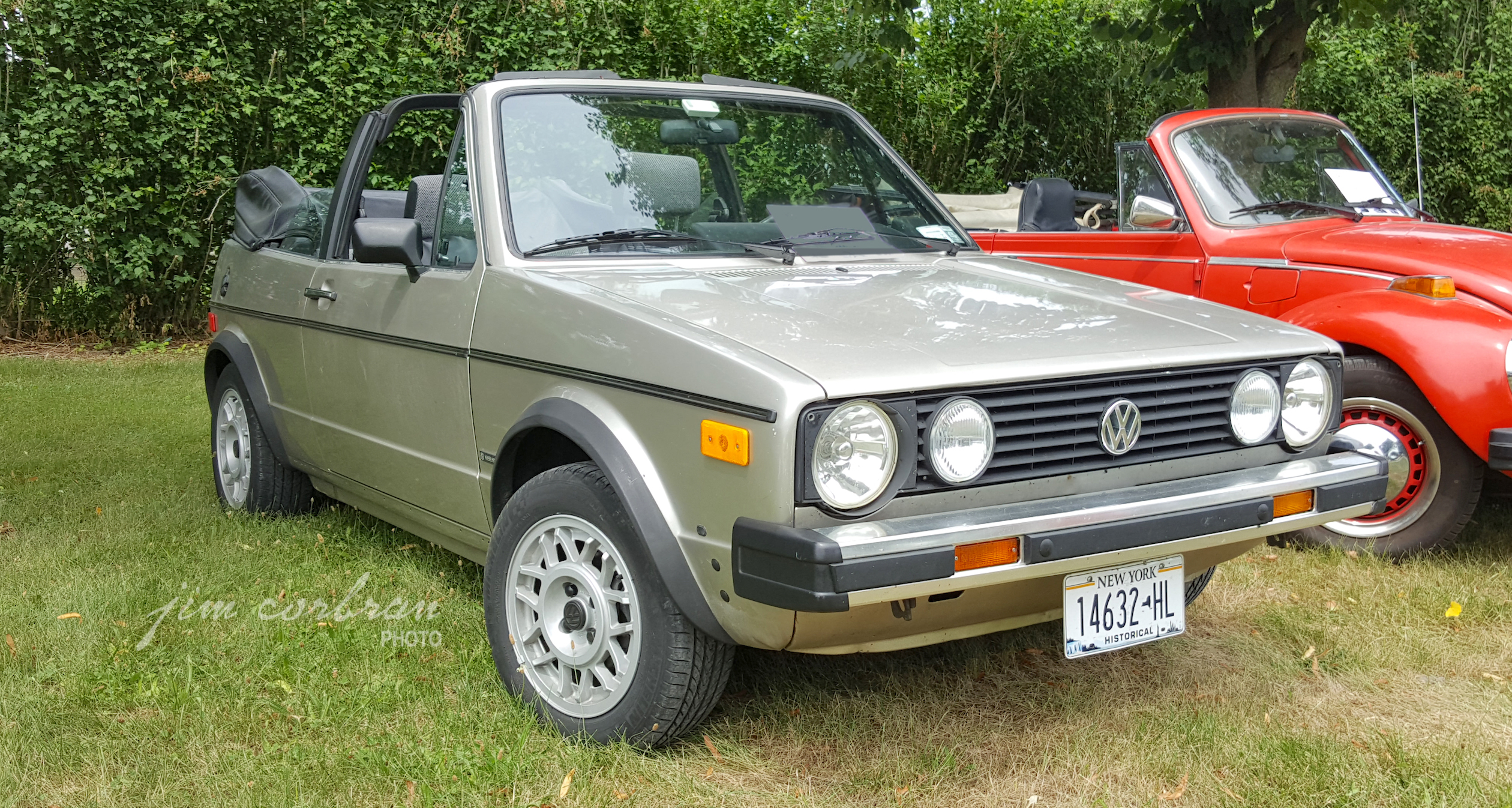 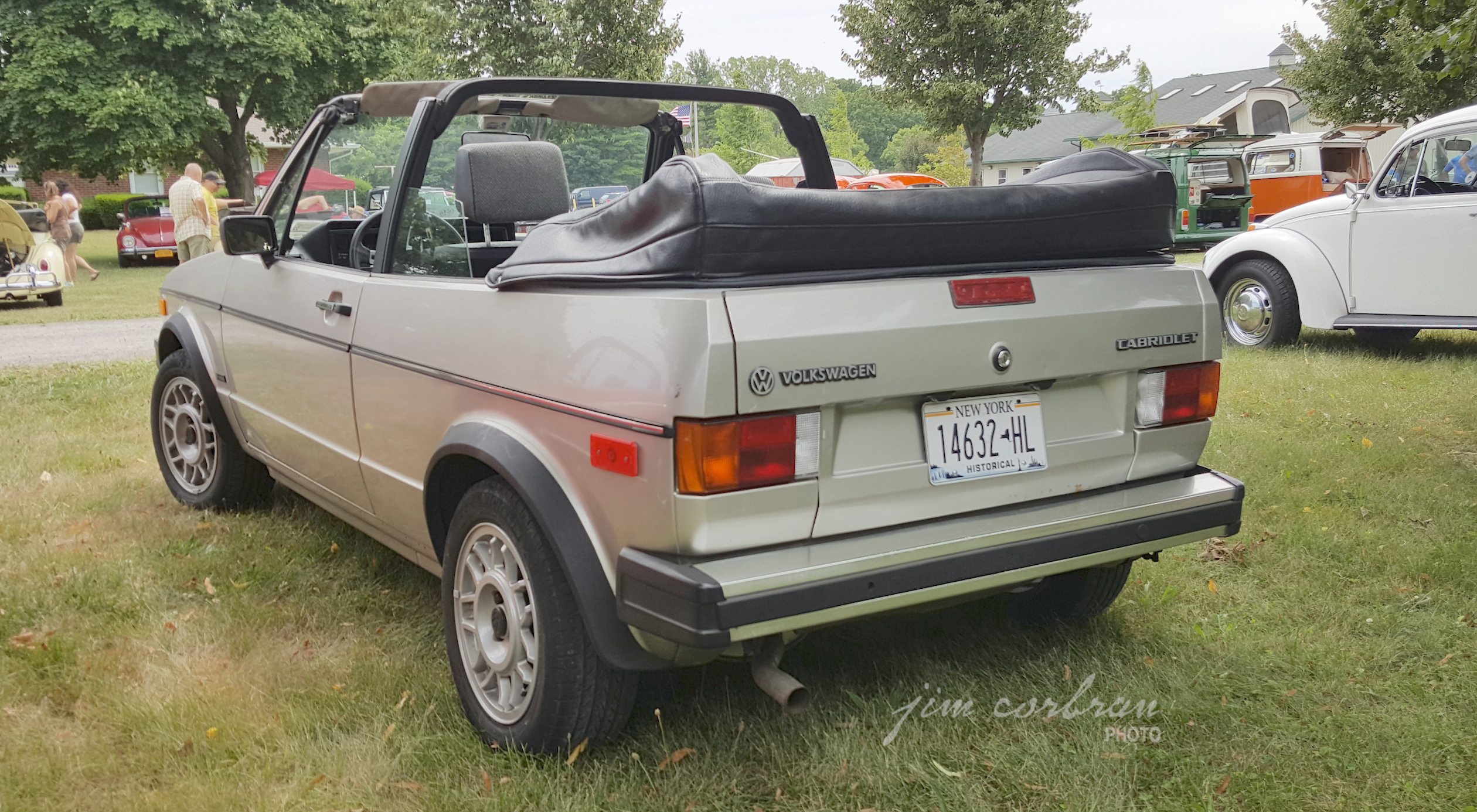 We came across this 1988 Volkswagen Cabriolet a few weeks ago at the Sanborn-Lewiston Farm Festival/Volkswagen of WNY Car Show in Sanborn. Which prompted a refresher course on the model name. For years VW has referred to and badged their convertible model as a Cabriolet, which is interesting because according to reliable sources, the German word for convertible is cabrio; but in French it’s cabriolet. The ’88 Cabriolet was getting a bit long-in-tooth stylewise, as the first-generation Golf/Rabbit which it was based on ended production in 1982. The second-gen Cabriolet came along for MY 1993, but it was based on the third-gen Golf. Yes it’s confusing. More confusing is reading the ’88 Cabriolet brochure, in which VW announces that body-colored bumpers, aprons, wheelhouse flares, and rocker moldings were new that year (see the photo below). Not sure just what’s going on here, as none of that stuff’s on today’s RealRide, whose windshield placard indiccated it's a 1988 model. Whatever it is though, we like a lot. 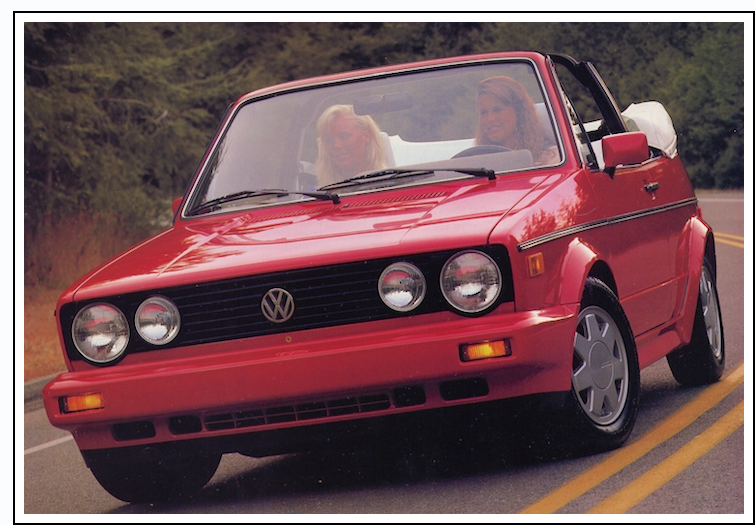