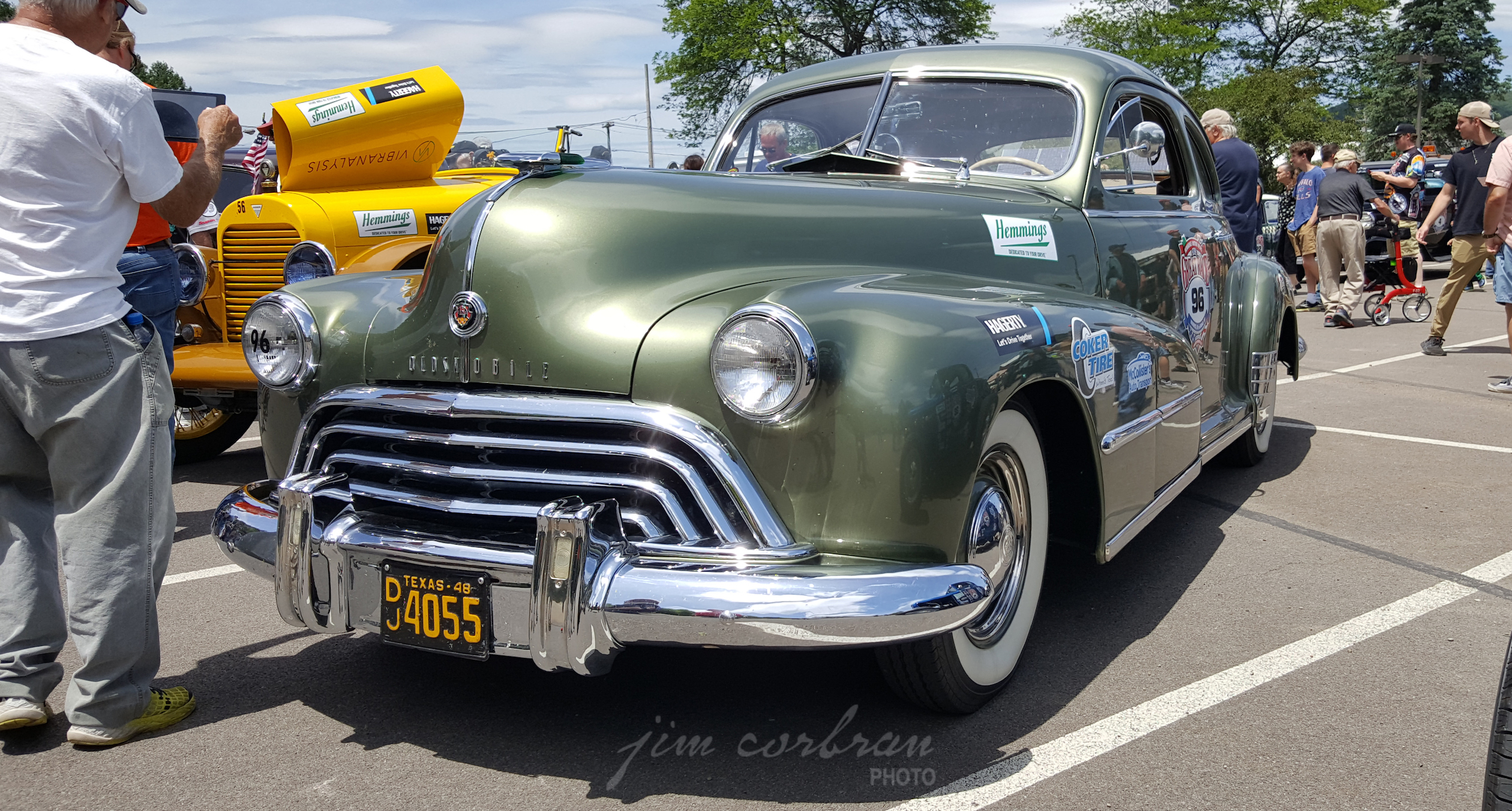 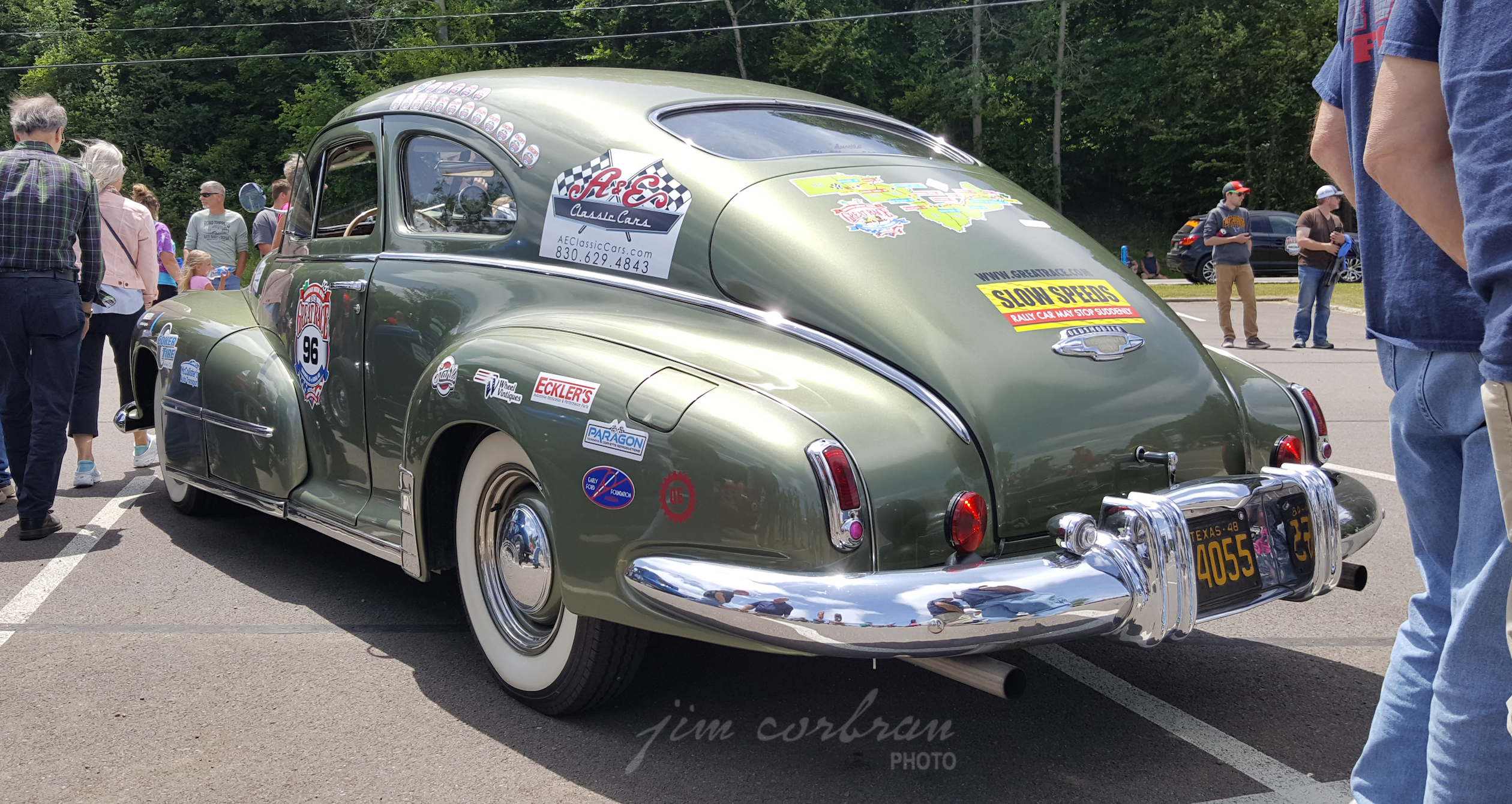 Today’s RealRide is, in my experiences, a seldom-seen model — a 1948 Oldsmobile which we came across during this year’s Hemmings Great Race lunch stopover in Wellsville. Looking at the photos, it’s difficult to say if this is a series 60 or 70. Olds decided not to include any identifying badges on their cars, and the main difference visually is the fact that the 70 series cars have a six-inch longer wheelbase (we’re guessing this one’s the shorter version). One thing we are sure of is that it’s a Club Sedan; a Club Coupe (without the fastback roofline) was also offered, as well as convertible, four-door sedan, and station wagon models. For the record, the Texas-based Olds team finished the race in 24thplace, out of 167 starters.