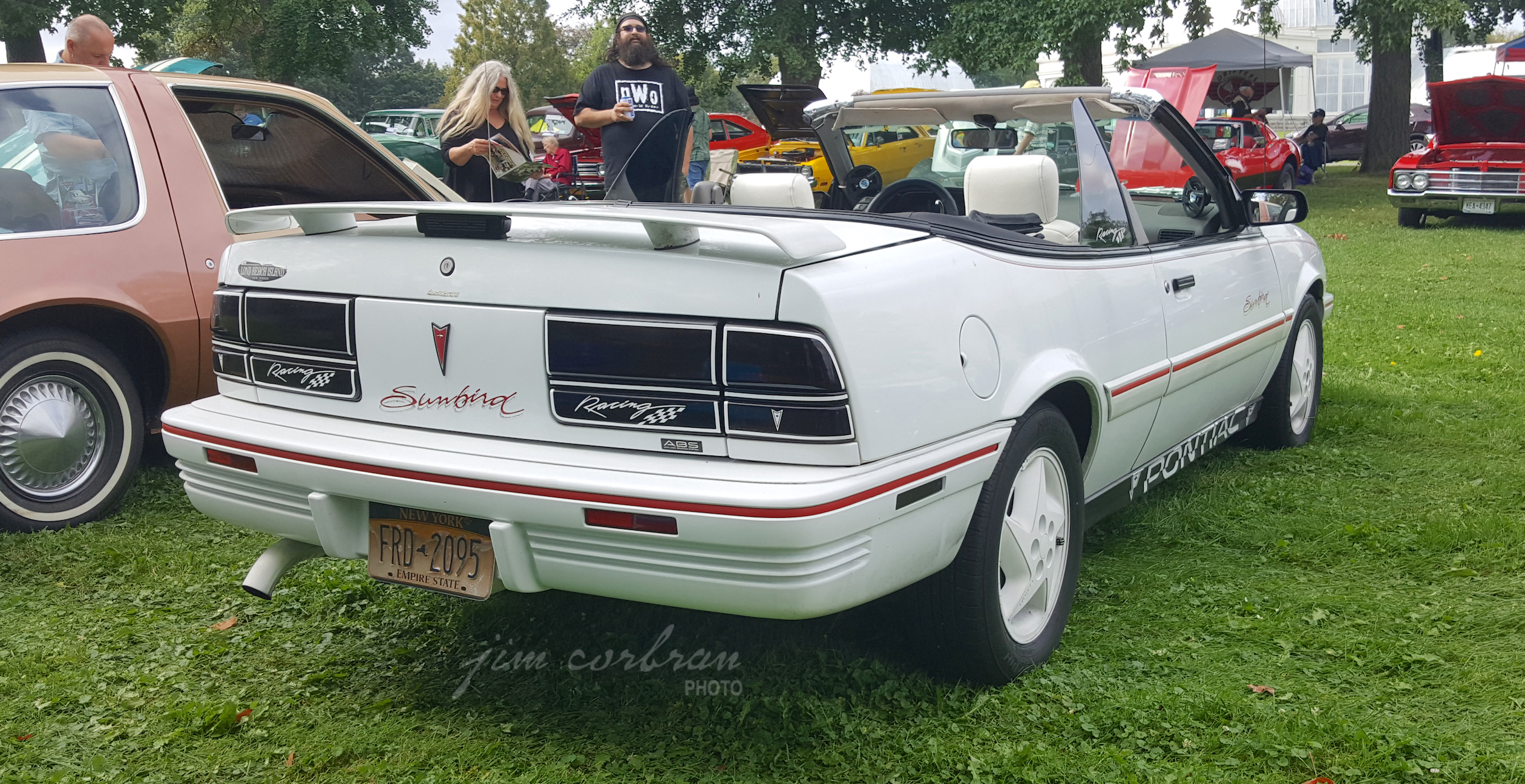 Doing a bit of research on today’s RealRide, a 1993 Pontiac Sunbird convertible, I came away with the feeling that Pontiac wasn’t too keen on publicizing this particular body style. They showed two Sunbird photos in their full-line catalog — a coupe and a four-door sedan. The convertible? Got a half-line mention in the description of the Sunbird’s three available rooflines: “Sunbird offers three rooflines that vary with purpose, giving the coupe a swept look, the sedan more rear-seat room, and the convertible unlimited fun.” The back page was devoted to the “Pontiac Cares” program. I don’t think they cared much about the Sunbird convertible, Lol… We saw this one last summer at the 2ndAnnual Cruise’n the Gardens car show outside of the Buffalo and Erie County Botanical Gardens, located in South Park in Buffalo.