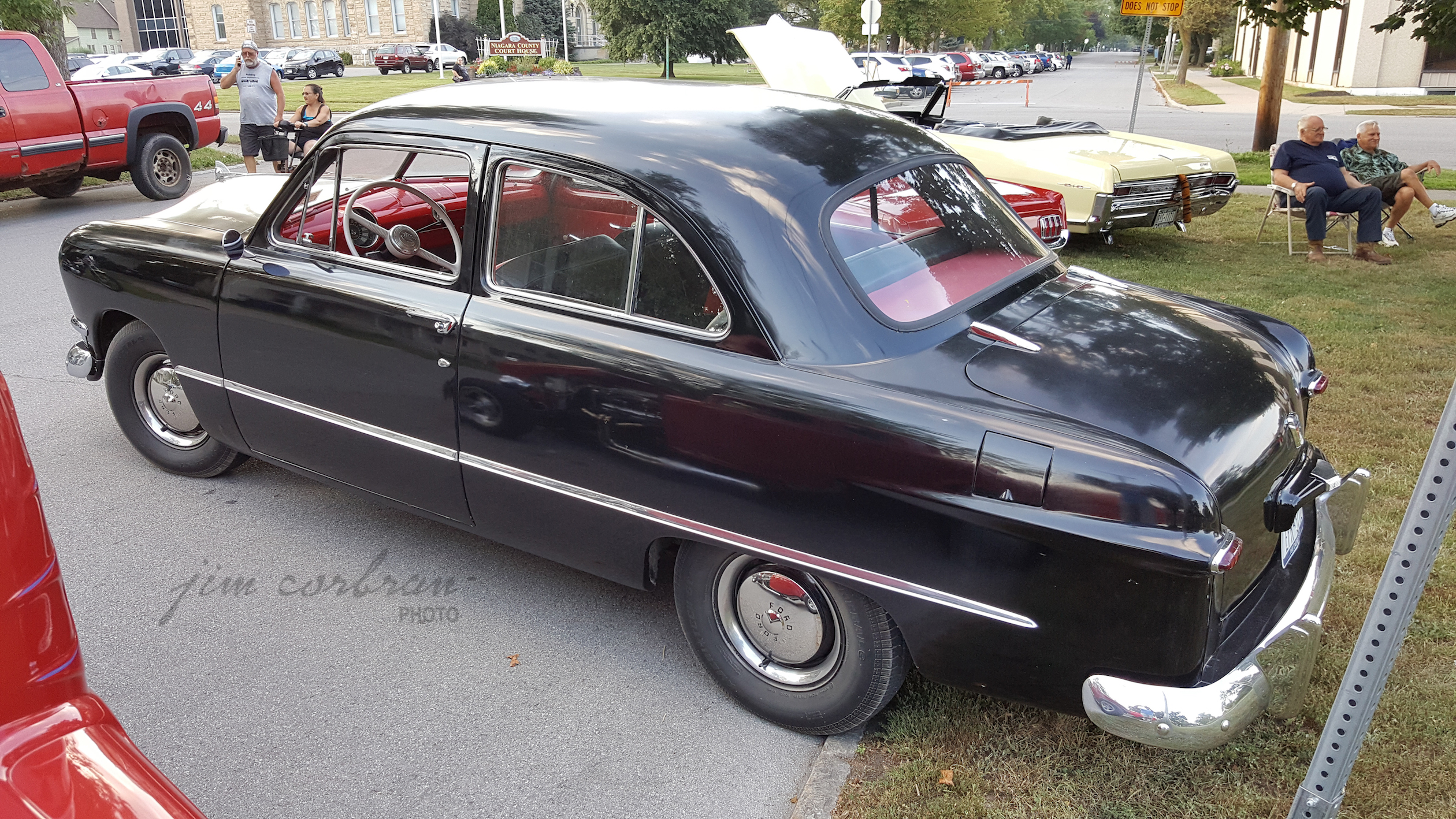 This 1950 Ford DeLuxe Tudor sedan was one of seven two-door Ford models available that year. Also offered was a DeLuxe business coupe, the pricier Custom Tudor and Club Coupe, the Crestliner (which was Ford’s answer to GM’s pillarless hardtop models even though it wasn’t a pillarless hardtop), and the Custom convertible and Country Squire station wagon. I guess it would have been easier to list the four-door models, which were two: a Custom and a DeLuxe. We saw today’s RealRide last summer at a weekly Monday night cruise-in in Lockport at Ida Fritz Memorial Park. 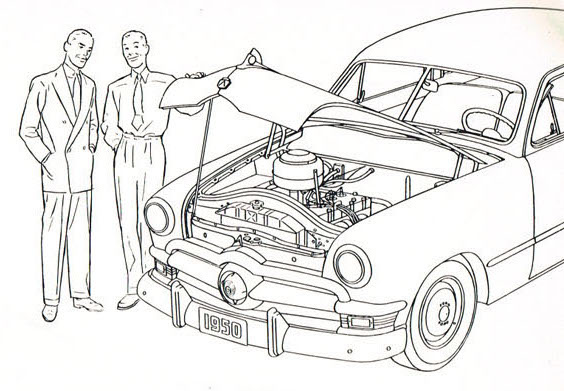