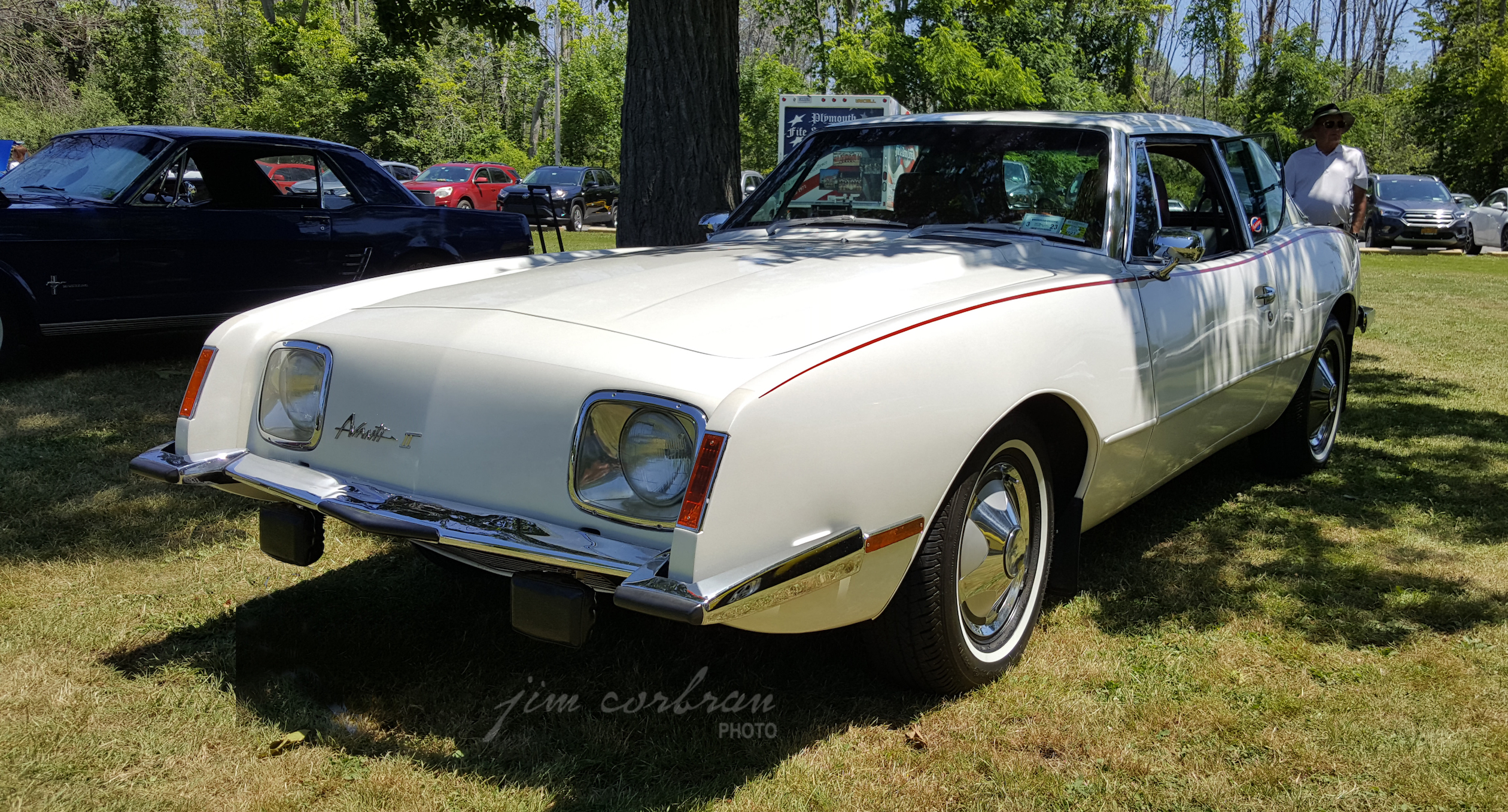 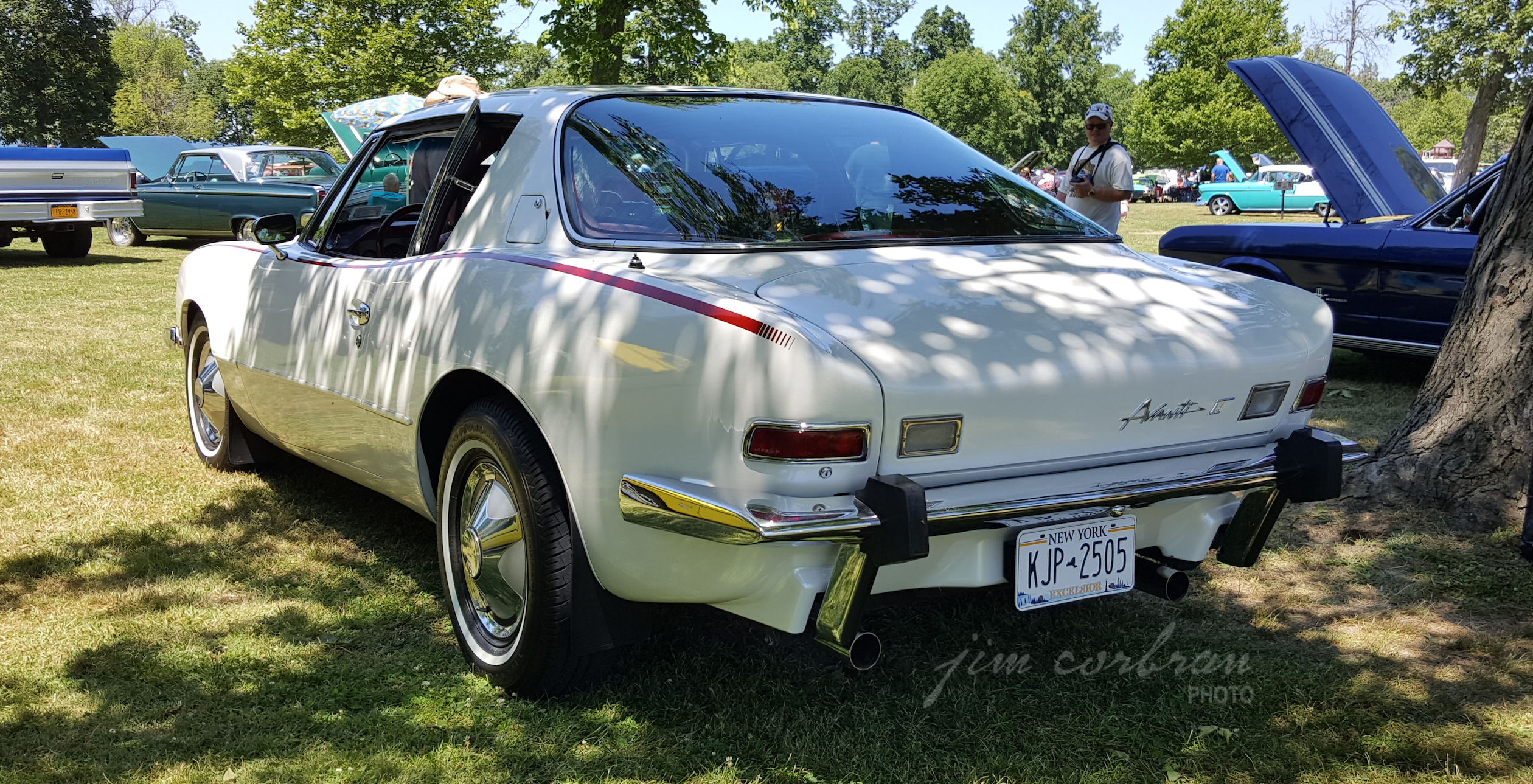 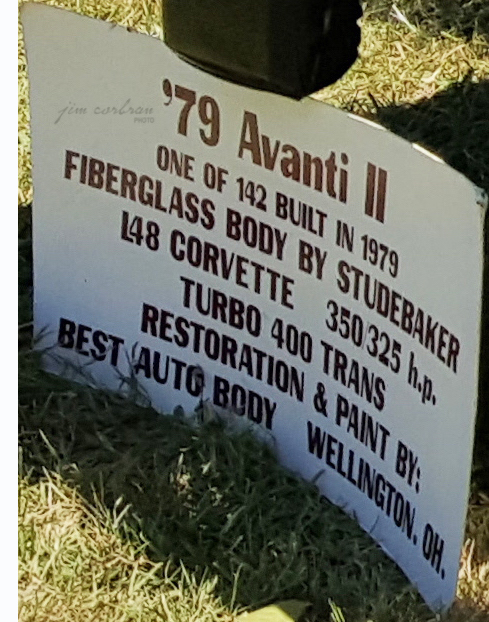 The sign (right) which accompanied this 1979 Avanti II at this year’s Harbor Cruise at Point Gratiot Park in Dunkirk tells us that it’s one of only 142 built that year; meanwhile, the Encyclopedia of American Cars says the figure is 195. Either way, it’s a rare beast! The original Avanti (minus the Roman numeral) was built and sold by Studebaker for model years 1963 (3,834 built) and 1964 (809). The Avanti was dropped, along with the Gran Turismo Hawk, the Champ pickup, and the Lark name after model year 1963 when production moved from South Bend, Indiana to Hamilton, Ontario, Canada. Henceforth the remainder of the lineup were badged as Studebakers, with the model designations Challenger, Commander, Daytona, and Wagonaire. Avanti’s name, tooling, and production rights were bought by a couple of Studebaker dealership owners who called their new venture Avanti Motor Corporation — so technically the Avanti II is not a Studebaker, and they built 21 cars for model year 1965. The company went through a few owners, a few names, and a few bankruptcies before finally going out of business in 2006, but not before marketing a one-year-only four-door model in 1990 (bottom photo).