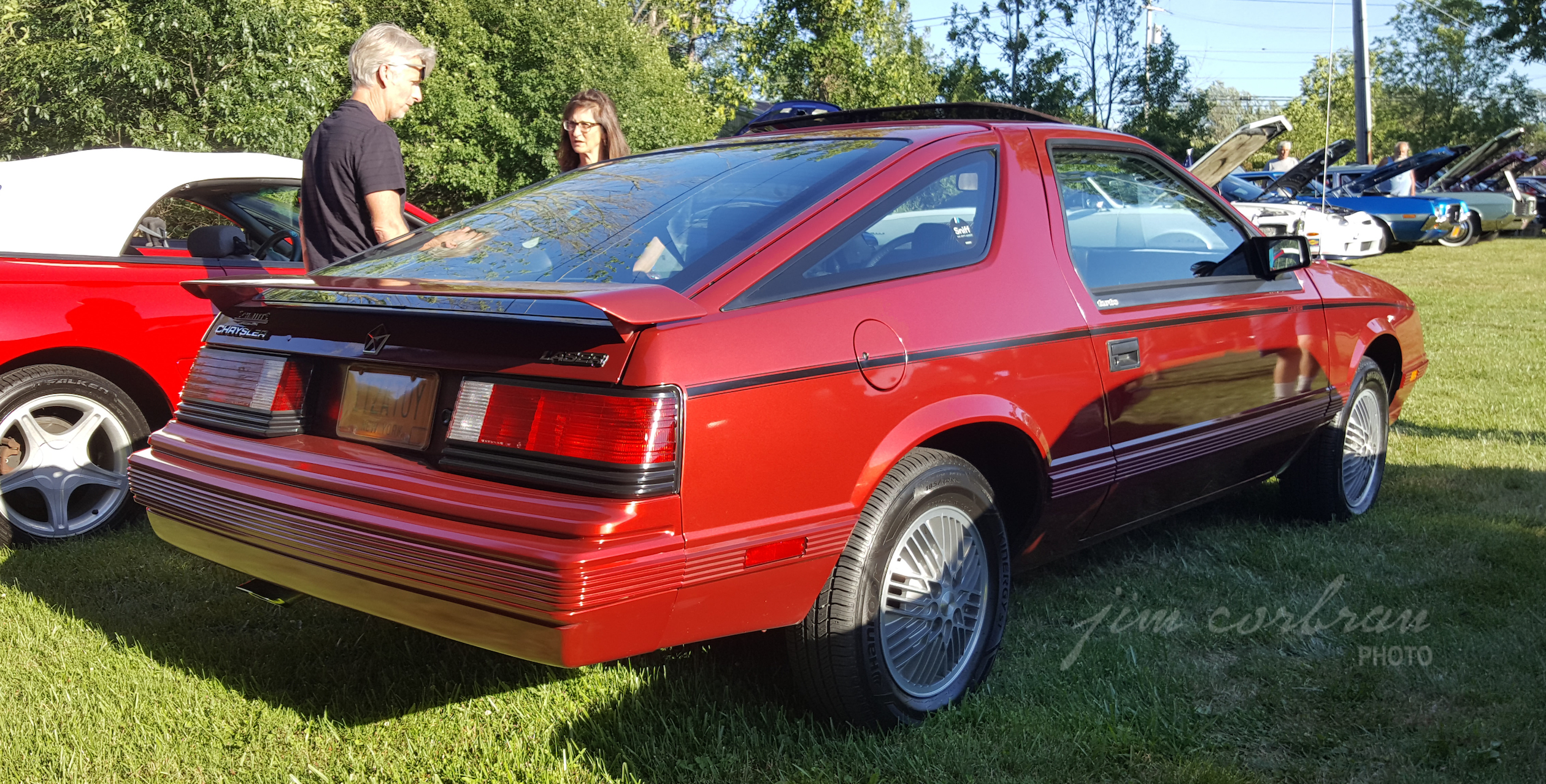 Before you ask, no, I don’t remember when the last time was that I saw a 1984 Chrysler Laser Turbo, let alone one that’s as nice as this one. Its condition certainly has to do with the fact that the odometer has yet to hit the 7k mark. Yes, it was garaged for a while. Quite a while actually. And it’s sporting the vanity plates it wore back in the day — plates which might(?) give a hint as to the reason for its low mileage — ITZATOY. Not likely a daily driver (at least not for long!). The new Laser was marketed as “the first sports car ever to carry the Chrysler name,” (although, they did advertise the 1956 300-B as “…a car with all the rakish glamor of a sports car”), and this one has the optional turbo-charged version of the 2.2L engine. One of the other rather unusual items listed on this factory-ordered car was the radio delete option, as the buyer had plans to install a better sound system anyway. Owned for decades by Chris White of Lancaster, we came across his son Christopher and today’s RealRide a couple of weeks ago at the annual cruise night held at St. John Vianney Church in West Seneca.