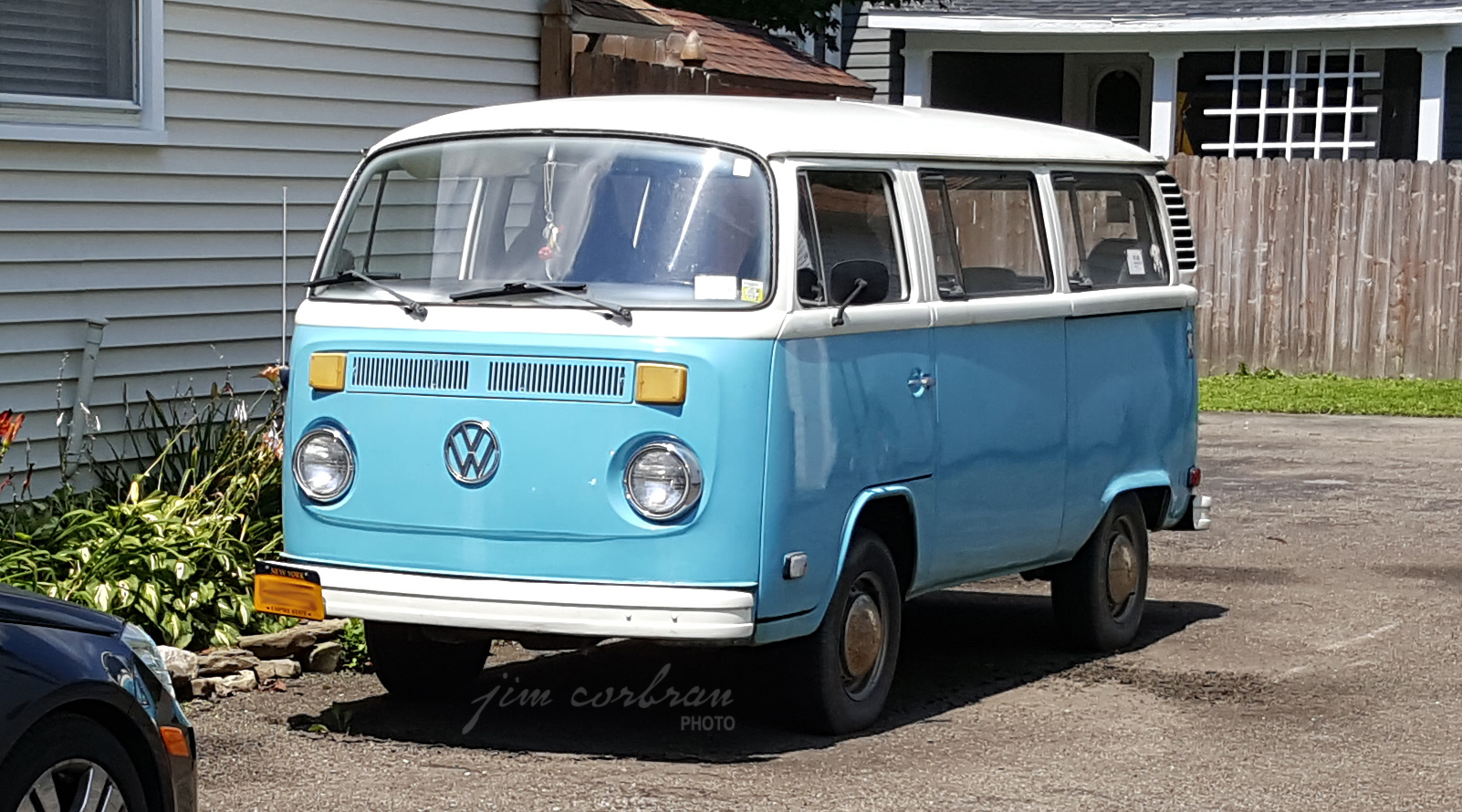 This 1977 Volkswagen Type 2, seen last summer in Springville, seems to have escaped being hippified, if there’s such a word. From the street at least, this old bus seems to appear as it did the day it left the factory. In VW-speak, it wasn’t really a bus in 1977, nor was it a van. It was the VW Wagon. This one’s in Reef Blue, and it’s hard to tell from here if it has the standard seating for seven or the optional seating for nine. For sure though, it doesn’t have the pop-up roof of the Campmobile, but it still has plenty of space inside, as you can see below. 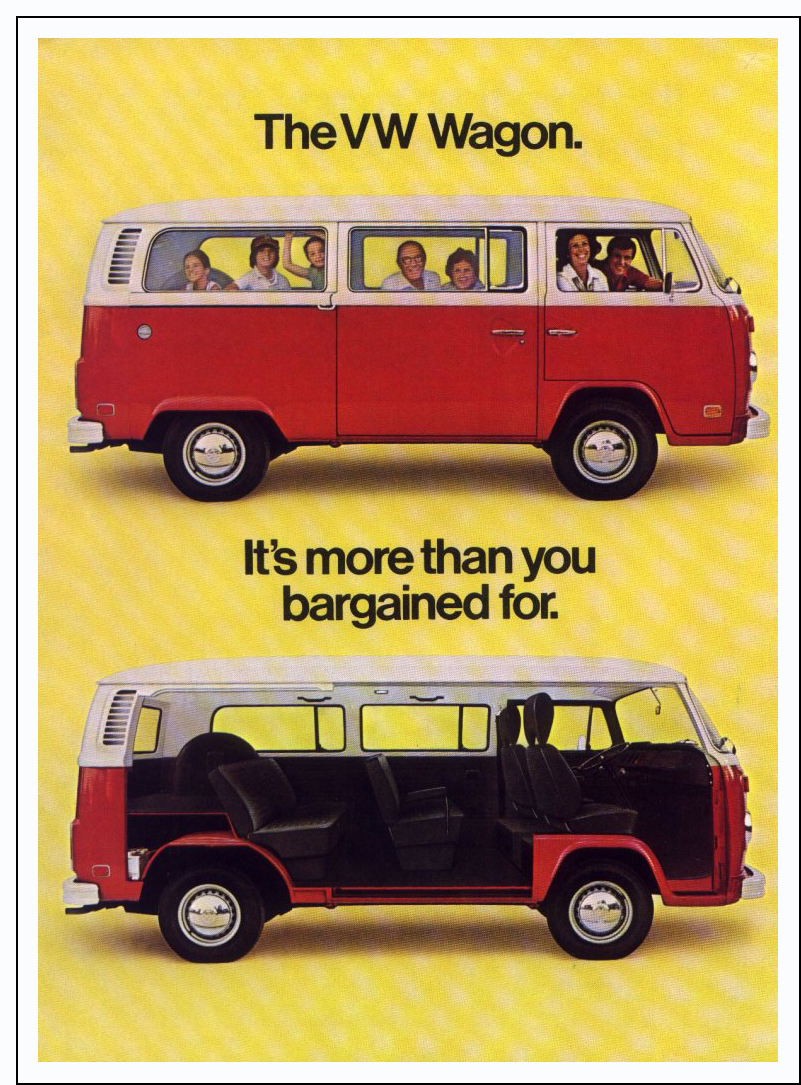