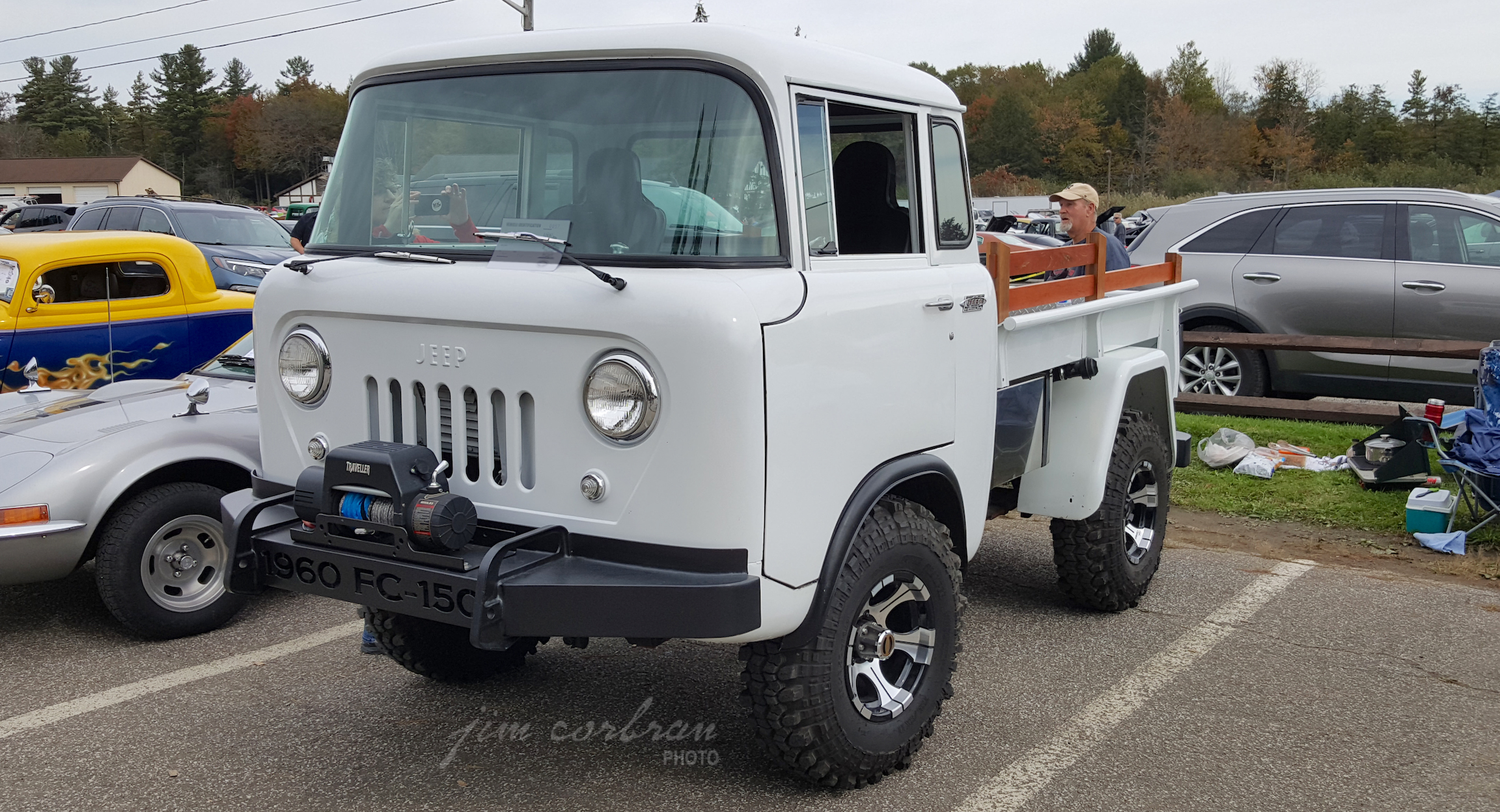 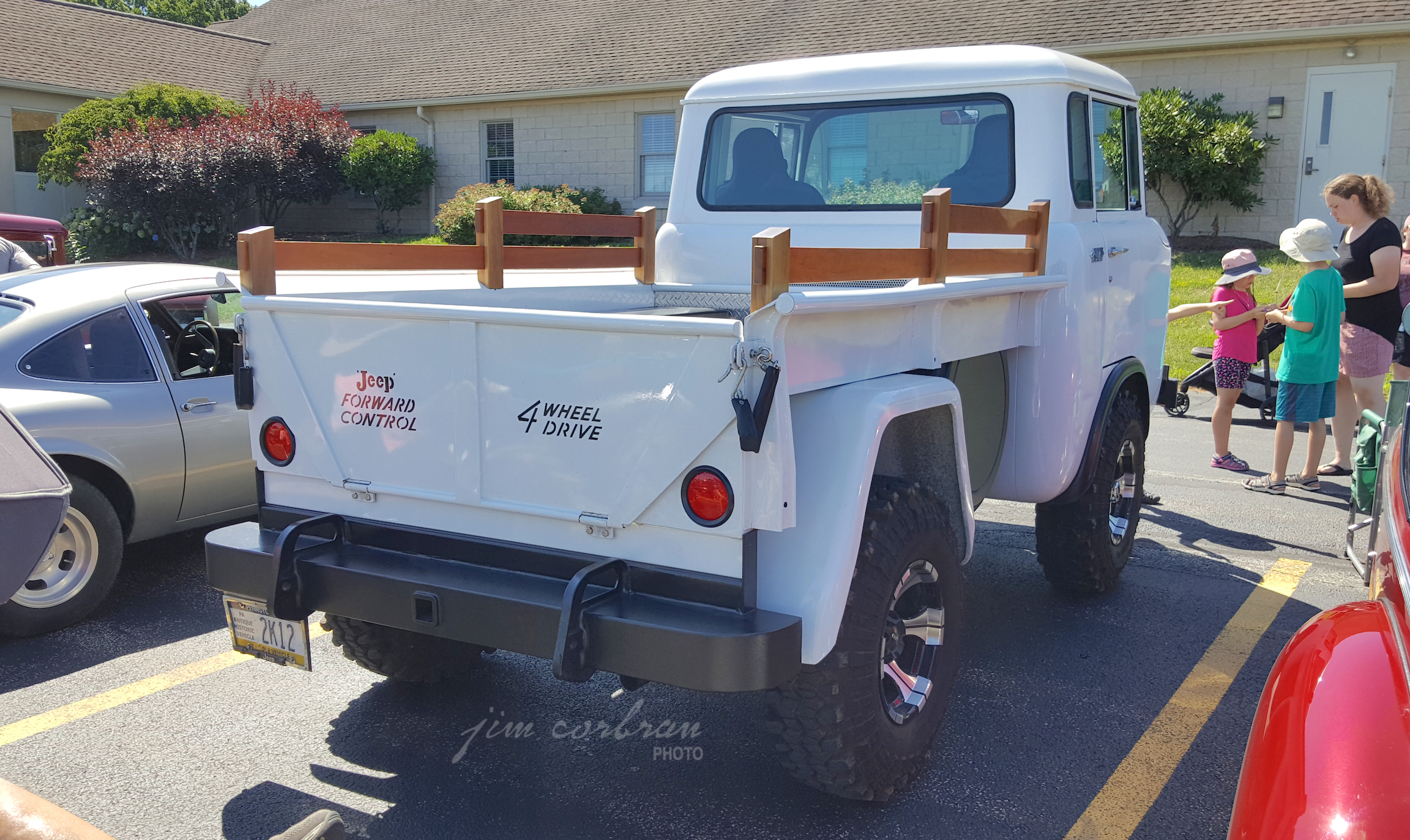 It’s not often that one comes across a 1960 Jeep FC-150 these days. But we’ve come across this one more than once lately. The front view photo is from last October’s Fall Festival Car Show at the Peek’N Peak Resort in Clymer, while the rear photo was taken a few weeks ago at the Orchard Beach Assembly Cruise-In in North East, Pennsylvania. Jeep told us in the brochure that the FC-150 “…puts maximum payload on minimum wheelbase.” It was powered by Jeep’s 4-cylinder F-head Hurricane engine. A longer, six-cylinder-powered FC-170, like the one pictured below from the brochure, was also offered (the “FC” standing for Forward Control.) 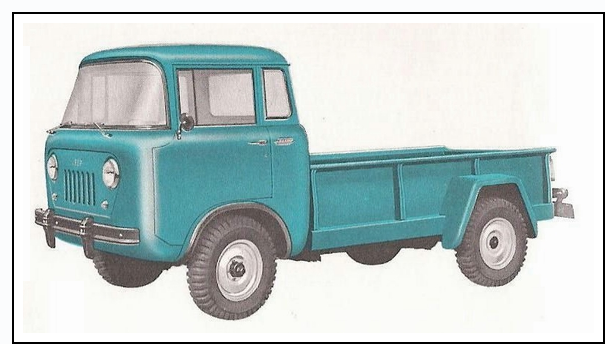