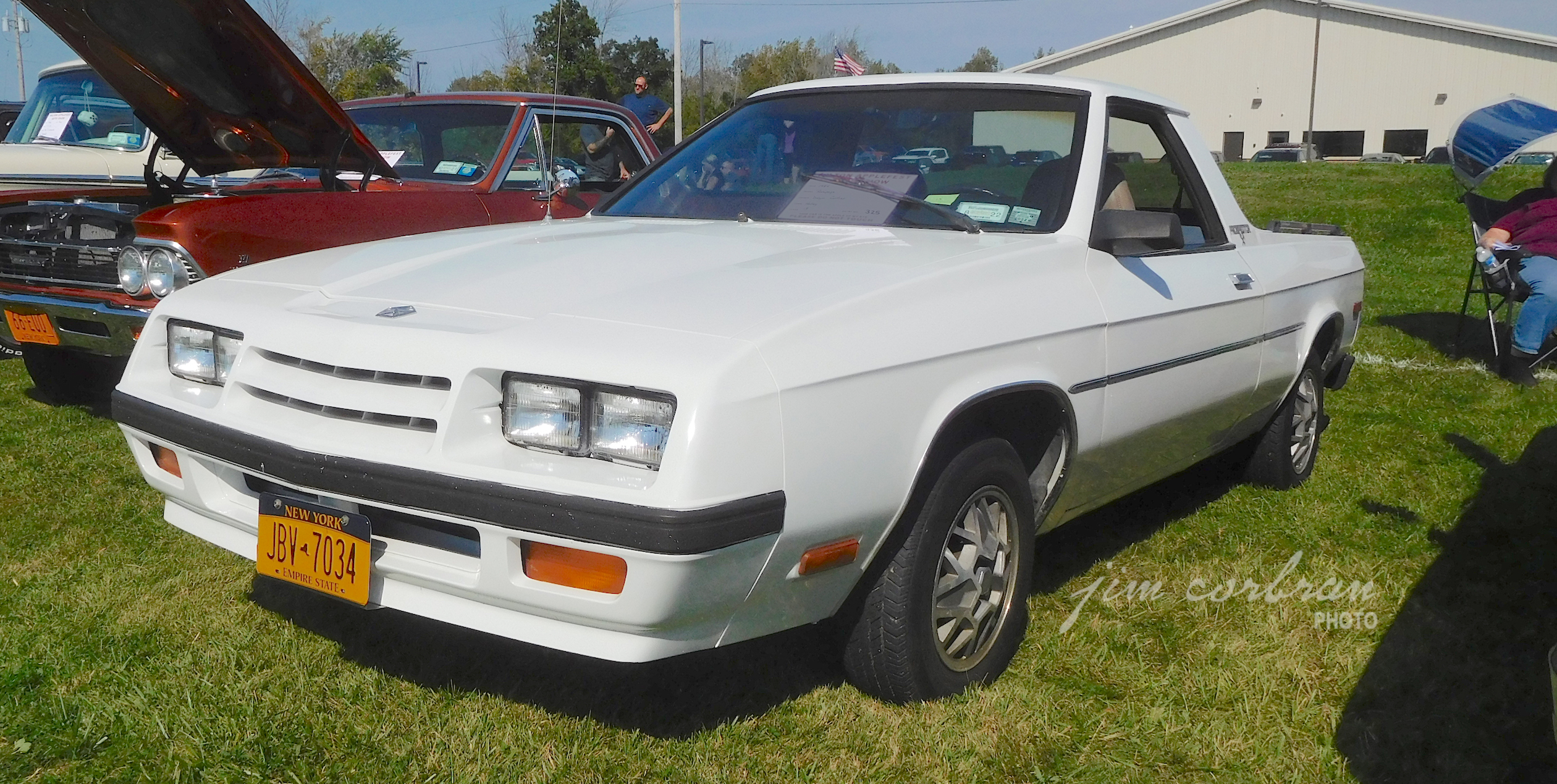 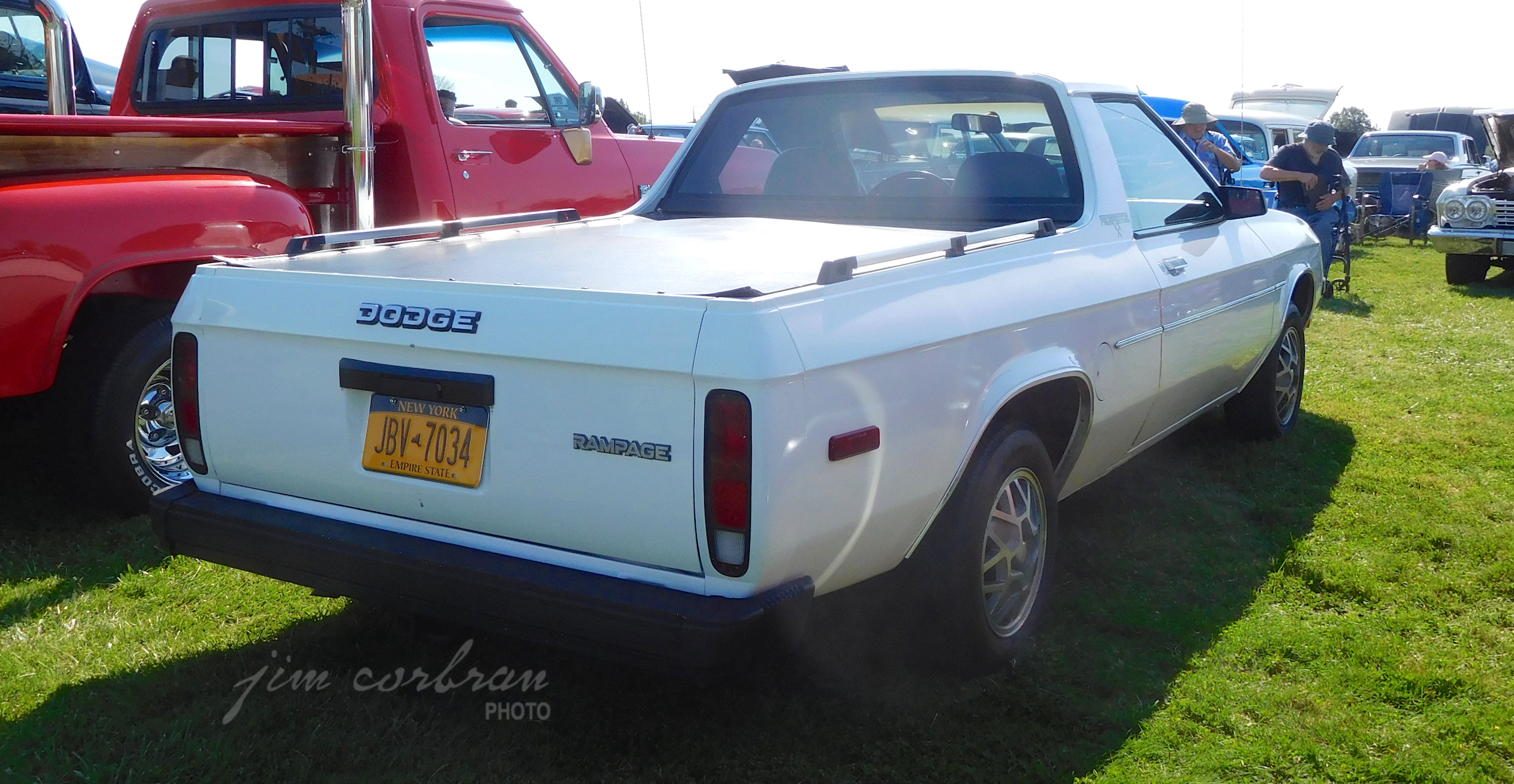 Another rarity is this 1984 Dodge Rampage Prospector. Only 11,732 1984 Rampages were produced, but there were no records found (by me, anyway) which say how many had the Prospector trim package. A window sticker photo we found lists the Prospector Package 1 (code AKA), with a $325.90 discount in the price column, but it doesn’t list the equipment that was included in the package. One online source says the side rails were part of the package, as well as a set of rims that don’t seem to match the ones on today’s RealRide, which we saw at last fall’s Apple Fest Car Show in Hilton. For model year 1983, Plymouth also produced a version of the Rampage which was badged as the Scamp.