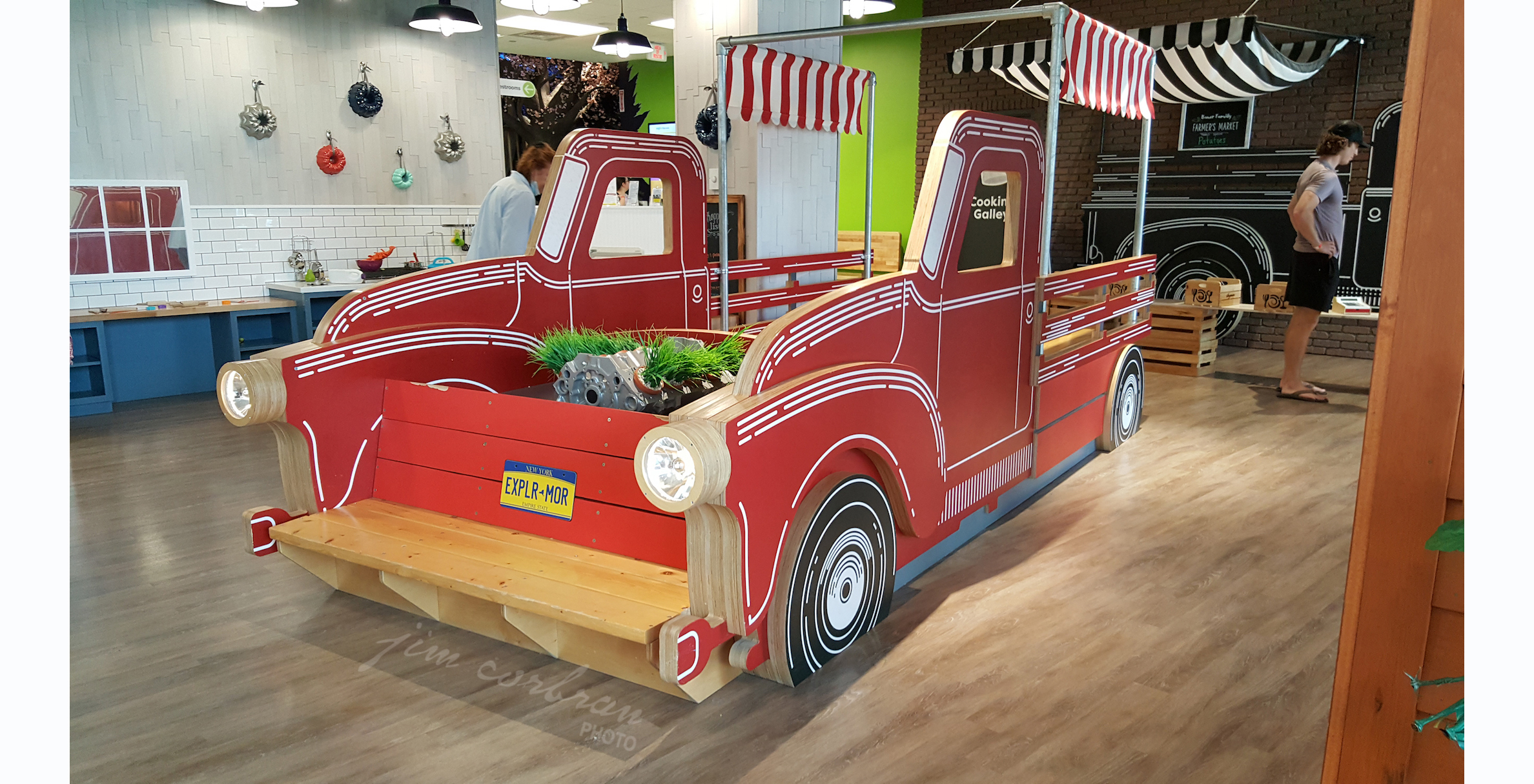 Okay, so maybe it doesn’t actually go anywhere (could it be the grass growing out of the cylinders in the engine block? Maybe the rather flat tires?), but this Stake Truck which we saw last summer at the Ralph C. Wilson, Jr. Explore & More Children’s Museum in downtown Buffalo certainly was eye-catching. If you’ve never ventured down there and you have kids under the age of 12 you should put it on your To-Do list. And just for pure nostalgia’s sake, it sits right at the site once occupied by Memorial Auditorium. Inbound Skyway drivers are now greeted by the site of a giant tricycle atop on the museum's roof, rather than passing seemingly an arm’s length from the roof of The Aud.