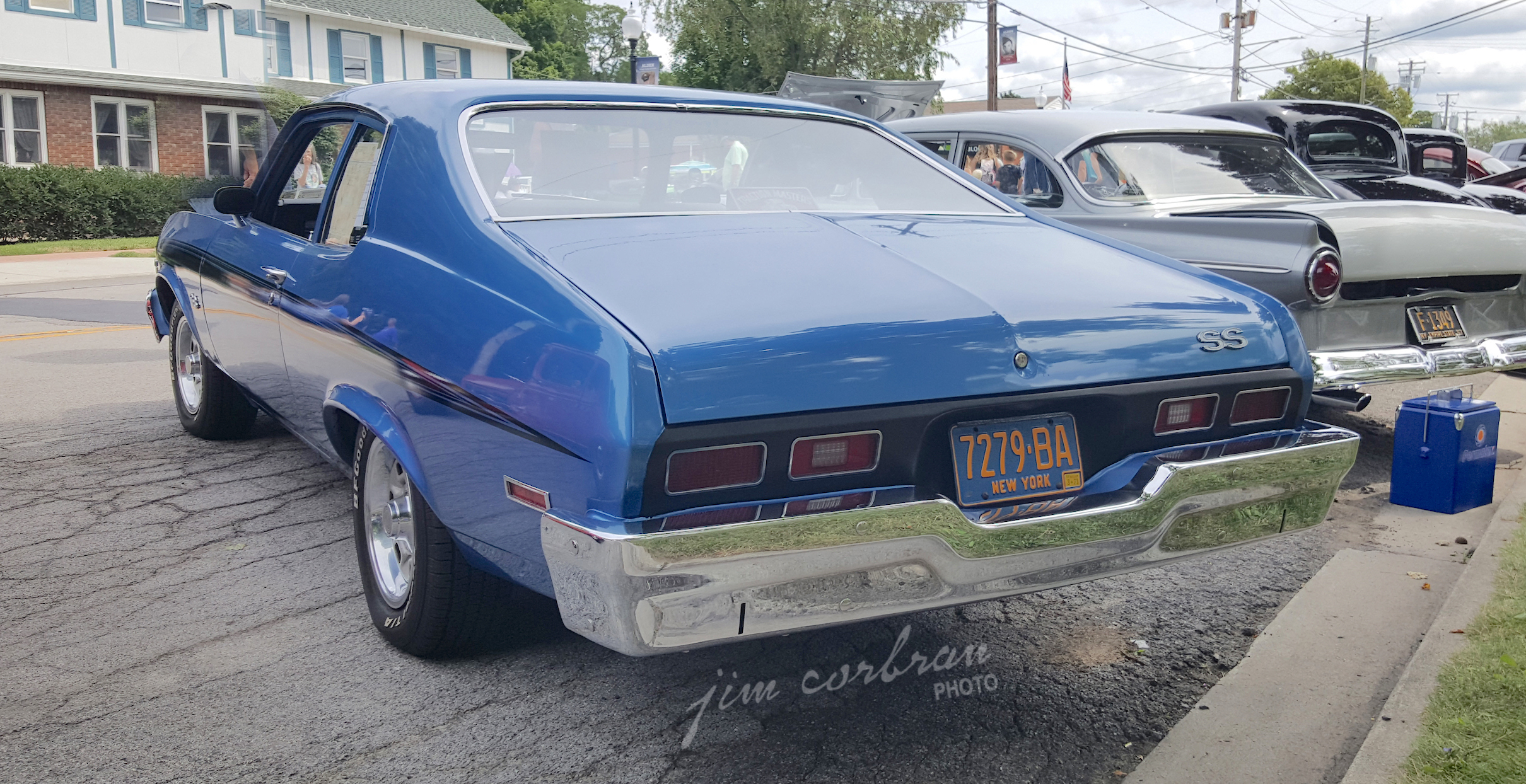 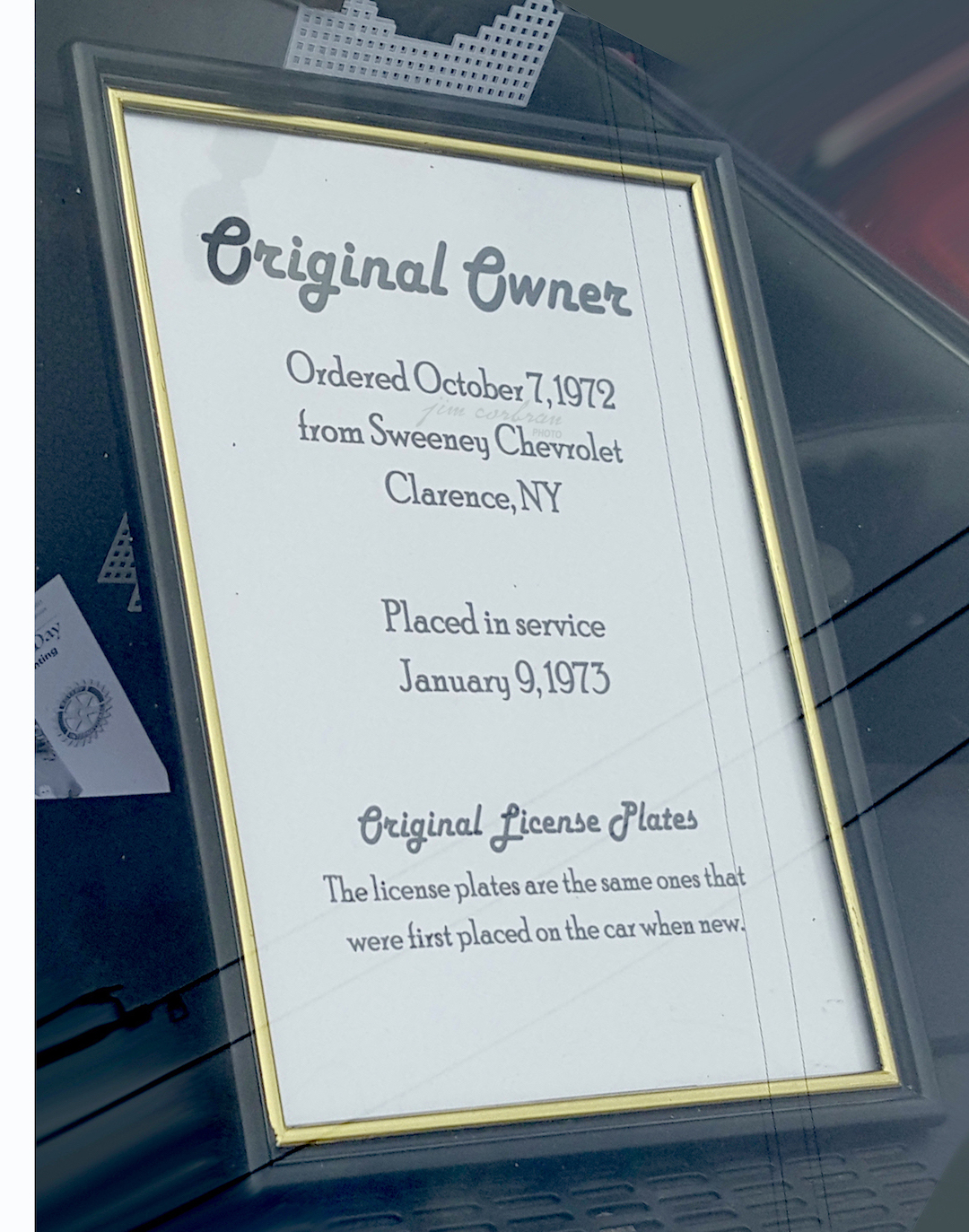 A sign in the window of this 1973 Chevrolet Nova SS (inset) tells us it’s still with its original owner, who bought it from Sweeney Chevrolet on Main Street in Clarence (now the site of the Clarence Secure Storage facility). For model year 1973 the SS wasn’t a distinct series, but rather was an option package available for the Nova & Nova Custom coupe & hatchback. According to the fender badge, this one also has the optional 350cid V8, and it’s wearing the license plates which were first screwed on in January, 1973. We saw it at the 18thAnnual Car Show held earlier this month in Alden.