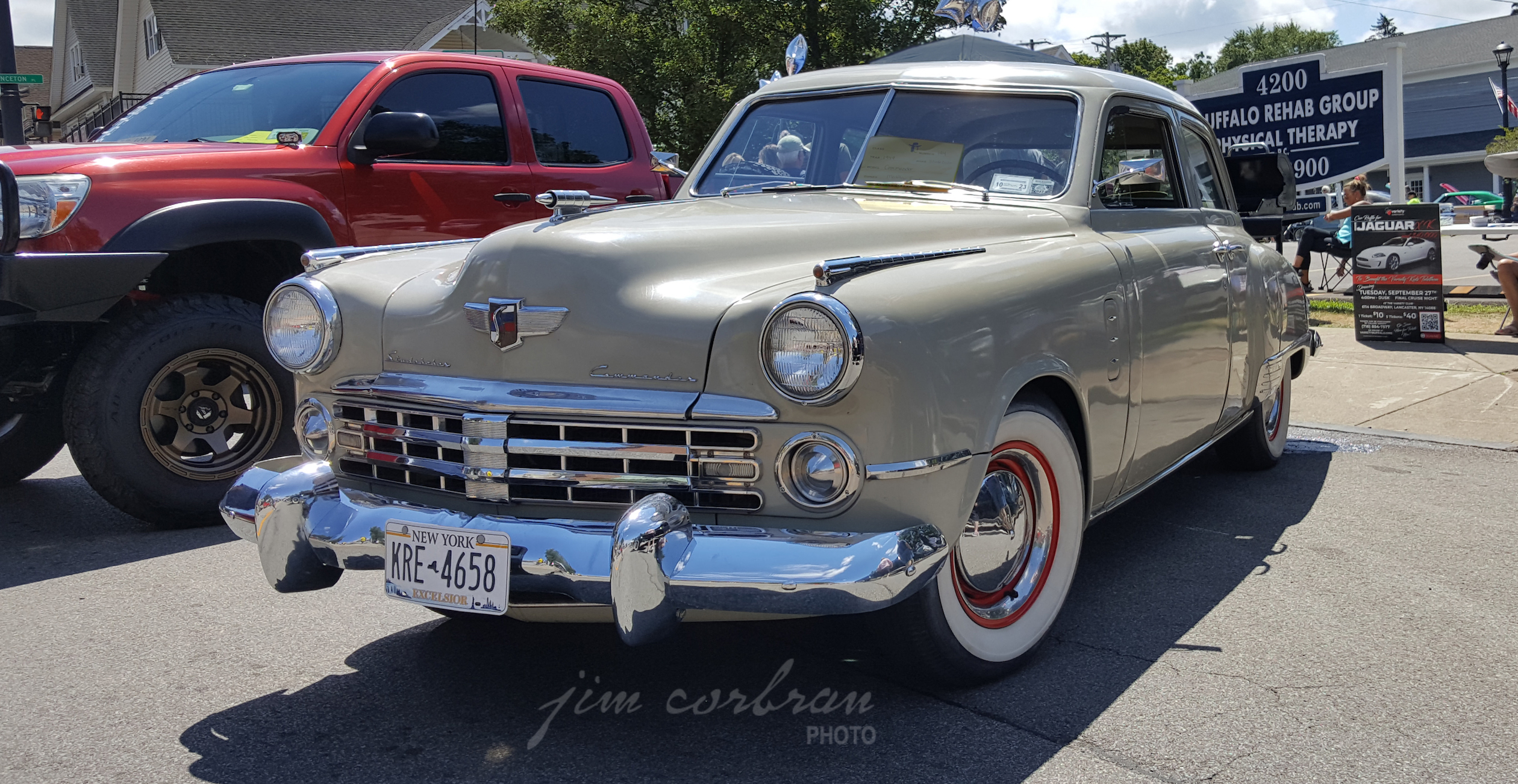 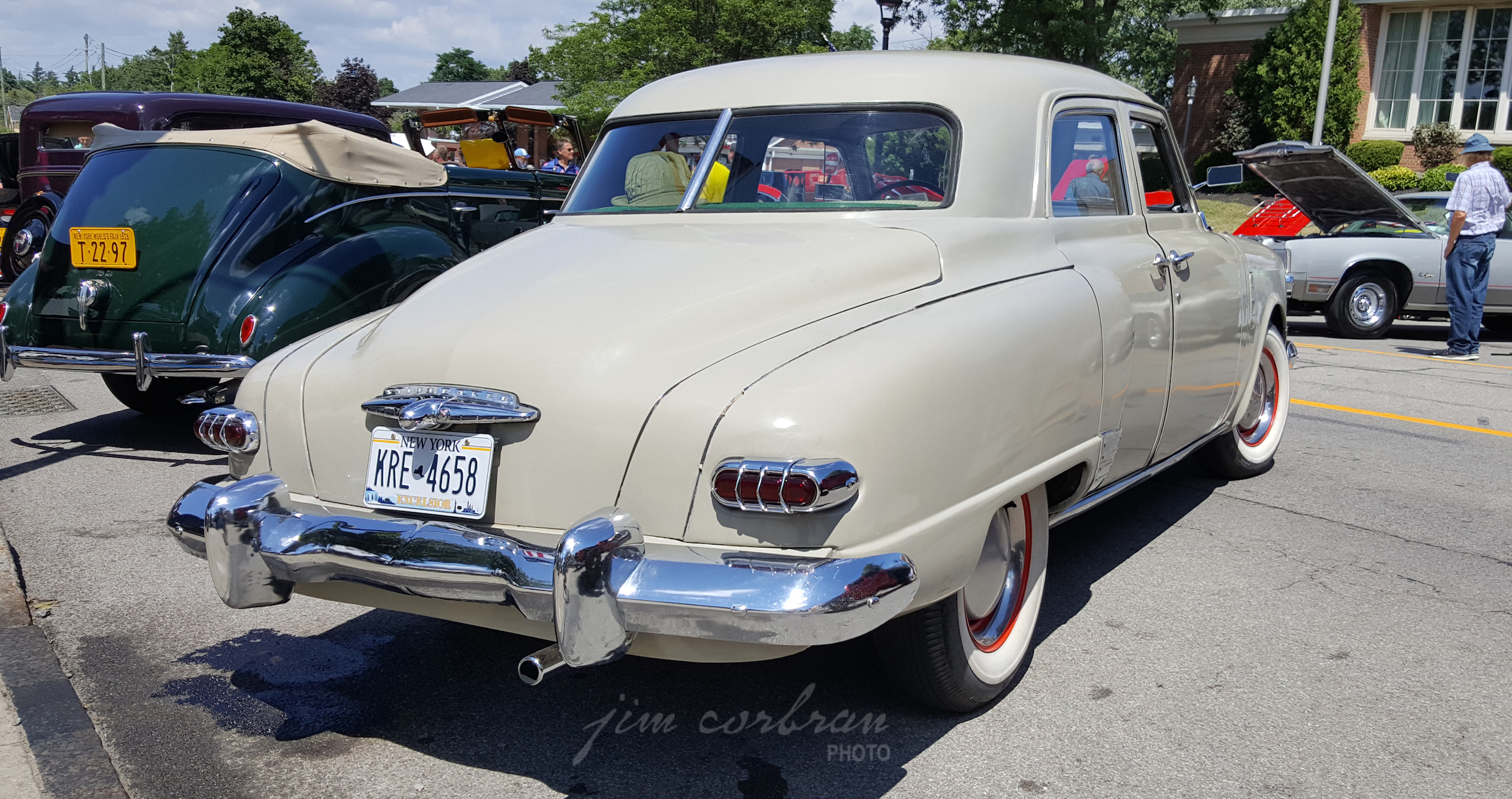 This 1949 Studebaker Commander is from year three of the South Bend, Indiana manufacturer’s post-war design. They were still offering the same, two-model line-up — which also included the base Champion — that ushered in the new-for-1947 cars. The pricier President was dropped after 1942, and not brought back until 1955. There may have been only two nameplate offerings, but both the Champion  (112-inch wheelbase) and the Commander (119-inch wheelbase) were available in DeLuxe and Regal DeLuxe versions. In addition, a Commander Land Cruiser four-door sedan rode a 124-inch wheelbase. We saw today’s RealRide at the 27th Annual Quaker Days Car & MC Show in Orchard Park.