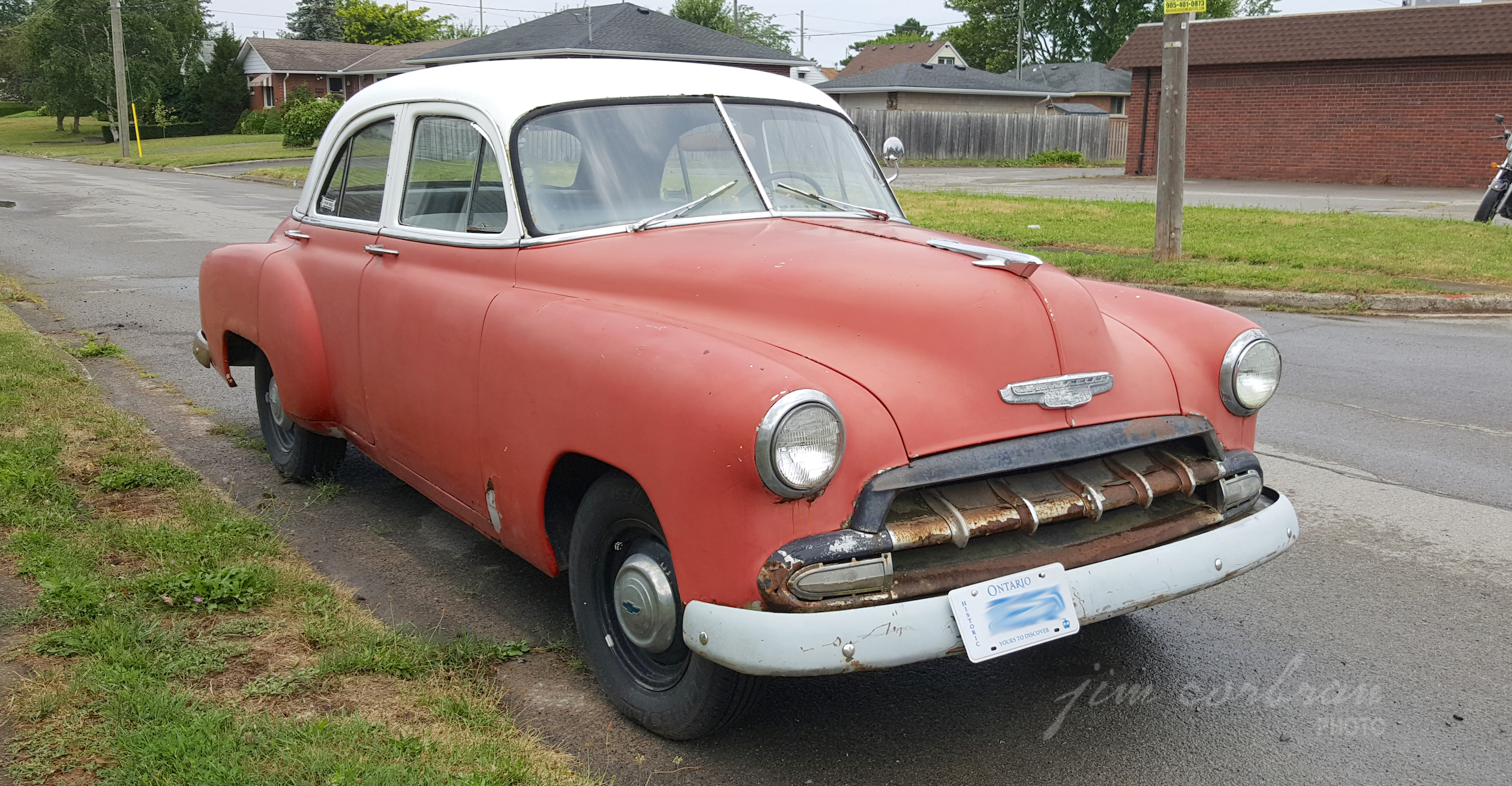 If you’d-a blindfolded me and dropped me in front of this 1952 Chevrolet Styleline Special and told me I was in a foreign country, I would have guessed Havana, Cuba. I’d-a been wrong. We actually saw this eye-catching white-over coral-ish sedan a few weeks ago in Fort Erie, Ontario, a few blocks from the mighty Niagara River. The Styleline Special was certainly the base model Chevy for 1952, with its dearth of trim. I don’t know if this is the original paint color or not (it’s certainly not the factory paint job), but it looks pretty close to a color Chevy called Bittersweet. You can see all of the factory choices below. 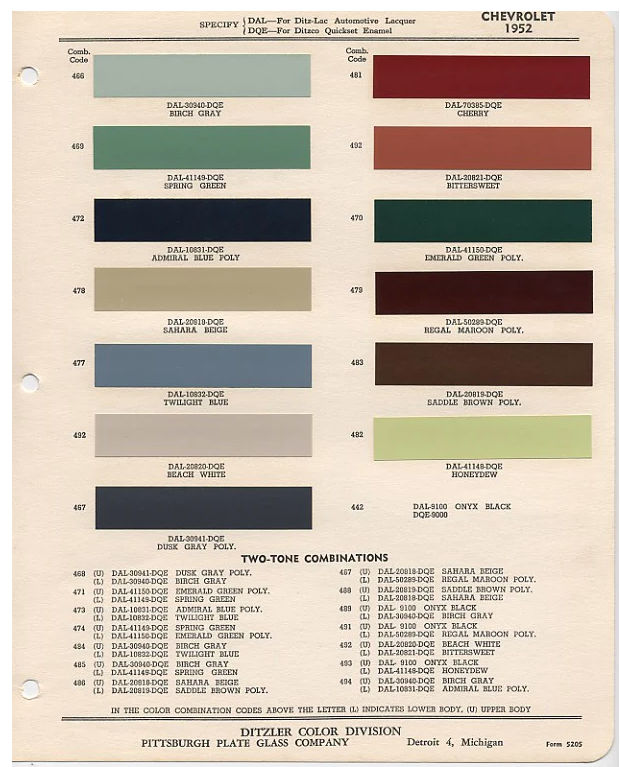