Raise your hand if you’ve come across a 1979 Dodge St. Regis out in the wild in the last year or two. Didn’t think so. How about the last decade? Probably not. But we came across this one a couple of weeks ago while bicycling through through the Old First Ward in Buffalo. I imagine a good number of these cars were police cruisers/taxi cabs that have since been put out to pasture. This one has that look about it, mostly due to the wheel/hubcap combo (yes, easily replaced), the lack of a padded top, and no evidence of the glass headlamp door covers seen on most St. Regises of the day (like the brochure illustration below). The size of this car makes it difficult to believe that it was actually downsized from the 1977 Monaco, which it replaced in the full-size Dodge lineup (there was no 1978 full size car in either the Dodge or Plymouth showrooms). 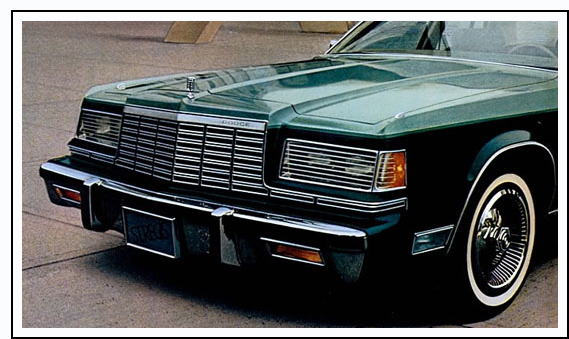