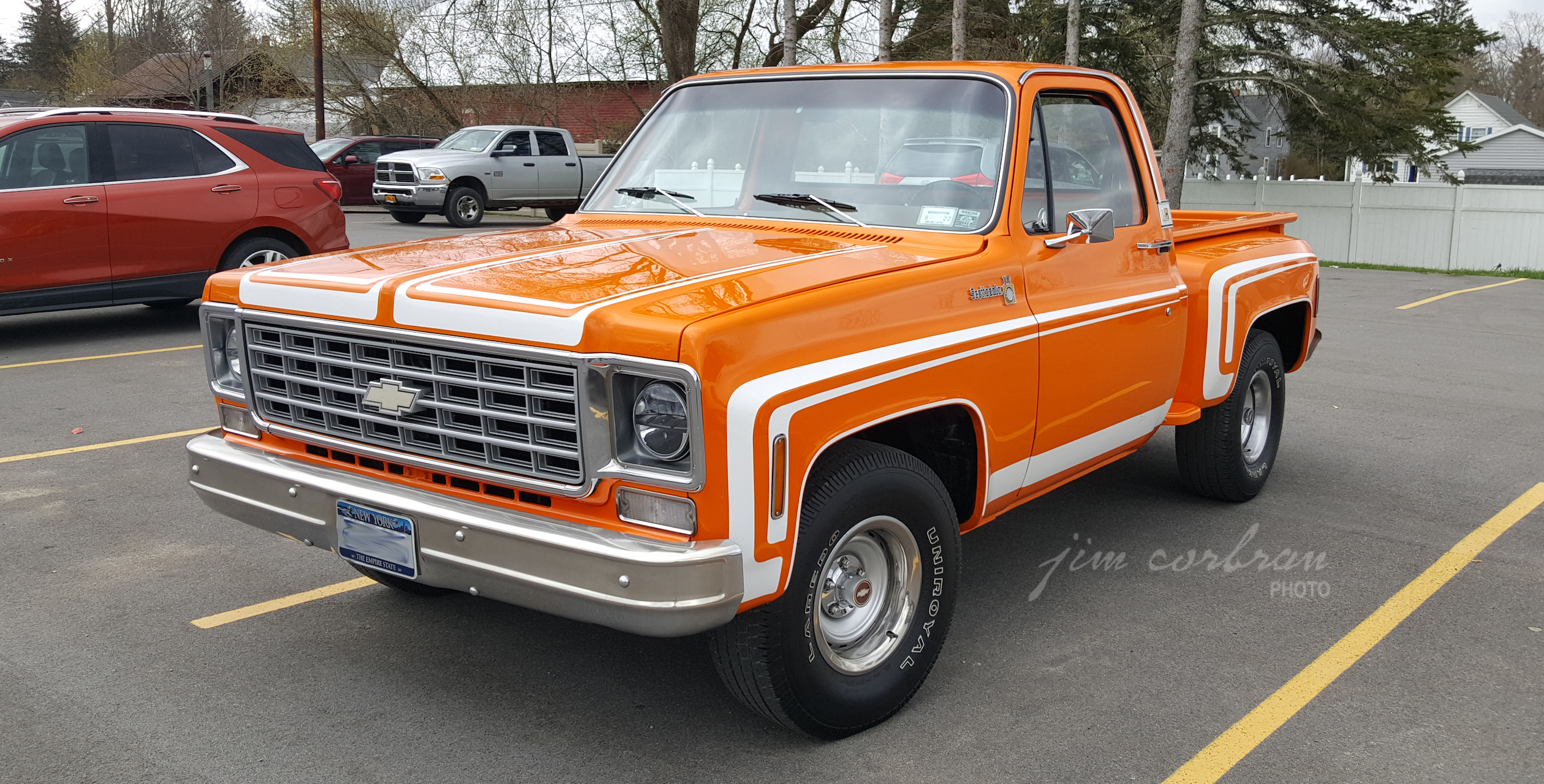 One sure way to make sure you can always find your 1976 Chevy C10 Scottsdale Stepside in a crowded parking lot is to order it with a bright orange paint job. Today’s RealRide, seen earlier this year in Franklinville, looks just like the one in the brochure (except for its knobby tires) touting a new (unnamed) trim package available for the C10 Stepside which could be had in blue, orange, red, or black. See the other features in the brochure blurb below. Stepsides (so named for the “step” on the “side” between the cab and the box) could be had with either a six- or an eight-foot cargo bed. This appears to be the shorter one. 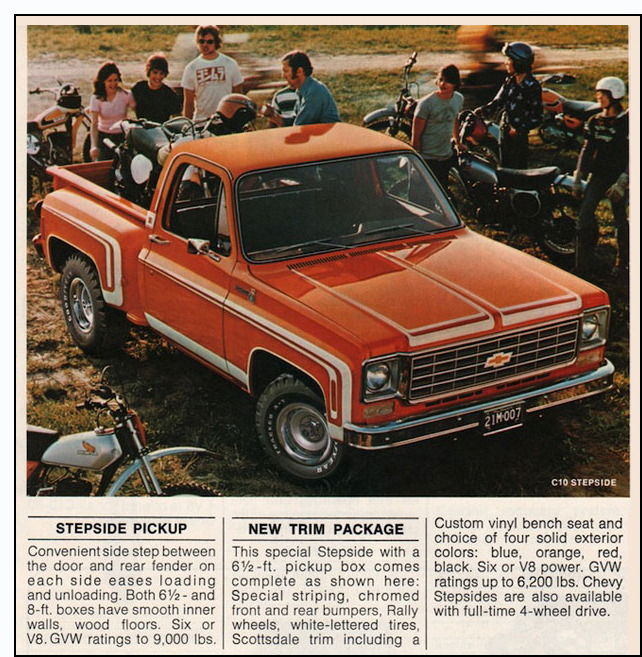