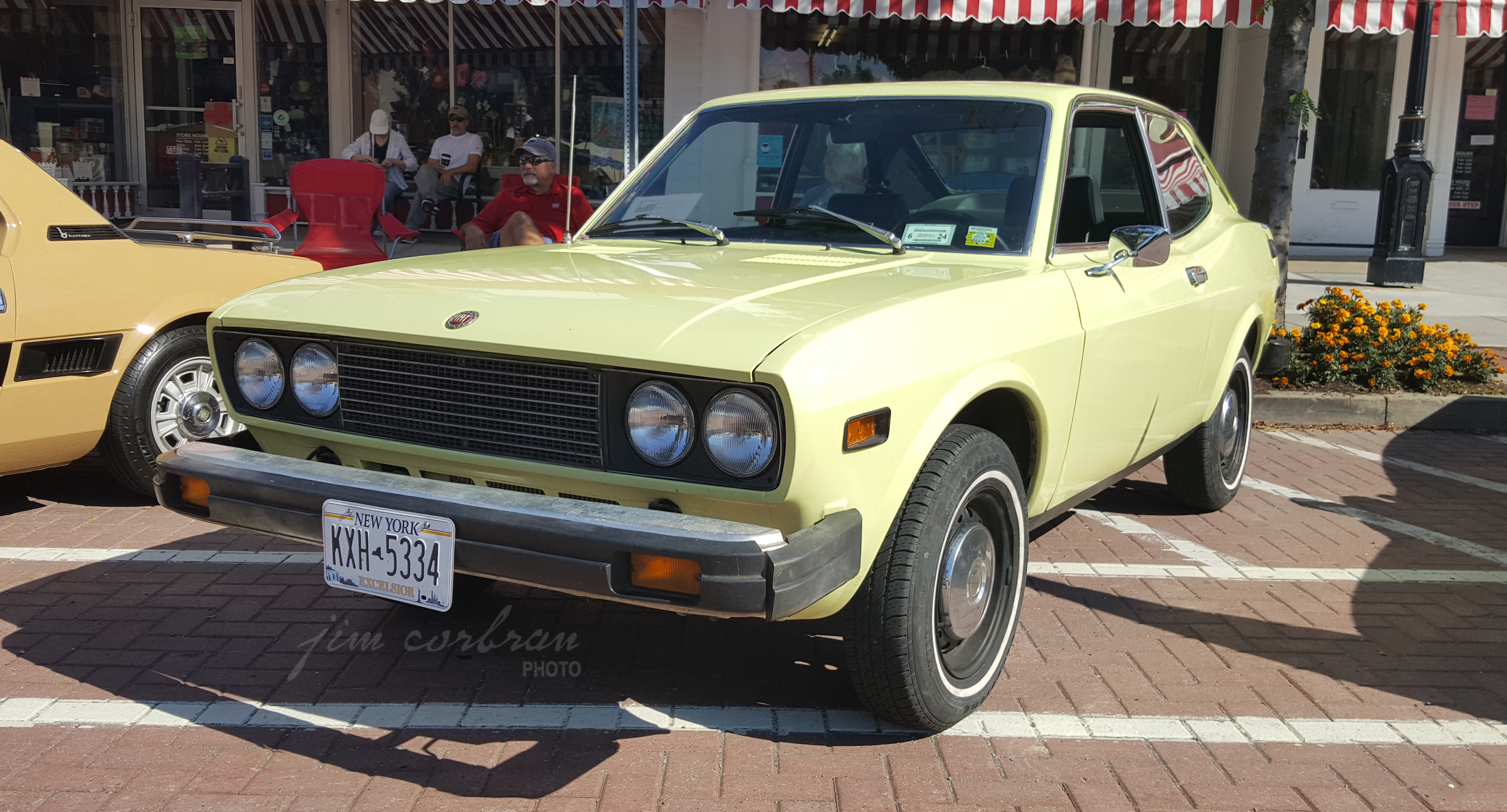 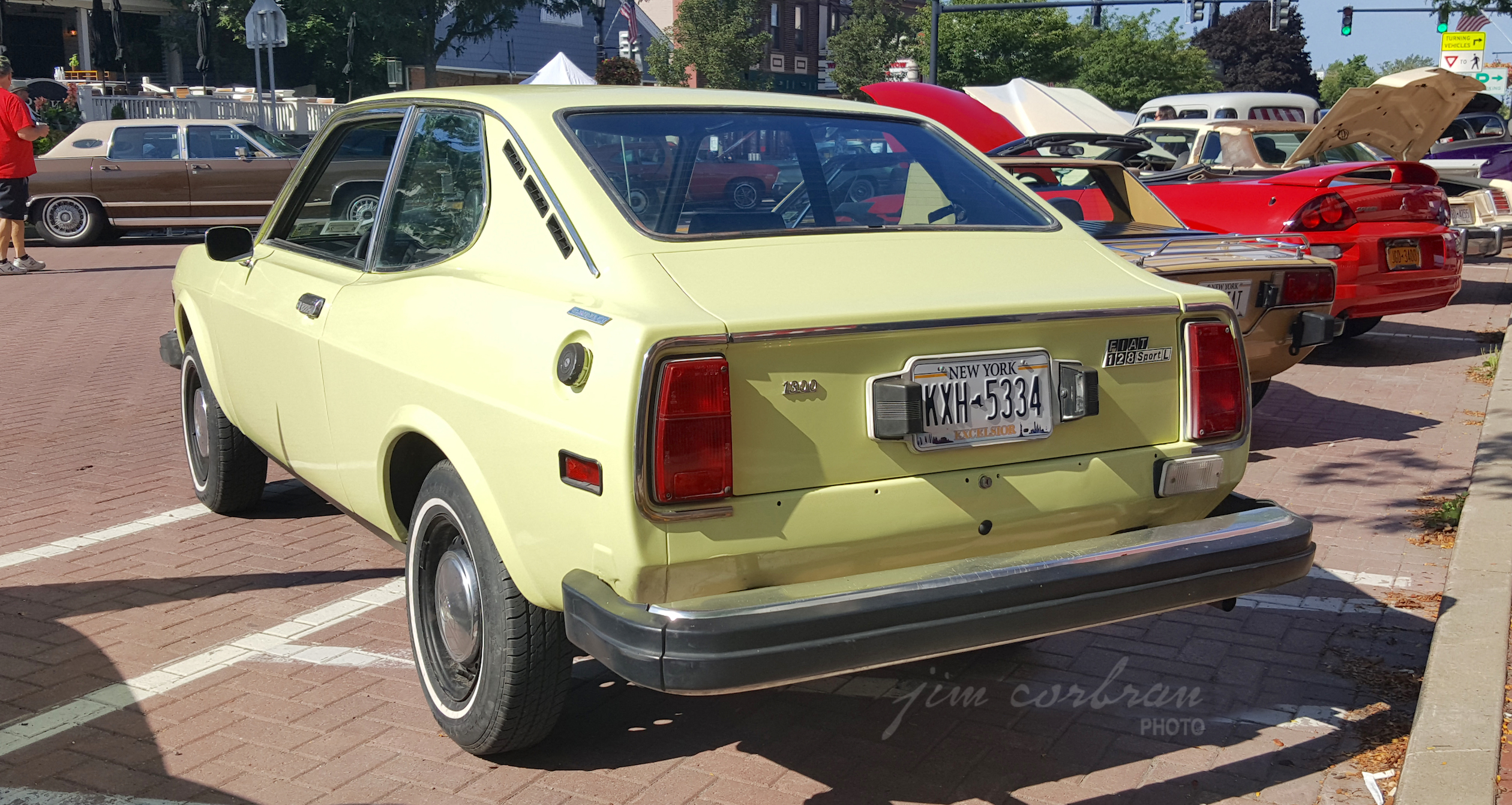 Today marks the first appearance of a 1975 Fiat 128 Sport L Coupe on the RealRides pages. We came across it at this year’s Toy Town Car Show in East Aurora. A separate badge on the rear (1300) refers to the car’s 1290cc transversely mounted SOHC inline four, which drives the front wheels via a floor-mounted four-speed transmission. It’s owned by Chaffee’s Owen Stacey, who is president of the WNY chapter of the Fiat Club of America. Keen observers will notice that it’s parked next to the only (we think) other Fiat we saw at the show, a 1974 X1/9 which we featured here back in June of 2021.