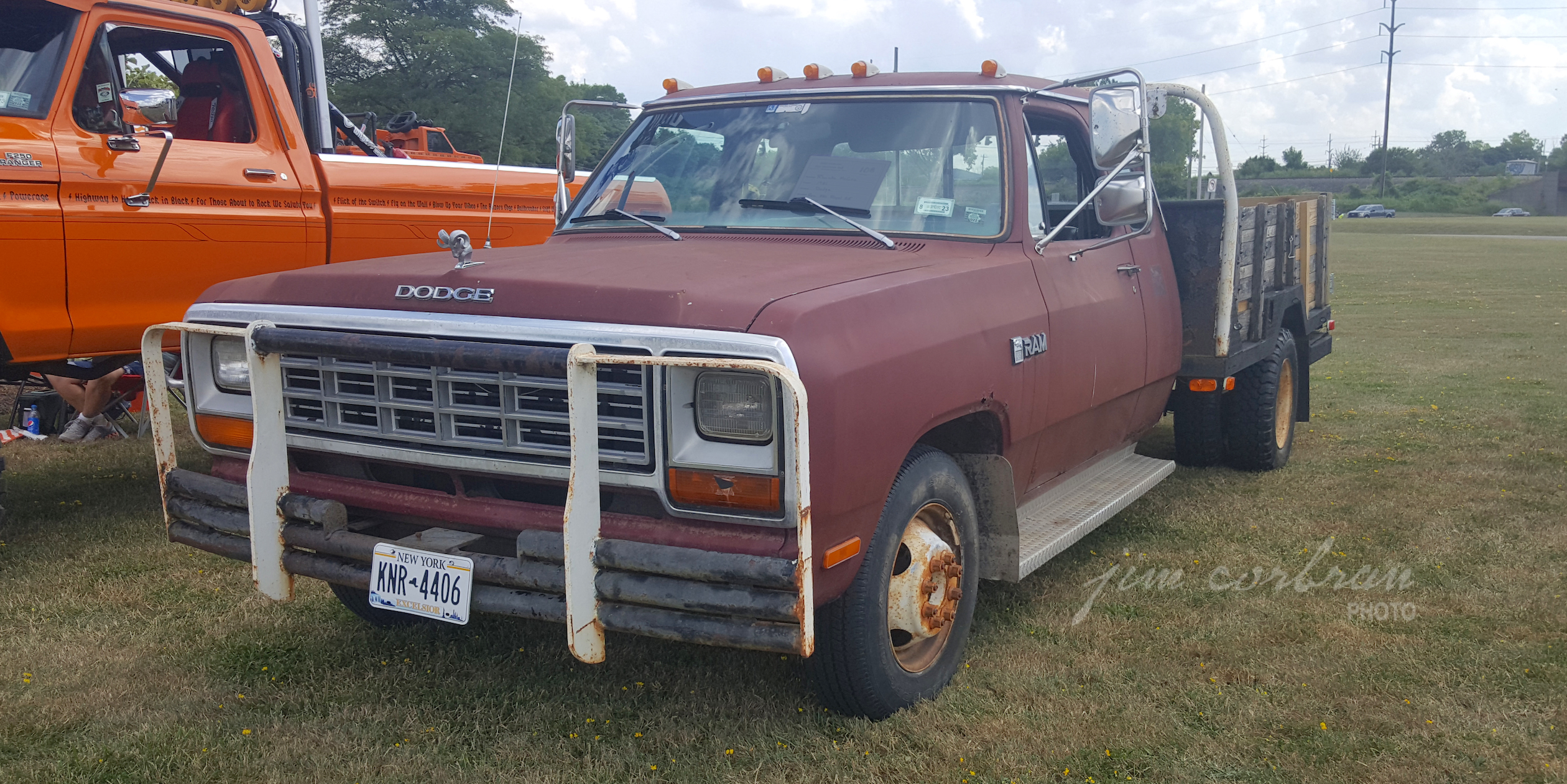 I’m guessing that this 1981 Dodge Ram D350 Royal S.E. is still seeing duty as a work truck, judging from the ramdom bits strewn about the bed and the fact that only some of the wood in the back has been replaced; IMO a “show truck” would most likely have undergone a complete replacement back there. Then again... maybe not. The Royal S.E. (we’re assuming the S.E. stands for Special Edition) was largely an interior/exterior trim package, available on all pickup models (which today’s RealRide essentially is) except for Club Cabs. It’s kind of refreshing to see something like this at an organized car show. This one showed up a couple of weeks ago at the 22nd Annual UAW/GM Buy American Car Show at the GM plant in Lockport.