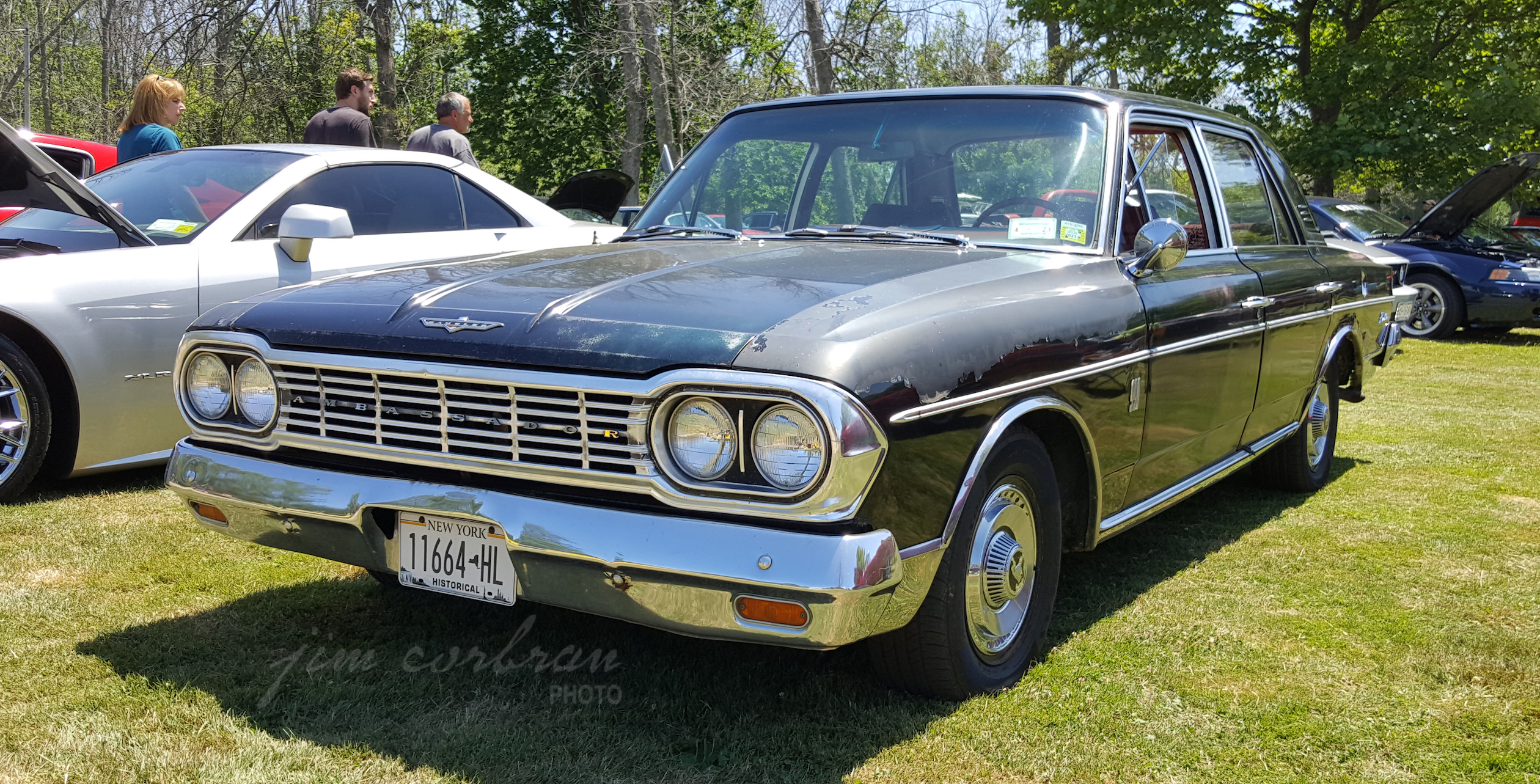 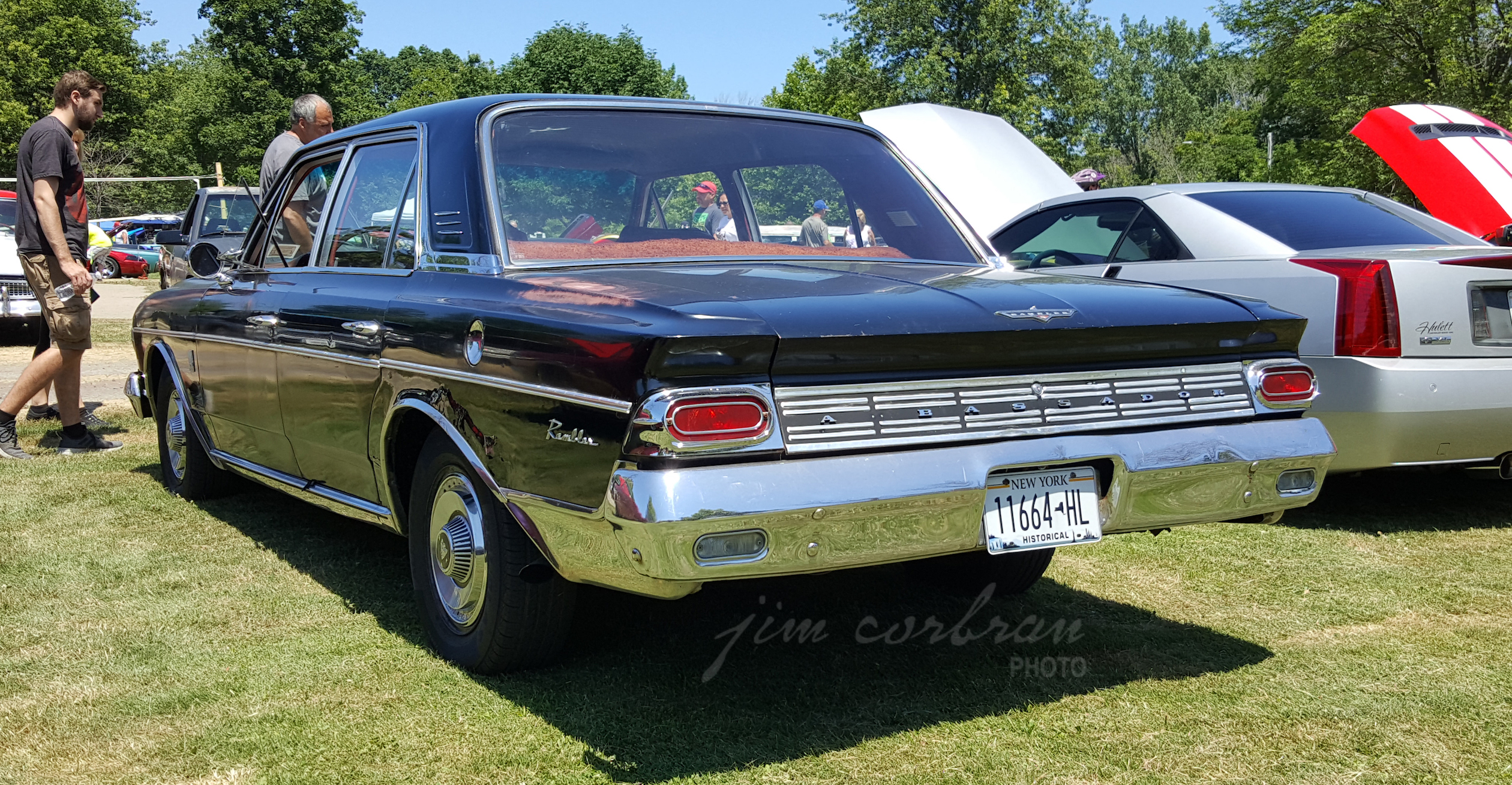 The 1964 Rambler Ambassador 990 was touted as the Kenosha manufacturer’s “...superb, limited-edition series.” It was basically the bread-and-butter Classic series with a standard V8, along with fancier trim and a nicer interior. In my humble opinion, it was a good value for just a $311 premium over the Classic 770 with an inline six… but from a half-block away your neighbors couldn’t tell the difference between the two without binoculars, which probably explains the fact that Rambler sold over 14,000 770 sedans while only managing a total of 18,519 for the entire Ambassador lineup (sedan, two-door hardtop, four-door wagon, and the top-o-the-line 990H hardtop). We came across this one at the annual Harbor Cruise car show this past July in Dunkirk.