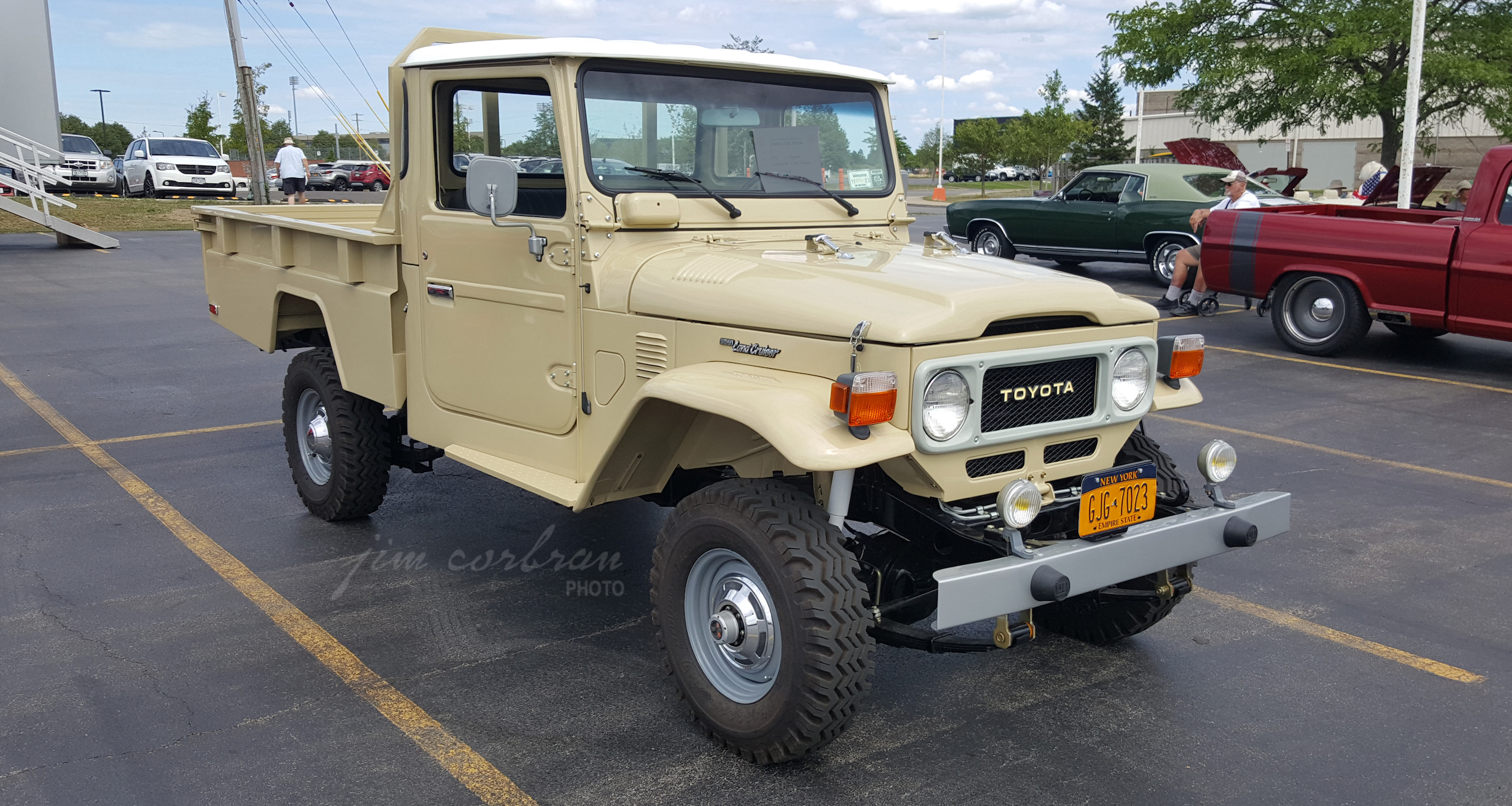 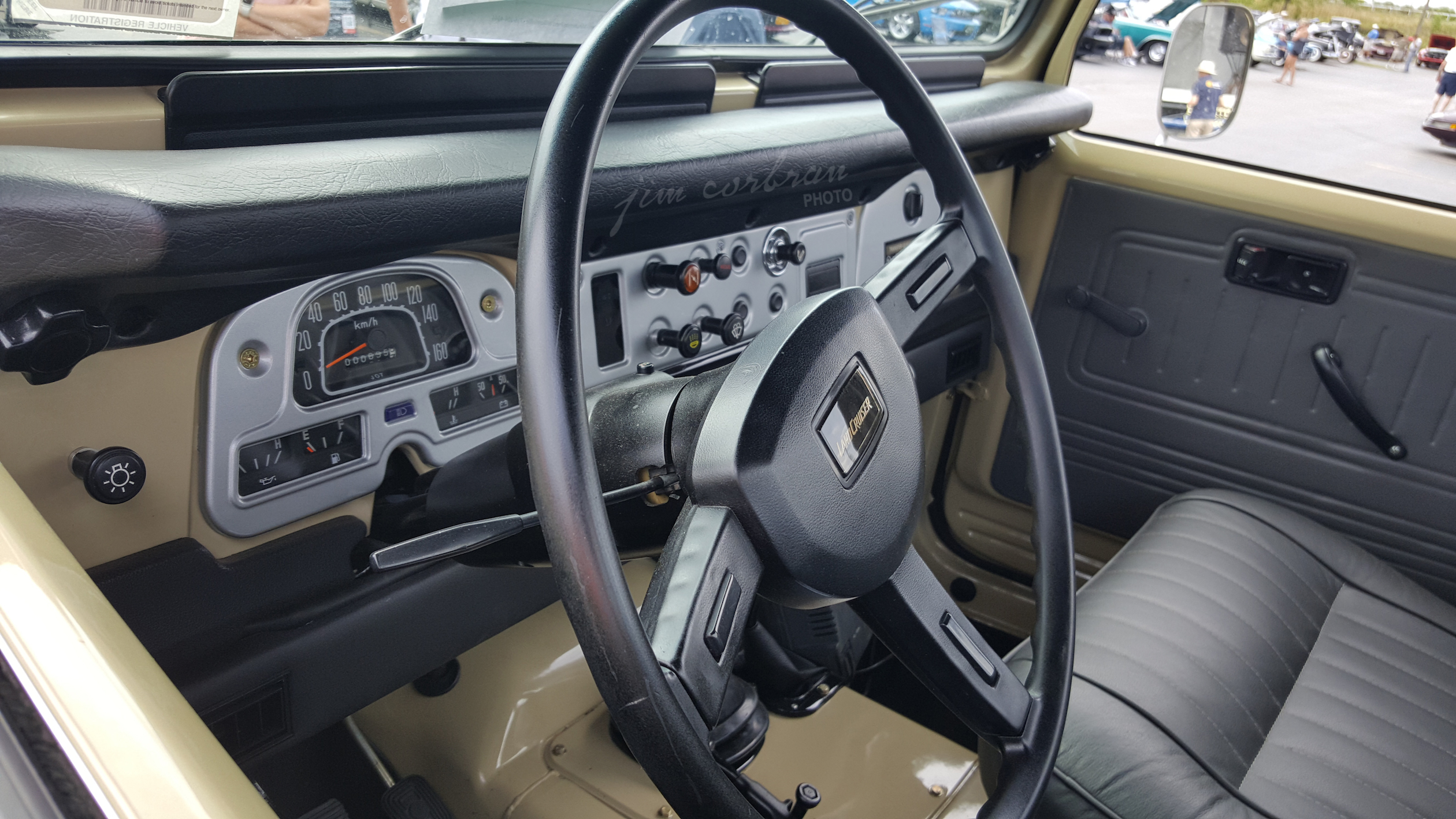 A rarity in these parts (it was never officially exported to the U.S.) is this 1985 Toyota FJ-45 Land Cruiser. This one, not surprisingly if you look at the photos, has undergone an extensive restoration and looks like it just drove off the new-car lot. Grand Island’s Roger Trettel brought it to this year’s Amherst/Williamsville Rotary Clubs Car Show at the Northtown Center in Amherst last month. We’re used to seeing the Land Cruiser in its station wagon or SUV shape, but this pickup definitely turned some heads.