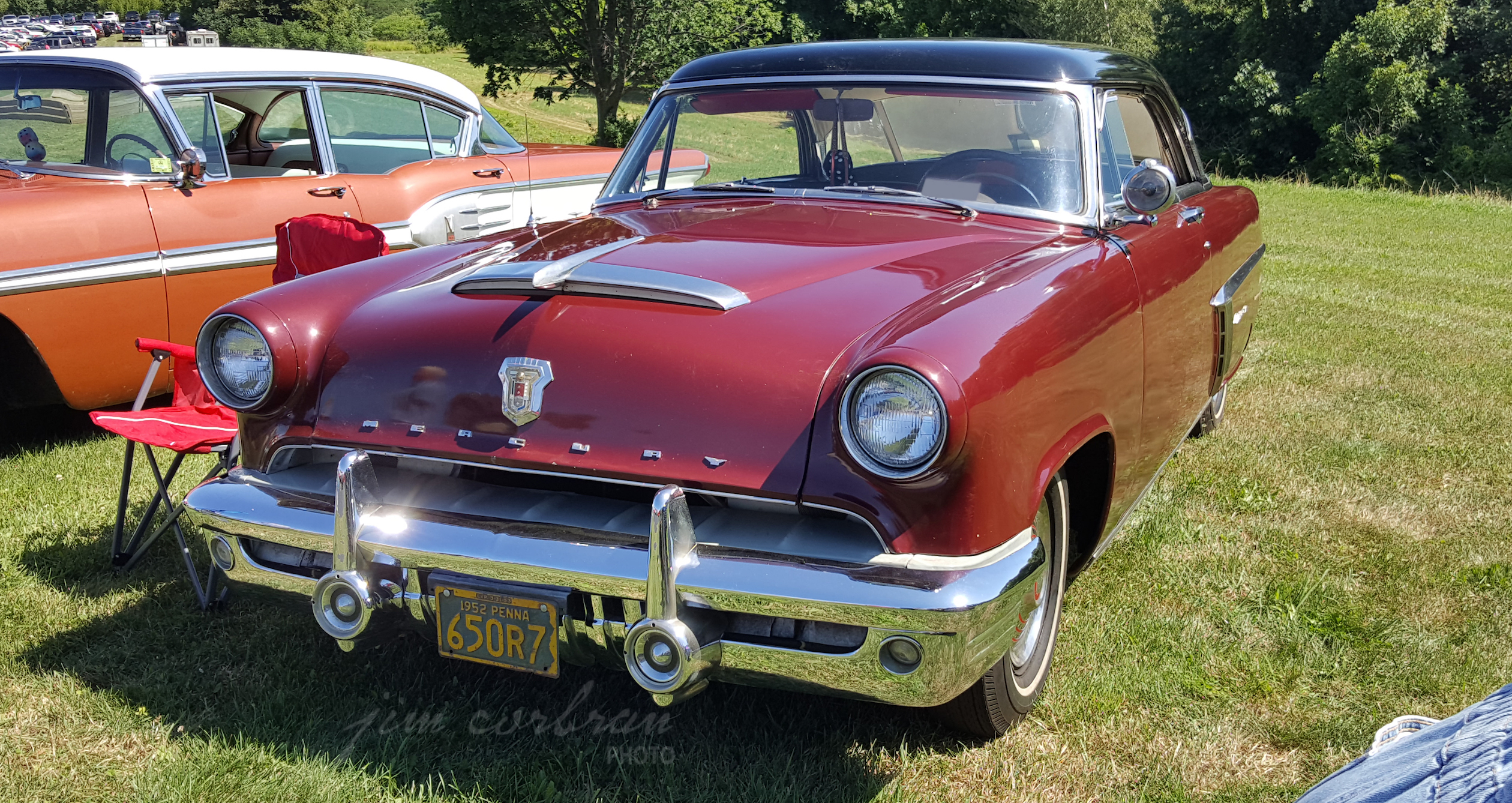 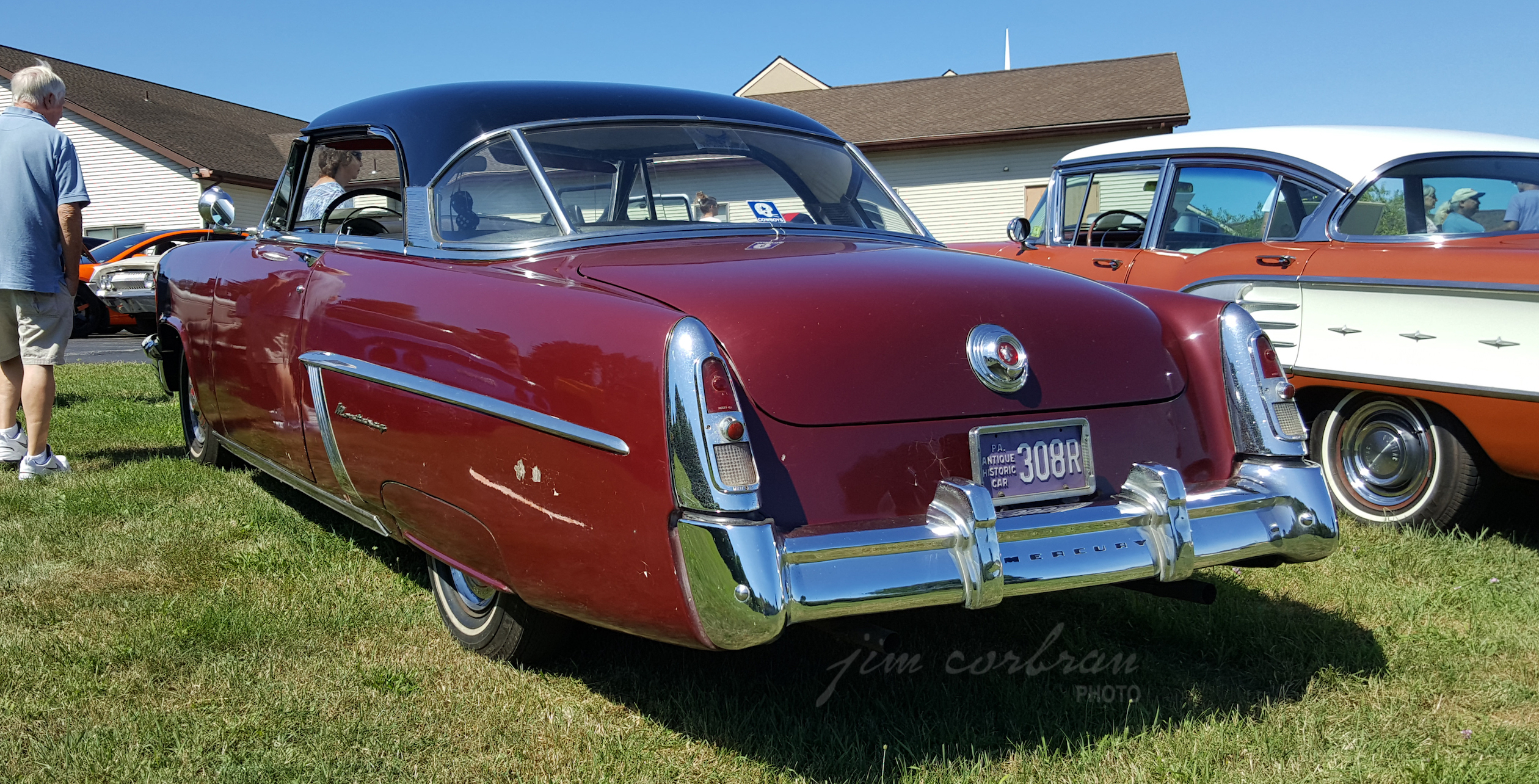 This 1952 Mercury Monterey is one of two hardtop models offered that year at Merc dealers. Both two-doors, the other one was in the Mercury Custom line, called the Sport Coupe. Model year 1952 brought a complete makeover for all of Ford’s lines, with both Lincoln and Mercury losing the suicide doors on their four-door models. The Monterey name was introduced the year before on a spiffed-up two-door sedan with a padded top (much like Ford’s Crestliner) meant as a placeholder to try and compete with the competitions’ pillarless hardtops. We saw today’s RealRide earlier this summer at a cruise-in held at the Orchard Beach Assembly in North East, Pennsylvania.