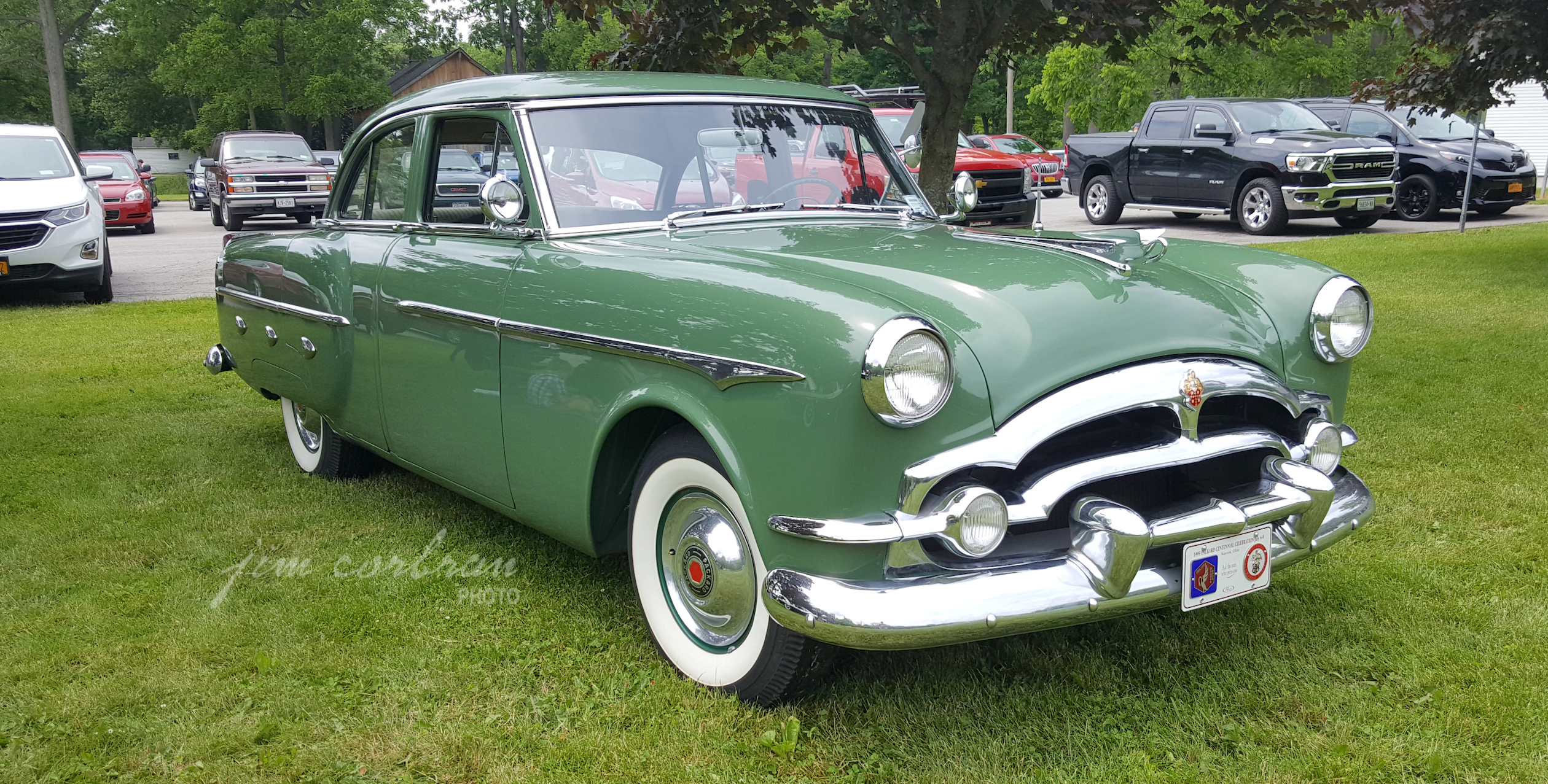 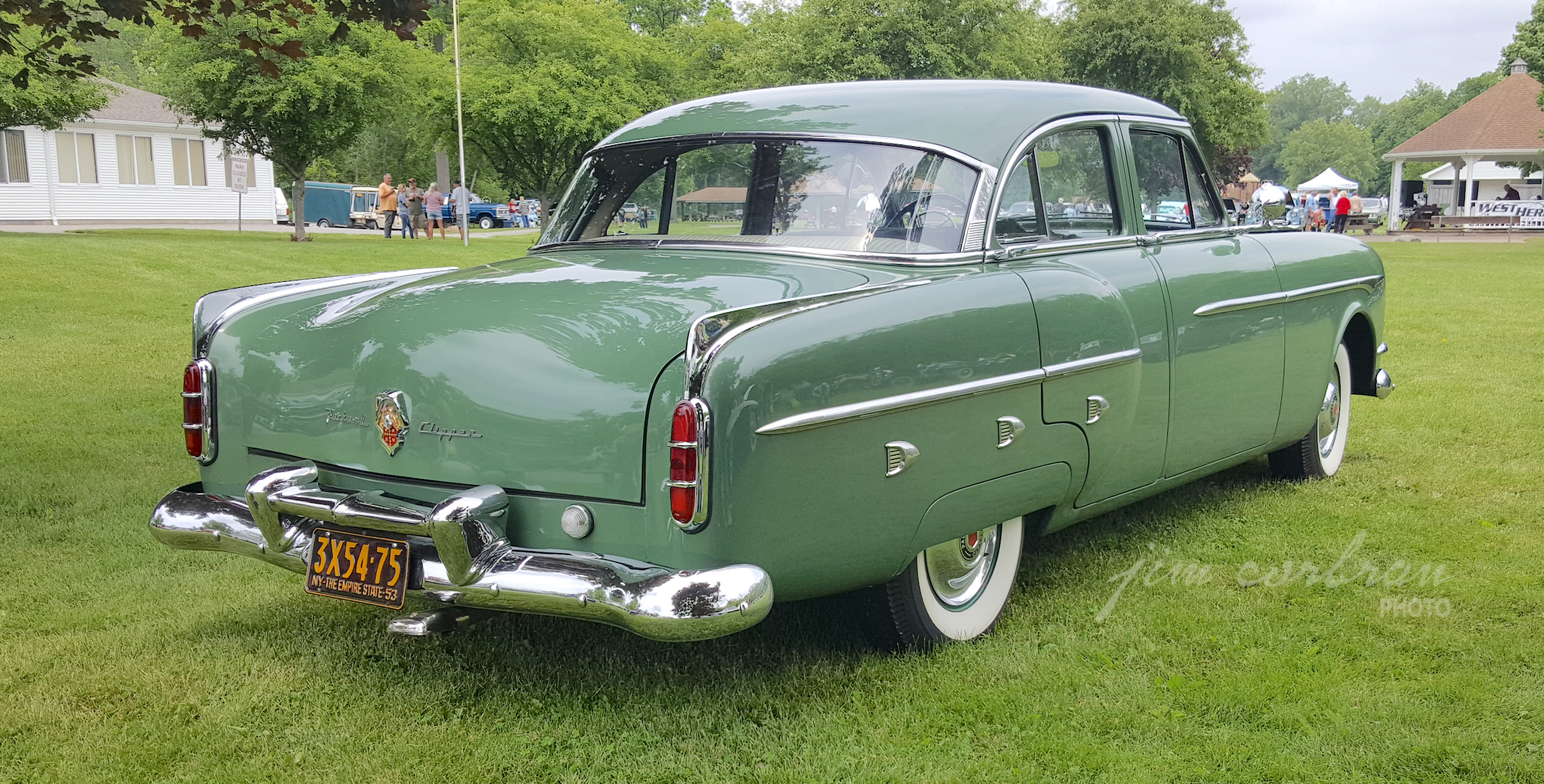 You didn’t have to find the right wall to read, as the writing was right there on the pages of the brochure for the 1953 Packard Clipper: “…costs less than you think,” “now yours at medium-car cost and economy,” and “big car value at medium car cost!” The company whose slogan for years was “Ask the man who owns one” appeared to have stepped down a notch and conceded the luxury car category to Cadillac — who sold over 90,000 cars for model year 1952. At first that doesn’t look so great compared to Packard’s 62,000 sales total until you realize that almost 52,000 of those were the “lesser” 200/250 models (for 1953 they'd wear the Clipper nameplate), which differentiated them from the luxury Cavalier and Patrician models. The Clippers were fine cars, but they weren’t luxurious Packards in the sense of the car’s tradition. We saw this nicely preserved example at the 68thAnnual Lake Erie Region Antique Automobile Club of America car show held earlier this year in Elma.