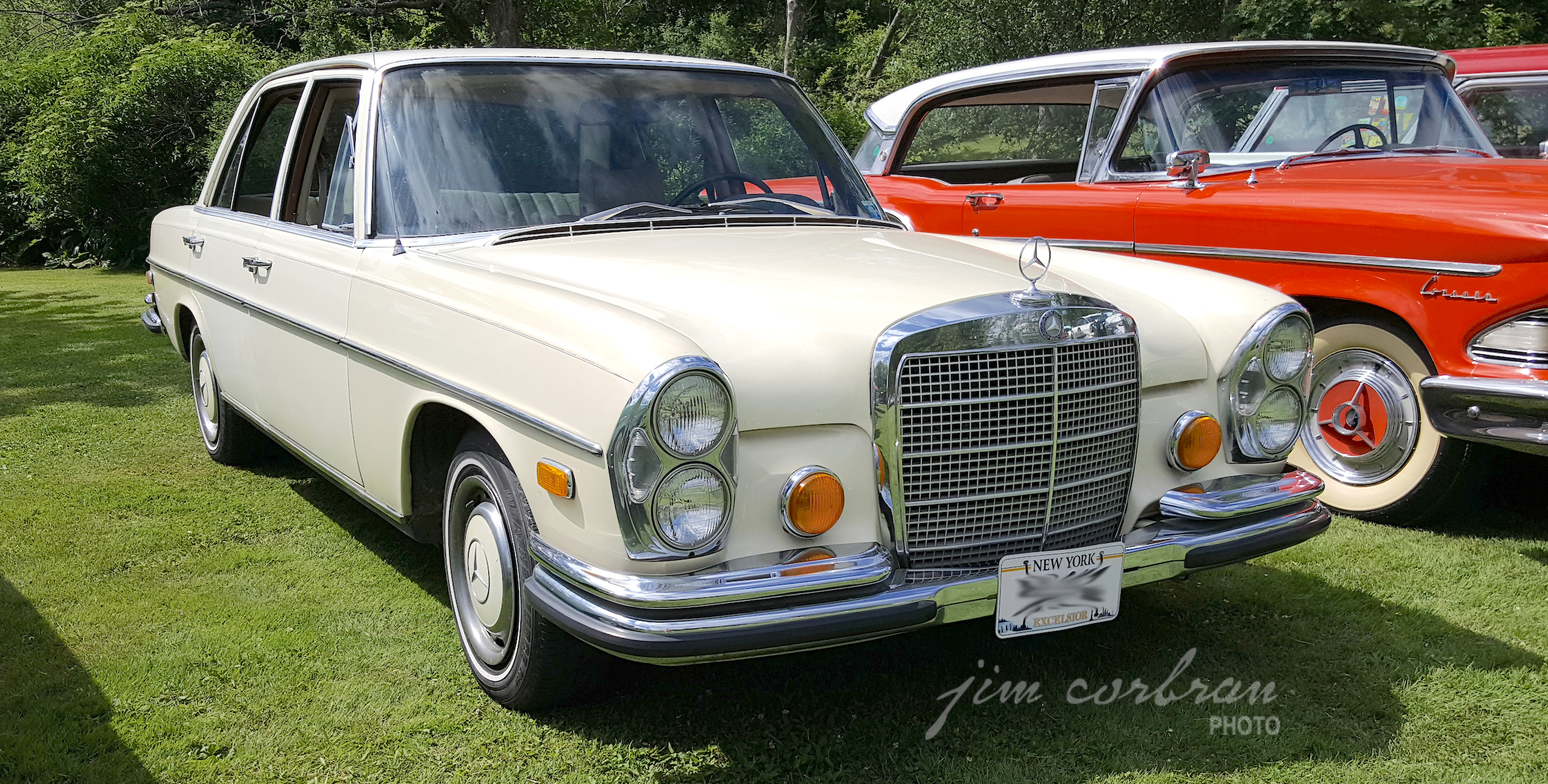 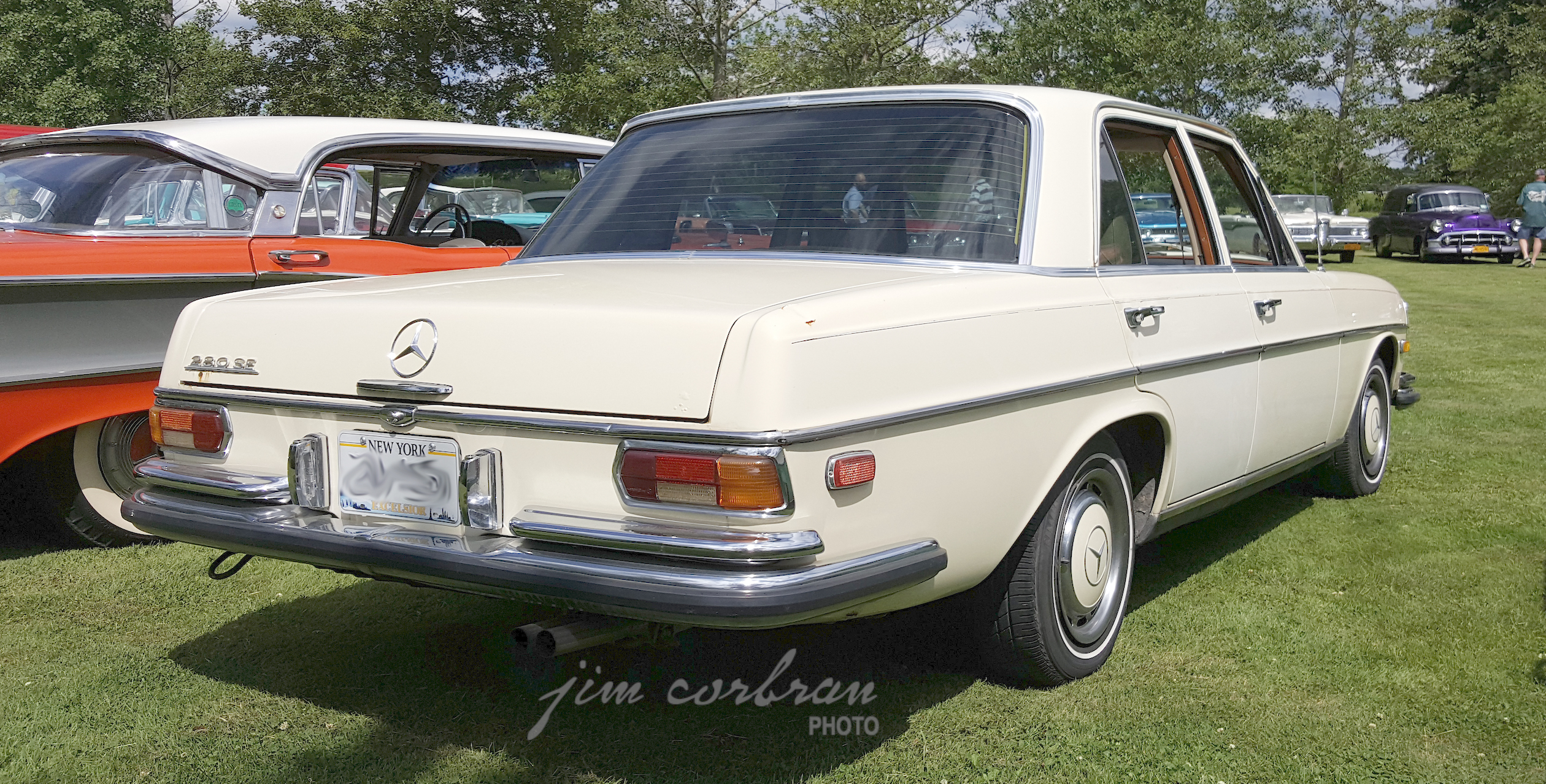 This 1972 Mercedes-Benz 280 SE was seen at — of all places! — a gathering of Edsel owners last year in South Wales. The two marques couldn’t have been farther apart as far as aesthetics go. The Edsel was of course from a different time and it had some pretty outlandish competition. But… who’s to say that the two manufacturers weren’t on the same wavelength as far as some of the cars’ features went? About the seats, the ’58 Edsel brochure mentioned how “…the top portion of the seat back is canted forward to give a form fit to the driver’s and passenger’s shoulders for additional driving comfort.” The ’72 280 SE copywriters told us how “…orthopedic surgeons contoured the seats to give you firm support. Seat springs have been tuned to eliminate those tiny vibrations that can contribute to fatigue.” While they certainly weren’t both going after the same buyer, they were (at times) using the same approach.