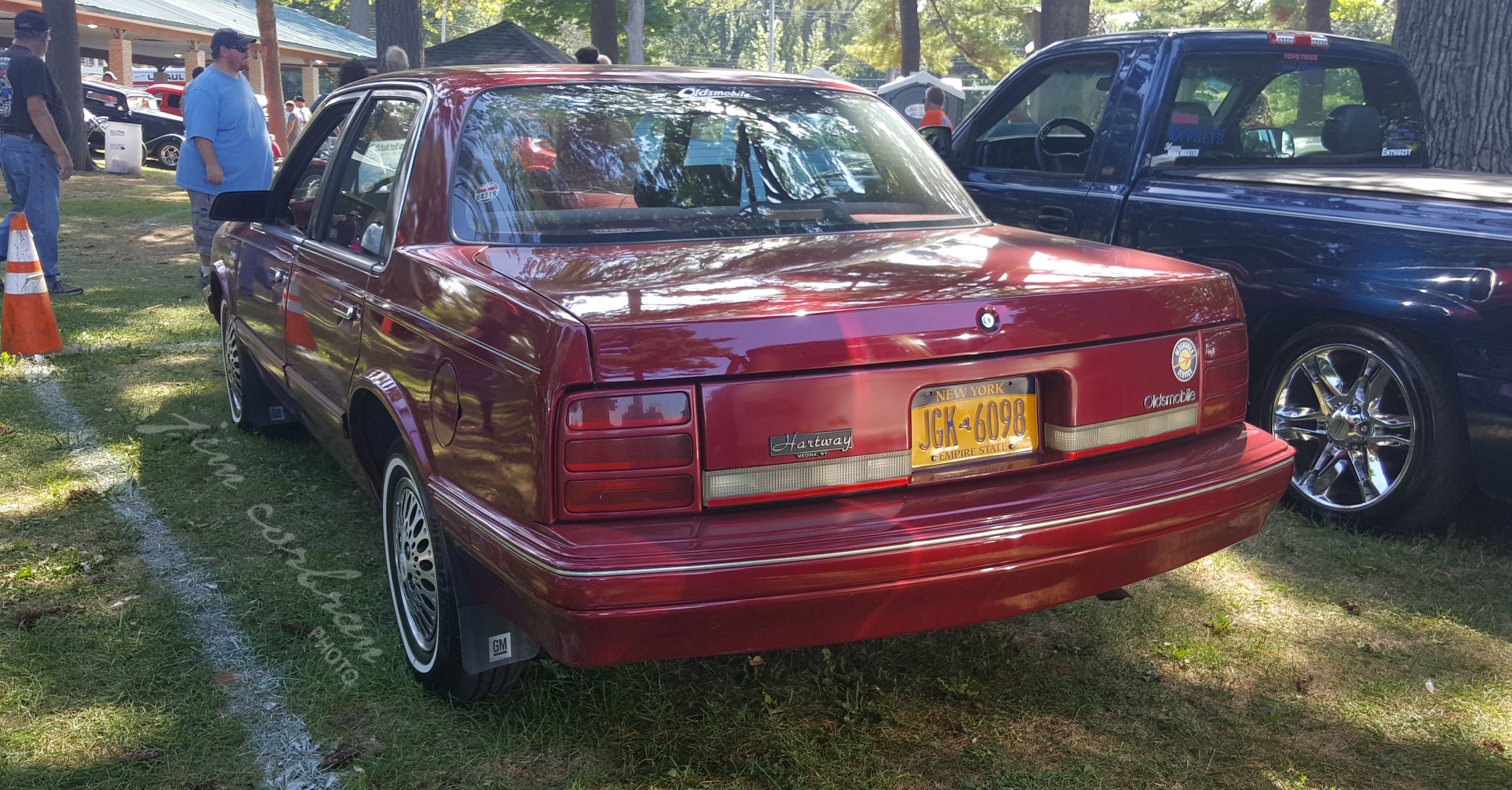 Some time ago I posted a RealRide similar to this 1996 Oldsmobile Ciera SL (I think it was a Buick Century) and was chided by someone for posting a car which wasn’t a “real classic.” Sorry, but not everyone here is over the age of 50, and to someone born in 2003 a 26-year-old car is way older than they are, and to them (perhaps), a classic. Anyway, for this its final year, Olds dropped the Cutlass name from the Ciera lineup, and continued on with both Series I and Series II trim levels. Both the Series II and the Ciera Wagon models had a 3.1L V6 under the hood, while the Series I made do with a 2.2L inline four. We saw this one (with its Hartway Motors dealer badge on the back) at the recently held 33rdAnnual Olcott Beach Car Show at Krull Park in Olcott.