This 1959 Ford Fairlane 500 Galaxie is at the opposite end of the lineup from the Custom 300 we posted here a little over a week ago. What a difference some strategically placed chrome bits can make! Like that Custom 300, this RealRide is a two-door sedan (the least expensive Galaxie) and is wearing a monochromatic (this time Raven Black) paint job. A little higher up in the pecking order, the Galaxie Victoria and Fairlane 500 Victoria (in both two- and four-door models) featured two distinct hardtop roof lines — the Galaxie, modeled after the Thunderbird roof, was described as “The jauntiest and most distinctive hardtop in the low-priced field.” See them both below. Today’s RealRide was seen a little over a year ago at a weekly cruise night in Olean. 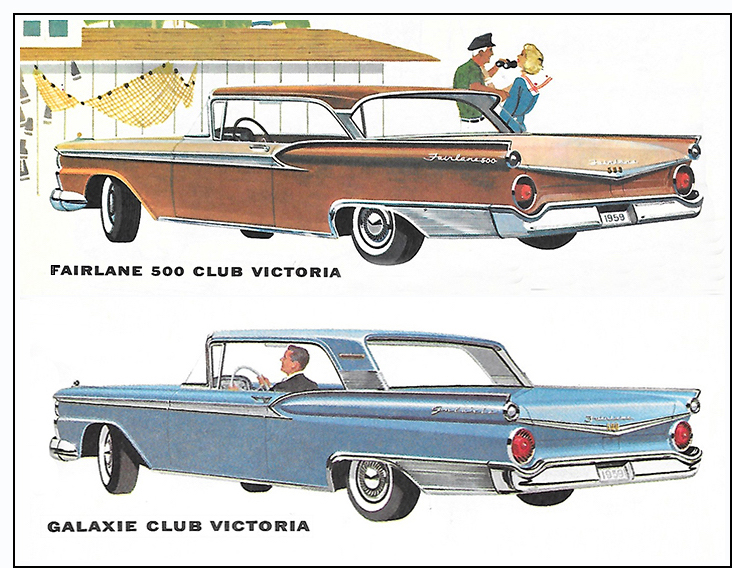