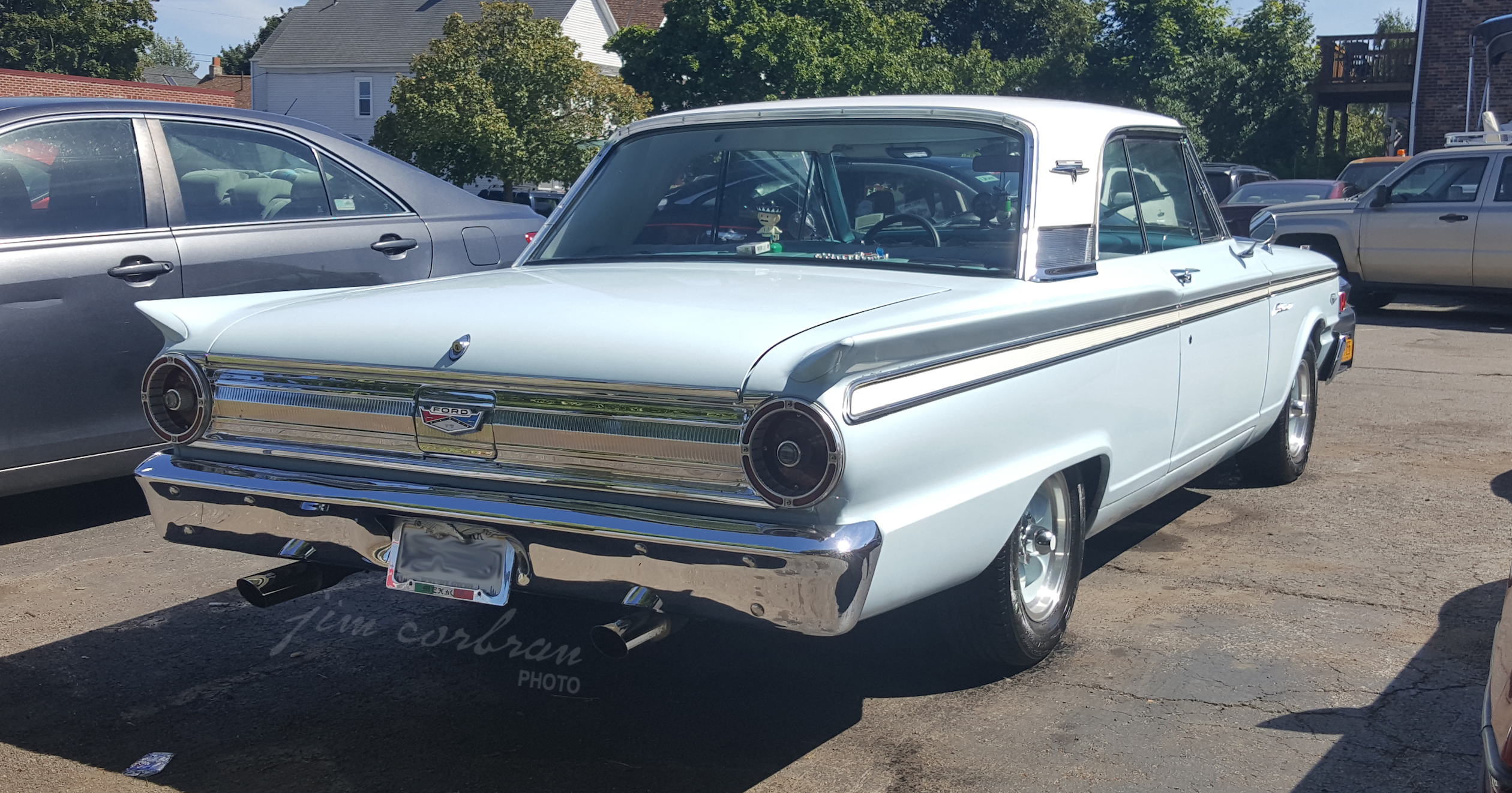 After introducing smaller, compact cars in the late 1950s/early 1960s, North American automobile manufacturers realized that just because people wanted smaller cars they didn’t necessarily want them to be boring smaller cars. This 1963 Ford Fairlane 500 Sports Coupe is a prime example. Introduced for model year 1962 and slotted between the compact Falcon and the full-size Fords, the Fairlane and Fairlane 500 lineups consisted of a pair each of two-and four-door sedans. MY 1963 added a Fairlane 500 two-door hardtop, three station wagon models, and this spiffy Sports Coupe, which listed for $2504 and came standard with (among other things): front bucket seats, “Thunderbird-type center console,” a “floating” rearview mirror, and “Deluxe Wheel Covers with Simulated ‘Knock-Off’ Spinners.” We saw this one a few weeks ago while bicycling through Buffalo.