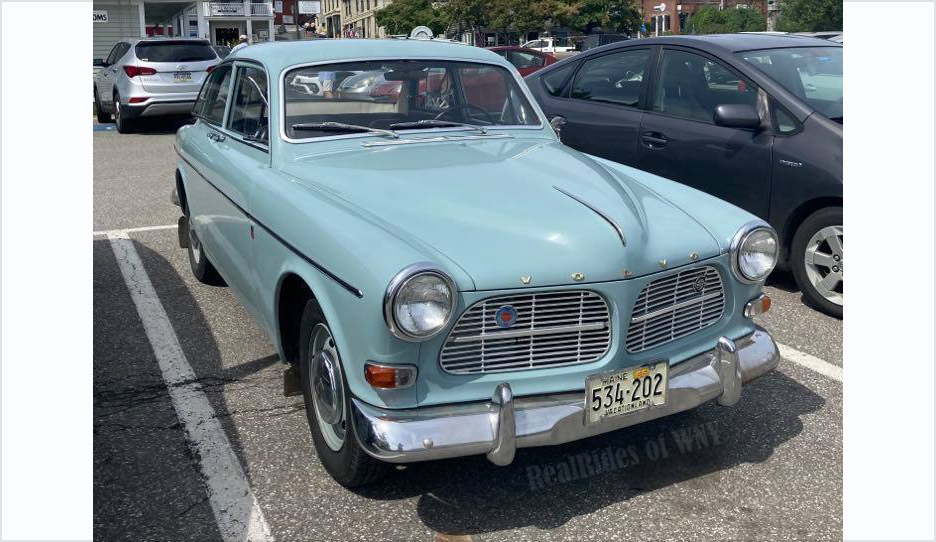 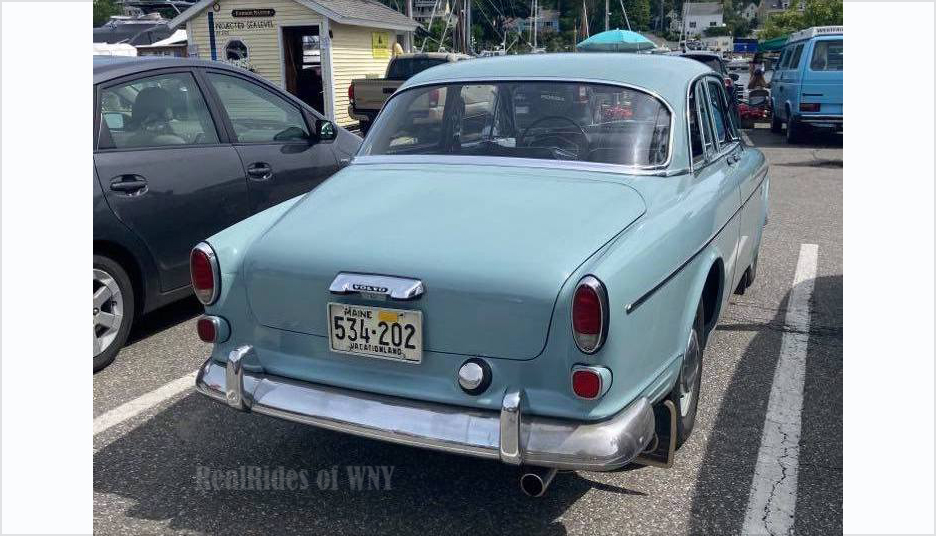 Our RealRides Pennsylvania connection photographed this 1966 Volvo 122S and sent these photos along last year. Ex-WNY-er Rick Lapp was vacationing in Camden, Maine when he came across this pristine Swedish sedan; we DID however deduct points for him not noticing the VW Vanagon camper parked just ahead in the next row! Lol… While doing a little research on the 122S, we came across this very car for sale last December in an ad on hemmings.com, where its final bid of $5,100 did not meet the reserve. There’s a similar ’66 model for sale right now on the same site with an asking price of $47,500. That’s quite a jump! I don’t see today’s RealRide currently listed anywhere, so maybe its Maine owner decided to hang on to it. Nice find, Rick.