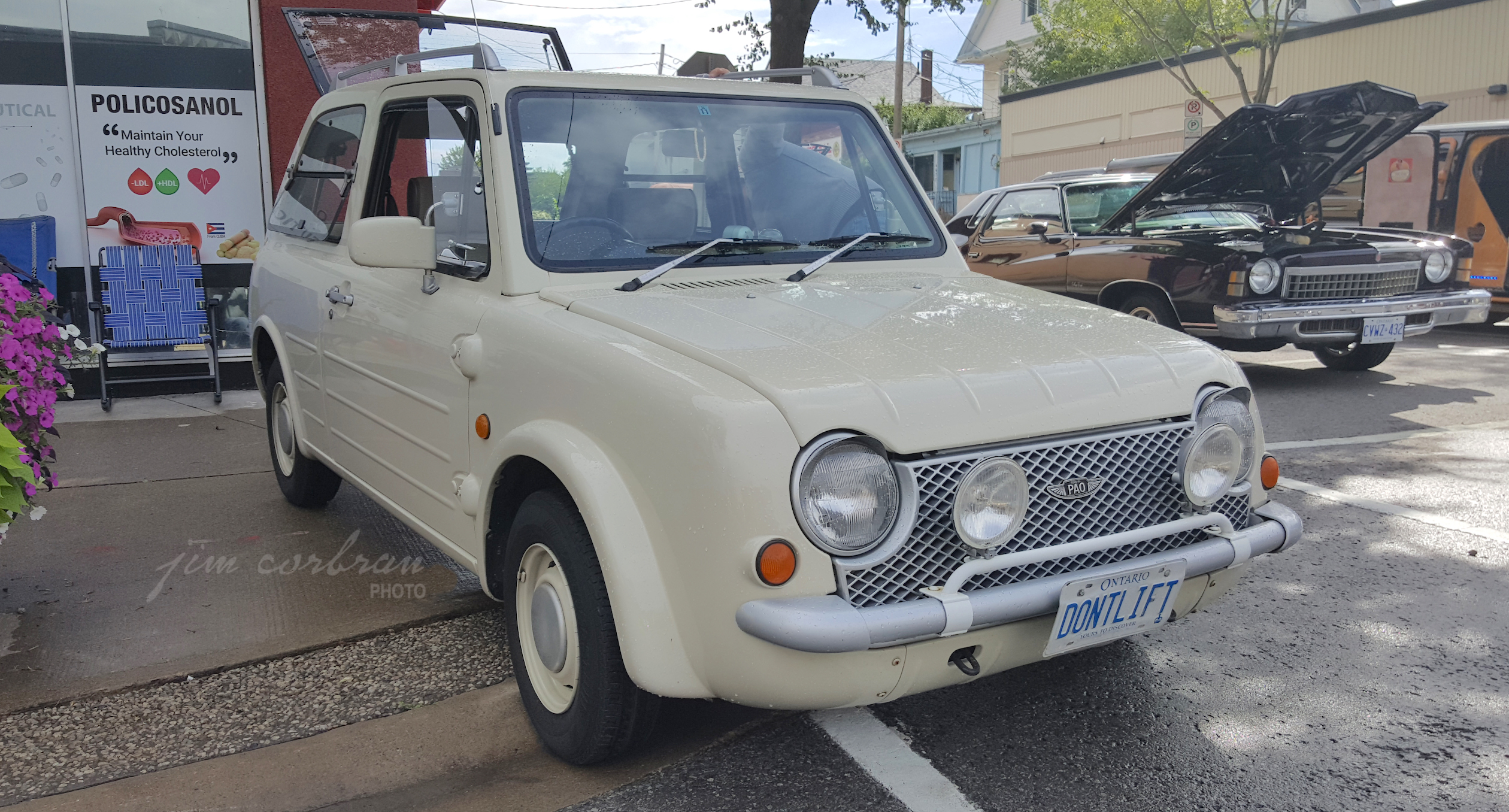 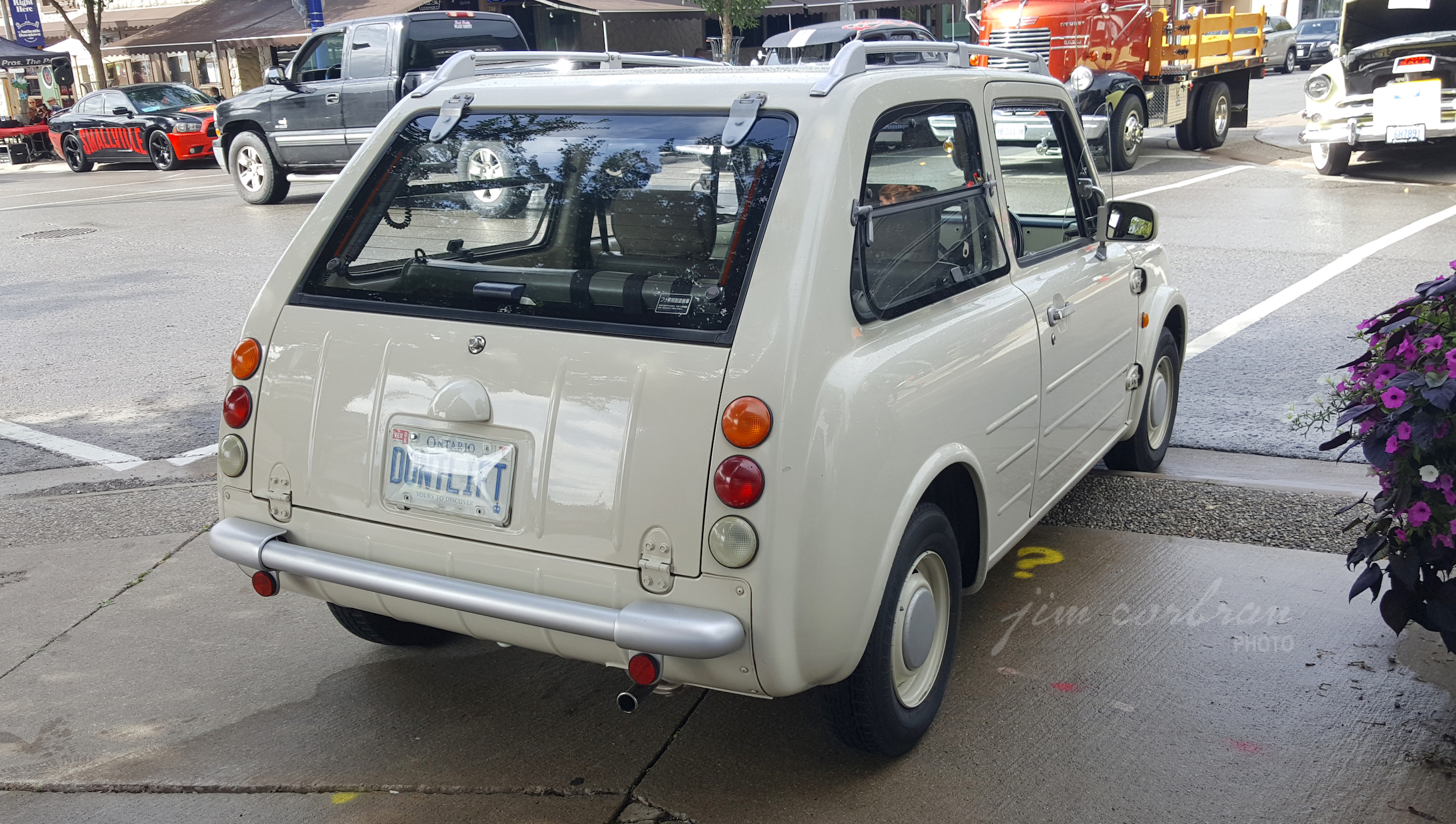 We came across St.Catharines’ Chris Haywood and his 1989 Nissan PAO at the Cruising on the Q Super Cruise on Queen Street in Niagara Falls, Ontario a couple of weeks ago. He told us it's one of only two PAOs in Ontario (they were never officially exported to North America). It's driven regularly and currently has over 178,000 km on the odometer. The PAO was the second in a series of Heritage Cars built by Nissan at their Pike assembly plant for the home market. Anticipated popularity meant that the 30,000 or so PAOs that would be built would be sold to winners of a lottery — some sources say 50,000 people attempted to order a PAO. It was the second of four “Pike Cars” (all cute as a button) in the series: the first was the Be-1; the PAO was followed by the S-Cargo van and the Figaro convertible. See them all below. 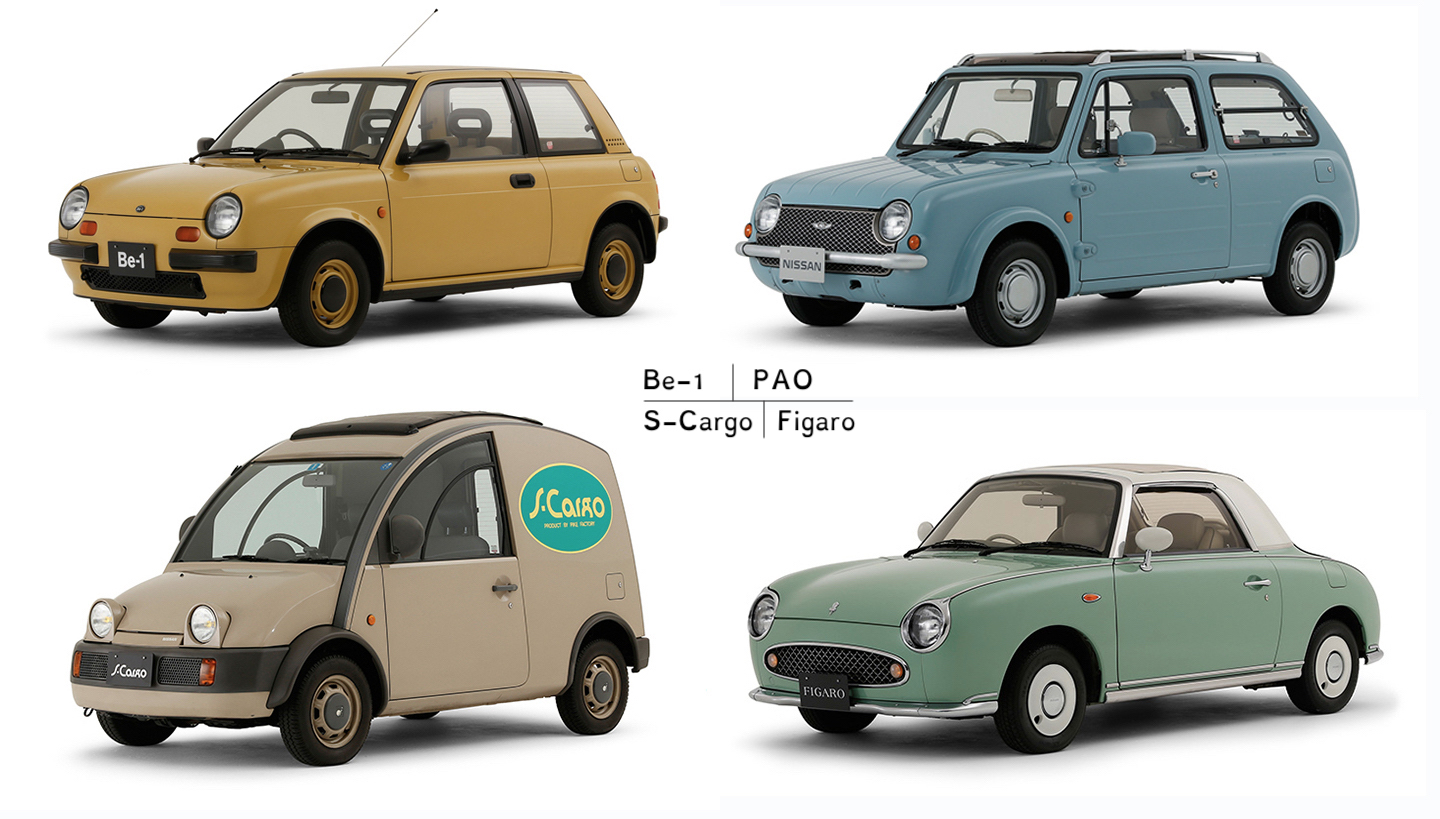