Contrast the styling of this 1967 Pontiac Bonneville with the Catalina from the year before (which we featured here four days ago). The writers of The Encyclopedia of American Cars didn’t think much of the updated look: “Regrettably, the ‘67s had a heavy look highlighted by bulky, curved rear fenders.” I’m surprised they zeroed-in on this feature, as in my opinion the front-end has much more of a love-it/hate-it look. I kinda like it myself. Model year 1967 would be the last for the full-size Pontiac’s vertically stacked headlamps (the ’67 Grand Prix’s hidden lamps were horizontally mounted — see below). We saw today’s RealRide over the summer in a Lancaster parking lot. 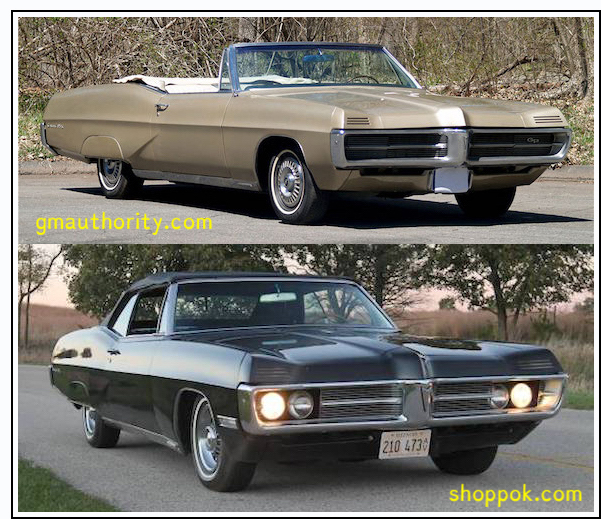