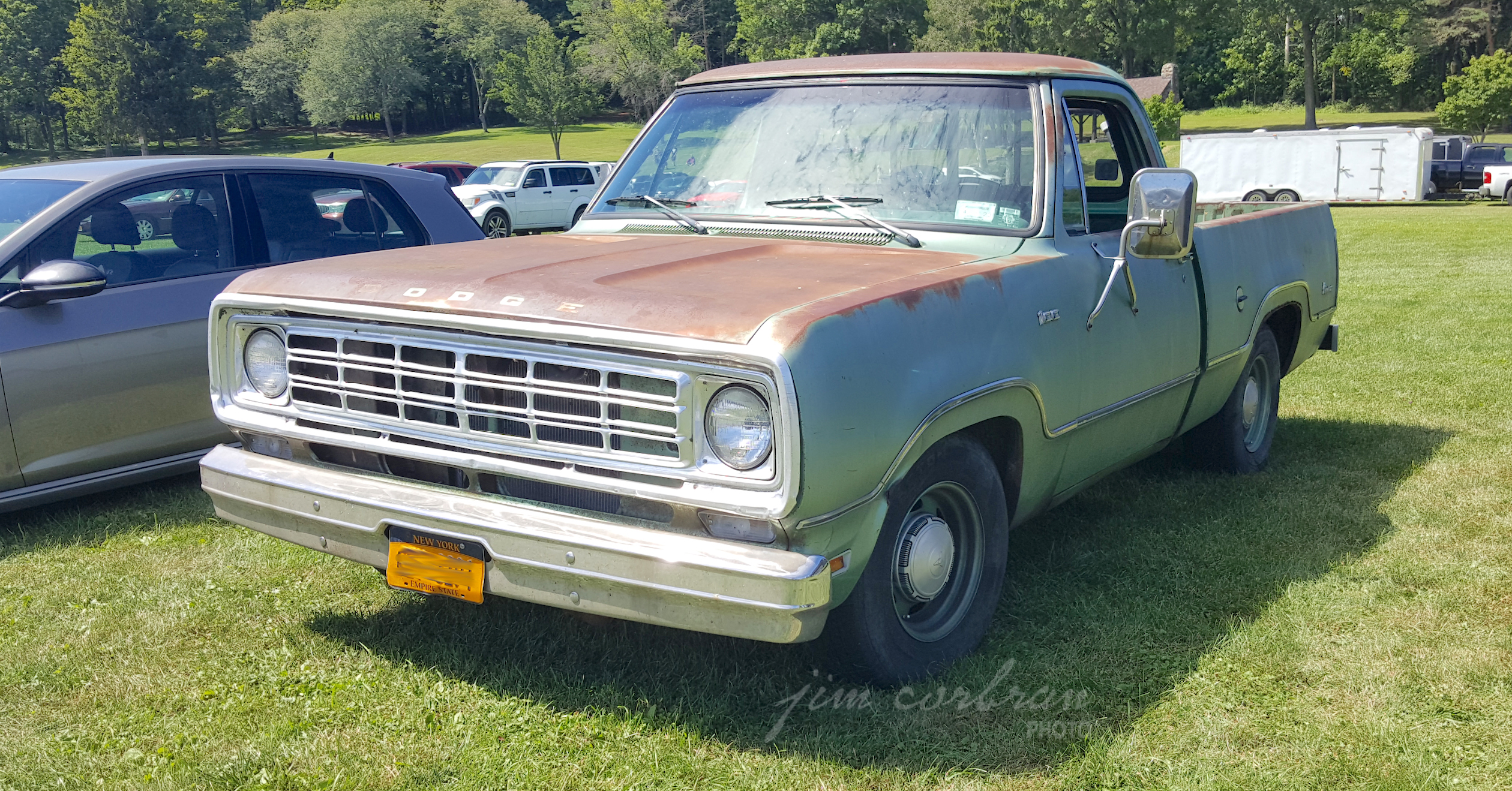 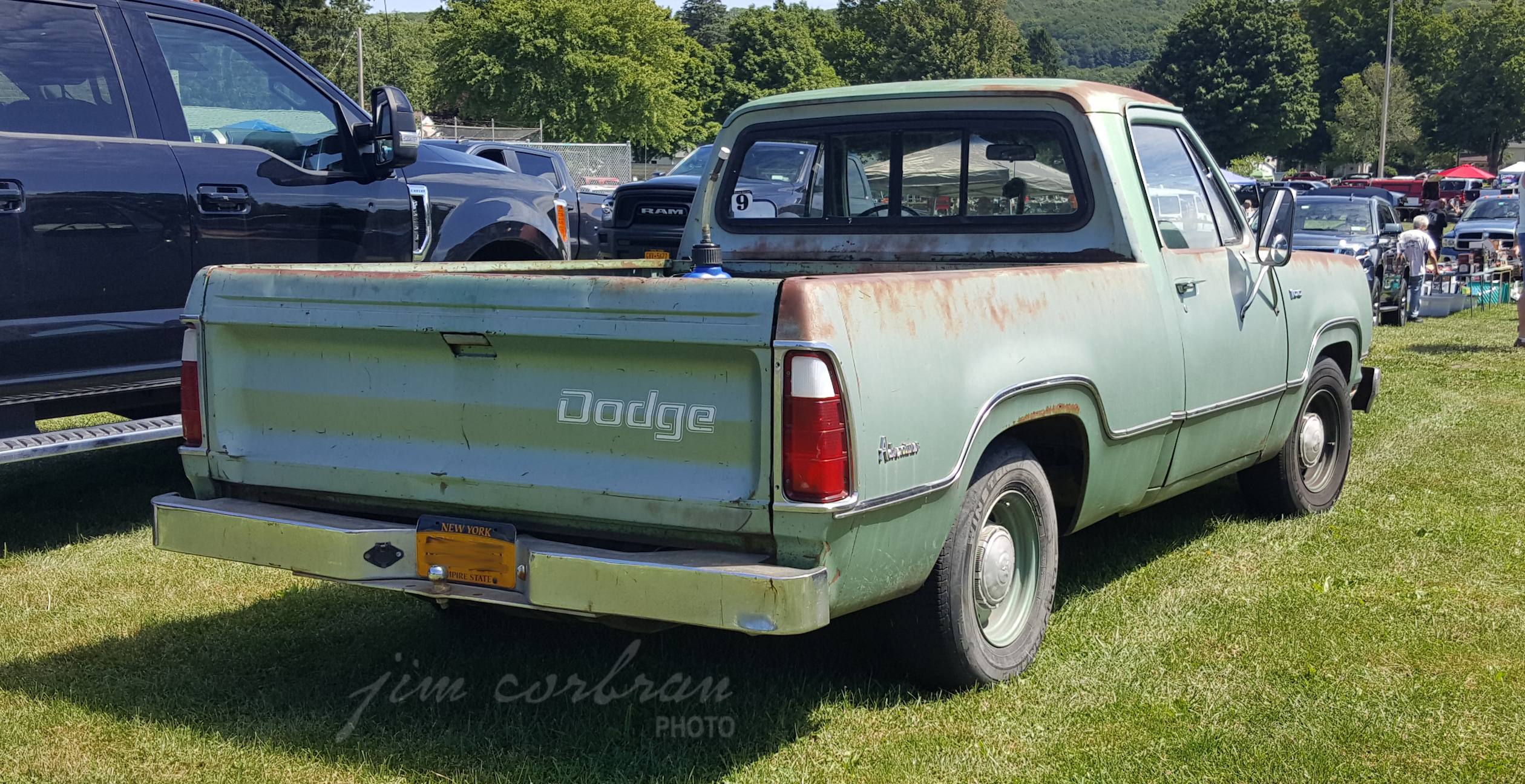 They may have been mired somewhere behind Ford and Chevy saleswise in the U.S. pickup market, but it wasn’t for a lack of trying. The bottom photo shows most of the body style offerings of the day, one of which today’s RealRide, a c1976 Dodge D100, is. This one appears to be the short wheelbase version (115”), but most of what I see today seem to be the longer (131”) variants. It also has the extra-cost Adventurer option, whose features are shown below. For the big spenders, there were also Adventure SE and Adventurer Sport packages, while for those with tighter purse strings, the base Custom model was (hopefully) good enough. This D100 (half-ton) was seen over the summer in Warsaw. Also available were three-quarter and one-ton models (D200 & D300, respectively). 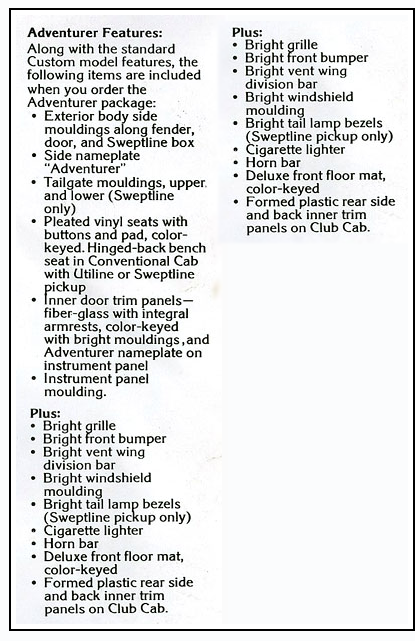