This 1990 Ford LTD Country Squire hearkens back to the day when the Dearborn manufacturer was known as The Wagon Master. They were known as The Wagon Master because, well, that’s what they called themselves in a lot of their advertising — even in Europe (see below). But that being said, Ford did sell a lot of station wagons, going back to the suburban flight of the early 1950s. And the faux-woodgrained Country Squire made up a lot of those sales. We saw this one parked on a North Tonawanda side street over the summer; and we ran across it again a couple of weekends ago in Dunkirk. 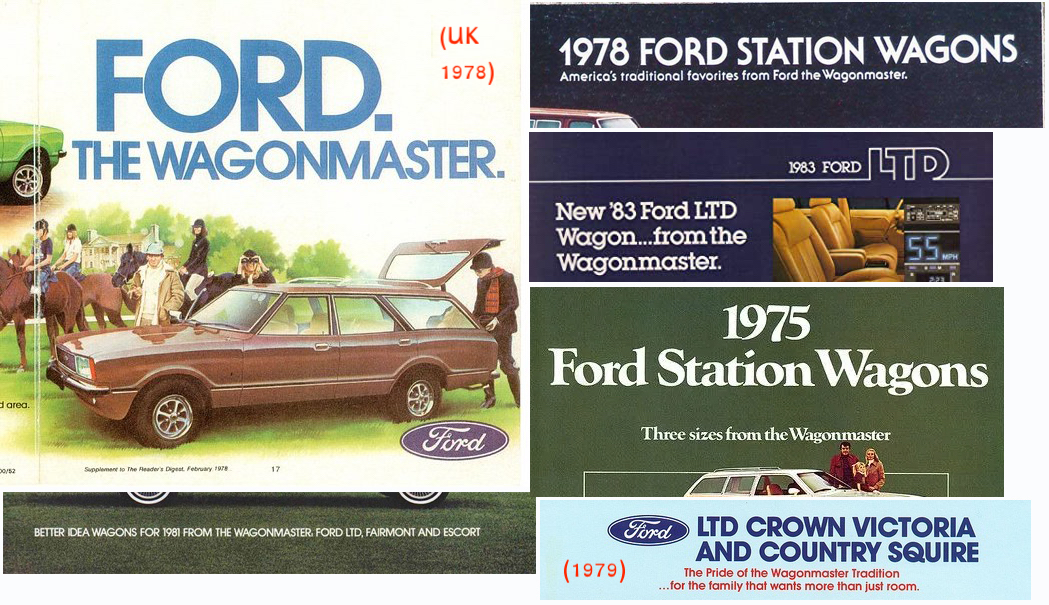