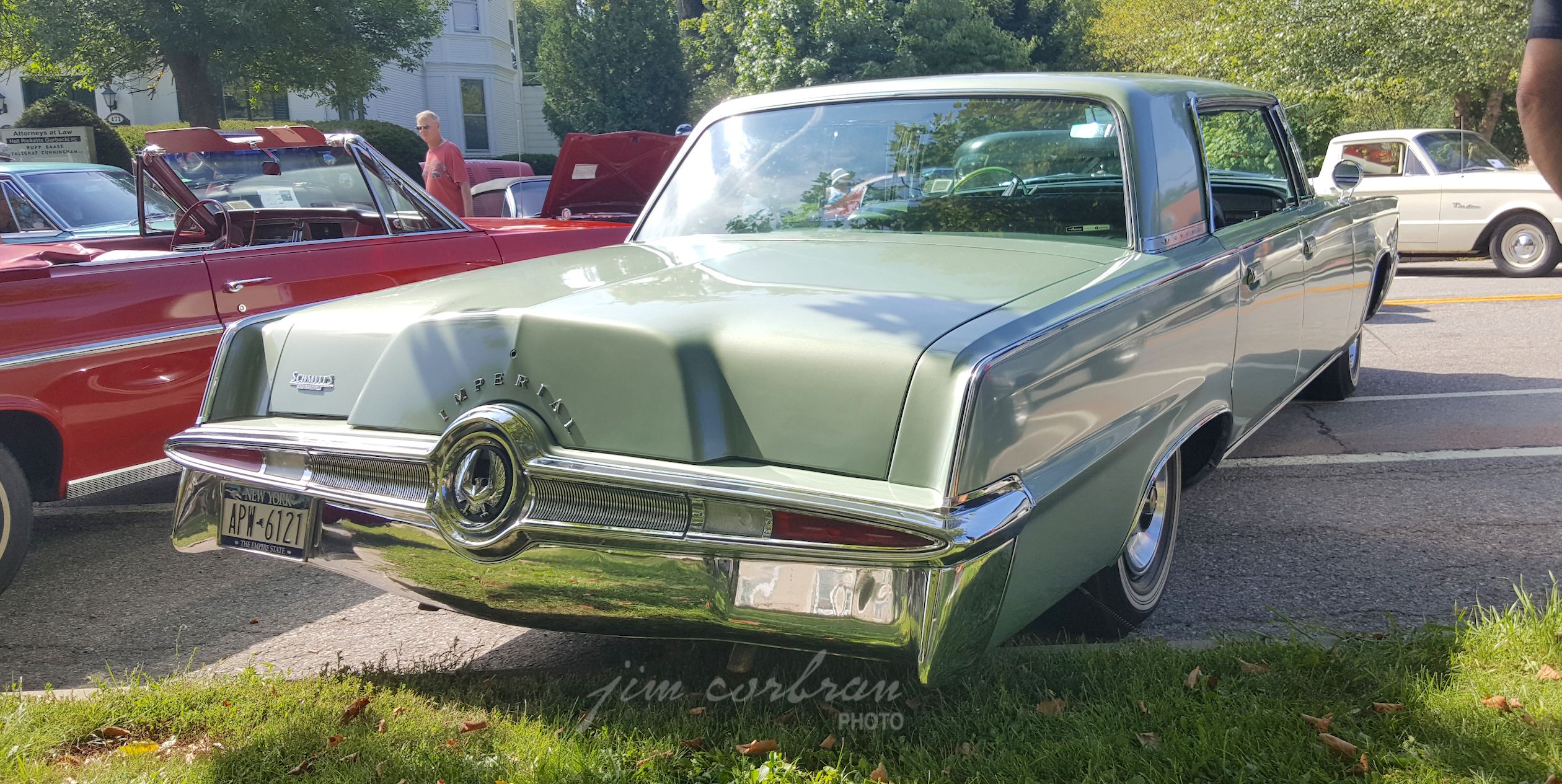 I’m sure I’m not the only out there who, whenever he sees a 1965 Imperial Crown like this one, thinks of two classic old television shows: The Green Hornet and The Beverly Hillbillies. Black Beauty was the Green Hornet’s ride, a heavily customized similar 1966 Imperial, done-up proper by west coast customizer Dean Jeffries. On The Beverly Hillbillies, next-door neighbor/Clampetts’ banker Milburn Drysdale was usually seen pulling up to their mansion in an Imperial convertible or limousine. The Imperial had a total makeover for model year 1964. Not surprisingly (looking at it), it was performed under the tutelage of former Ford stylist Elwood Engel, who led the team designing the 1961 Lincoln Continental. Today’s RealRide was seen at this summer’s Toy Town Car Show in East Aurora. It’s sporting a Schmitt’s Garage dealer badge on the trunklid. The same Bownamsville, New York building, since remodled, is now home to Towne Volkswagen.