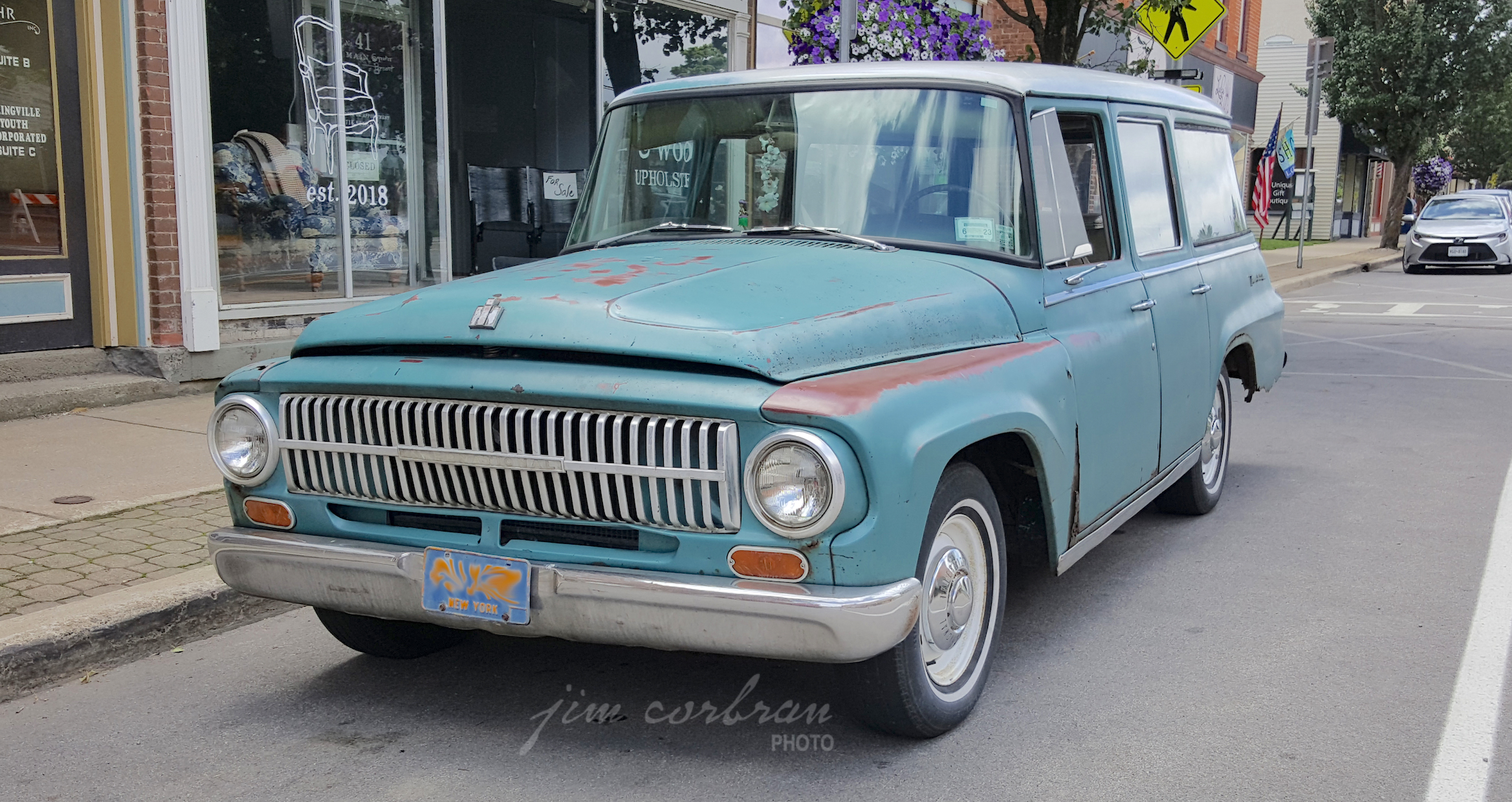 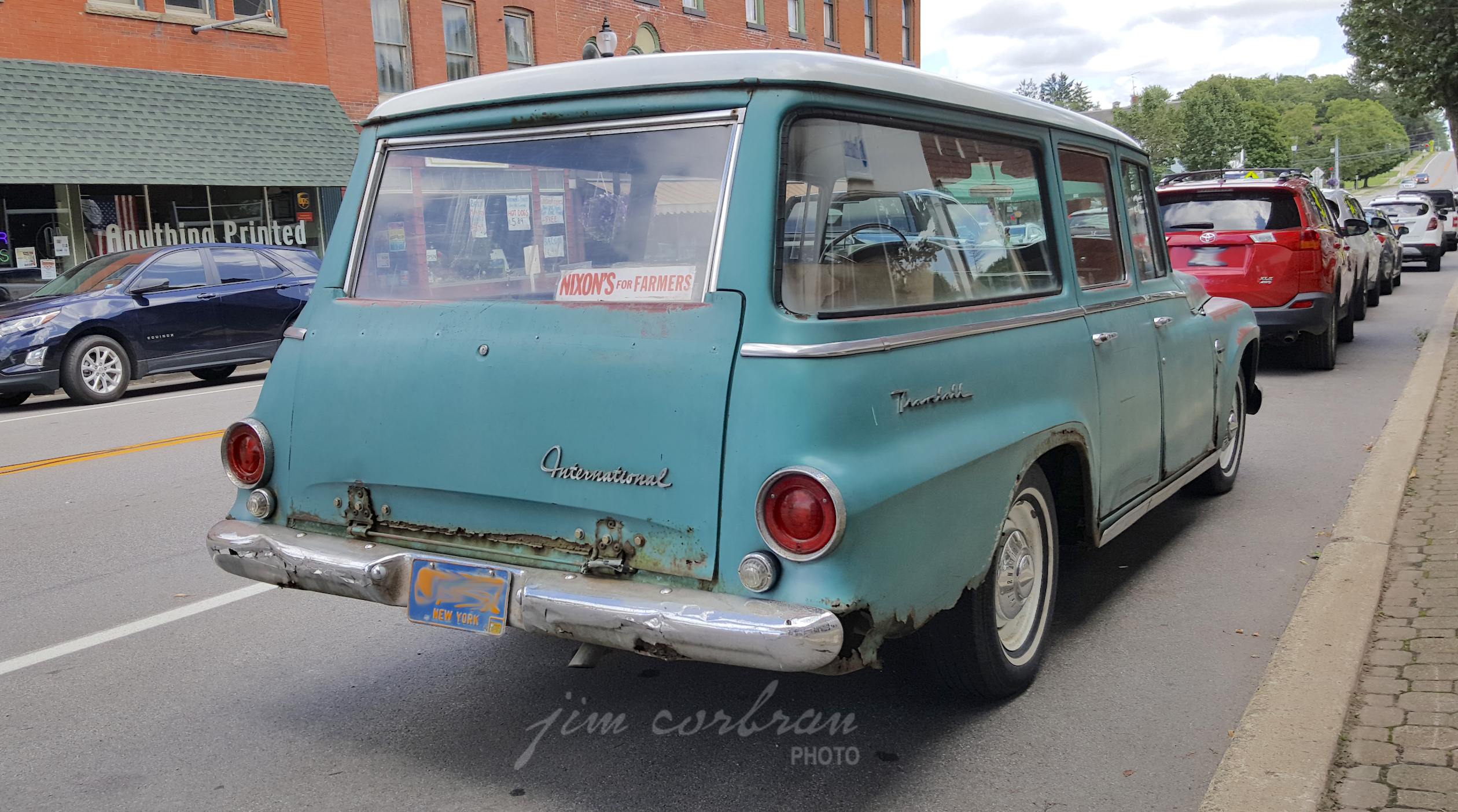 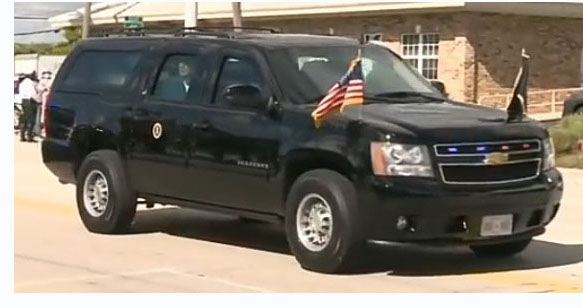 Who would have thought back when this 1967 International Travelall was new that vehicles of this ilk would often supplant Lincolns and Cadillacs for ferrying around heads of state (inset)? Magazine ads from the era (like the one below from 1964) had the big Suburban-like wagon being used for pulling campers, hauling boat trailers, going on hunting trips, and delivering parcels. International also mentioned that, with a Travelall, “Two adults plus seven husky kids (or adults) ride comfortably anywhere.” We saw this one over the summer in Springville. 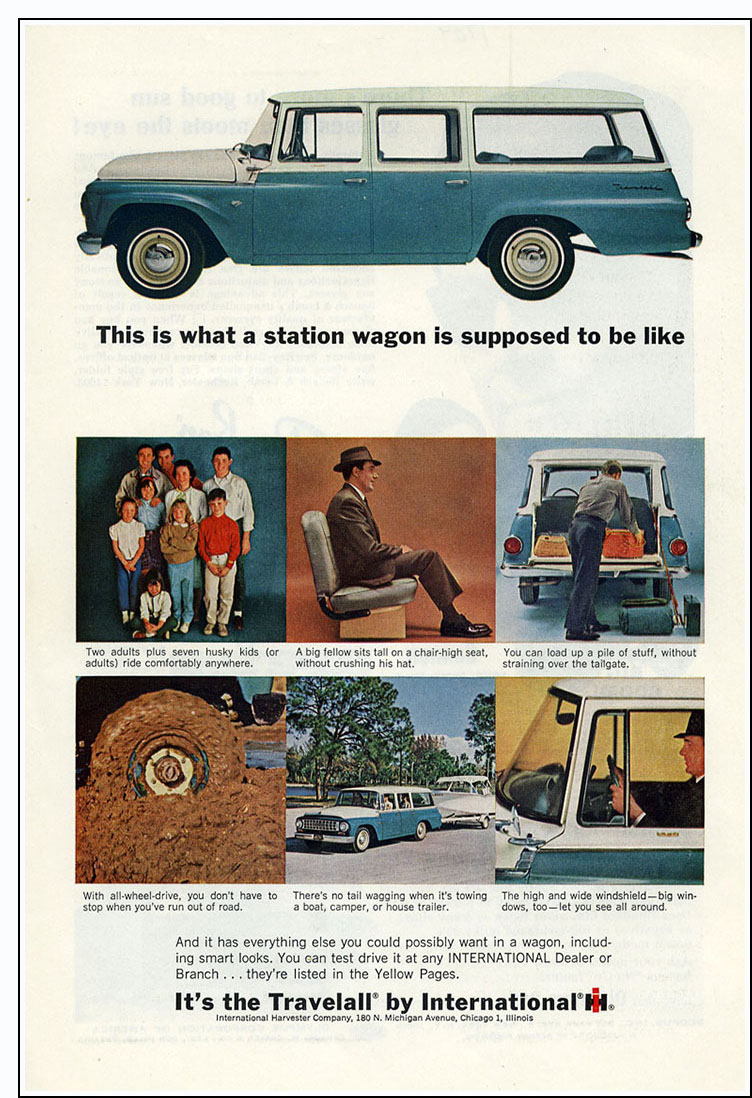