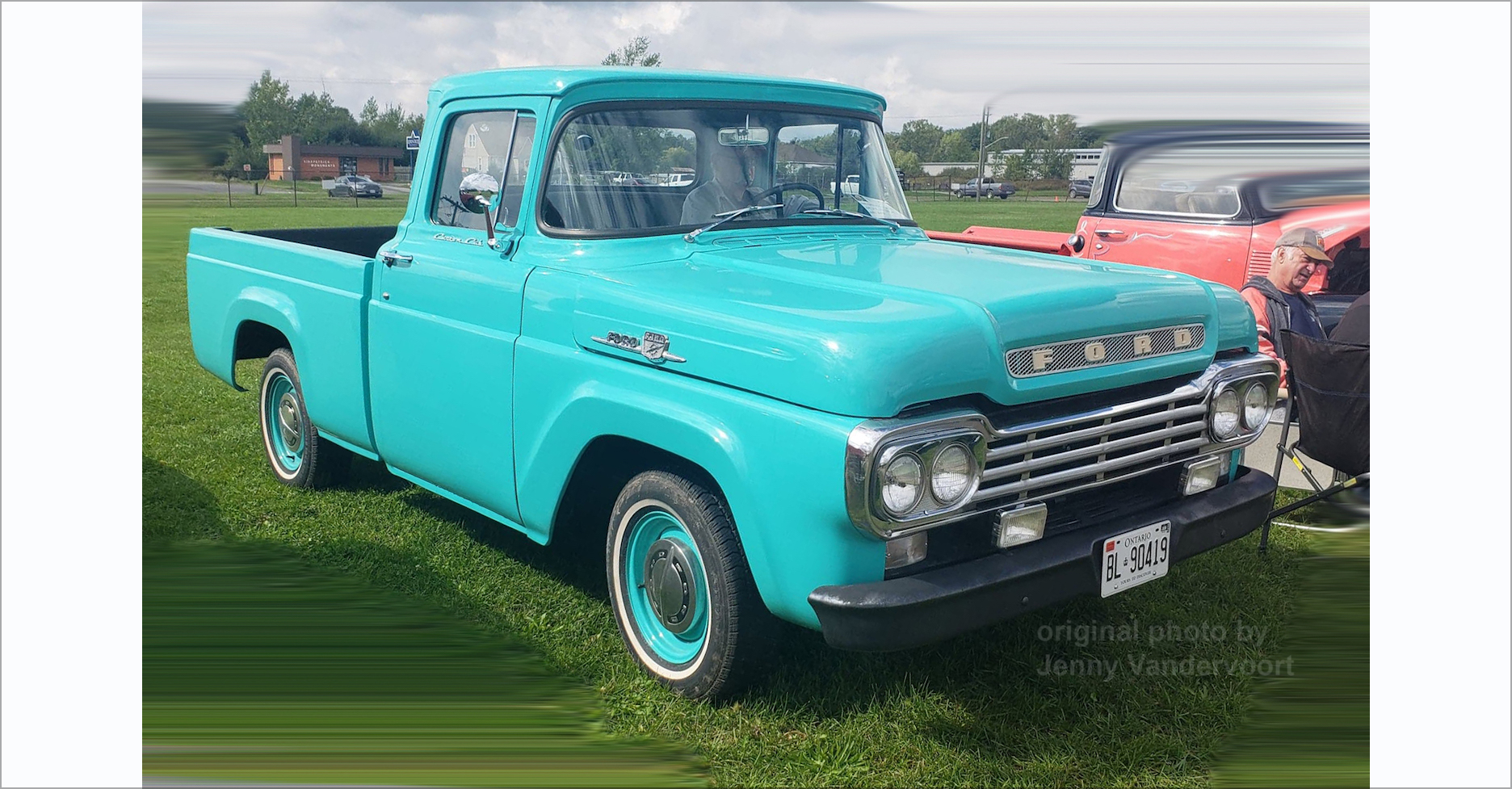 This pristine-looking 1959 Ford F-100 arrived at this year’s Last Chance Car Show & Swap Meet in Welland, Ontario not long after I departed. I came across it in a bunch of photos posted online by Jenny Vandervoort, who can be seen at many of the local cruise nights/car shows in the Niagara Region taking photos & videos for the Chippawa Cruisers car group, and she graciously allowed me to manipulate of couple of them to fit onto our page here. This vivid Indian Turquoise paint job was also available on Ford’s passenger cars (they wouldn’t really be called full-size cars until the following year when the compact Falcon debuted), as well as on the Thunderbird. This was the second year for the quad headlamps on Ford’s pickups. They’d disappear after the 1960 models. Nice.