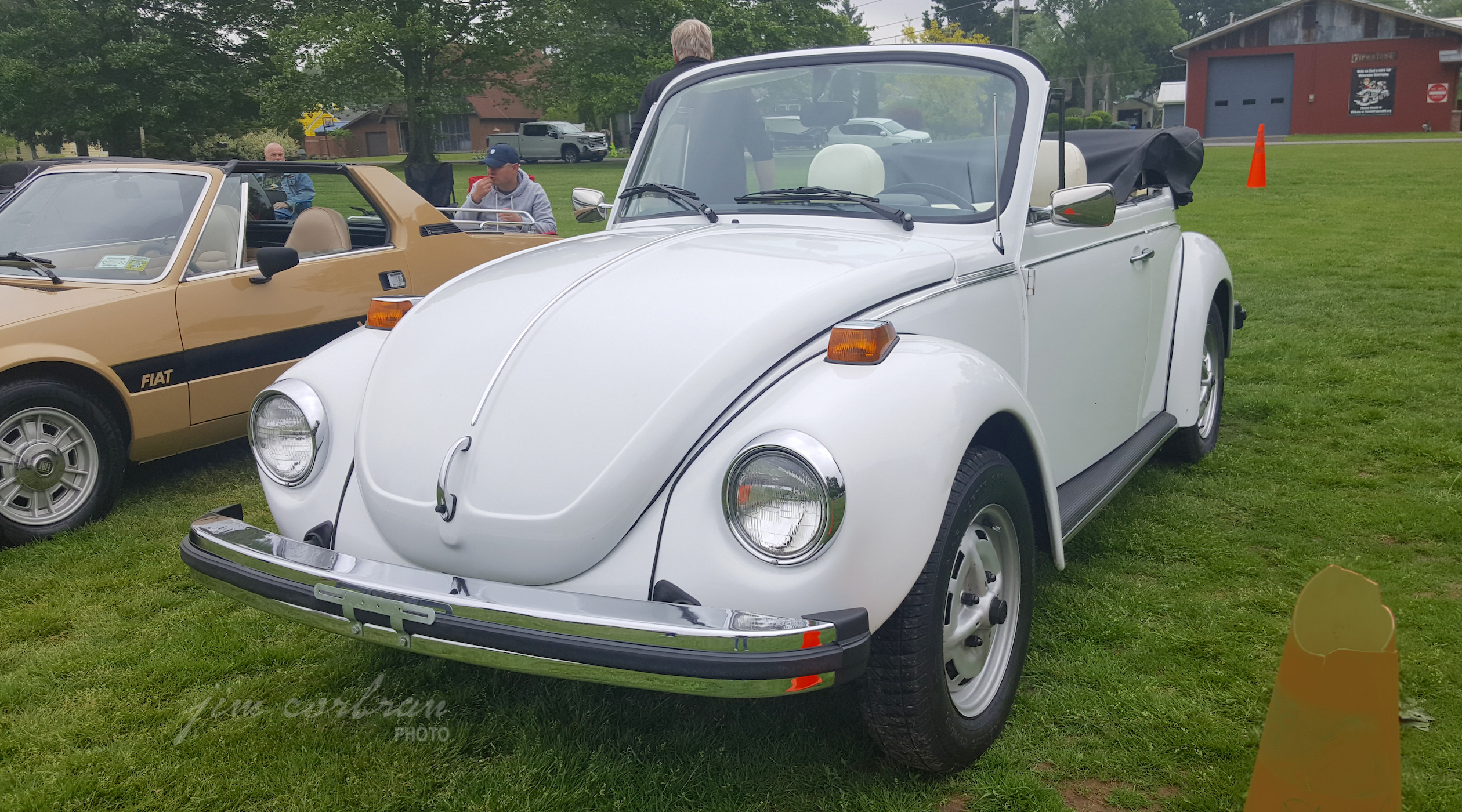 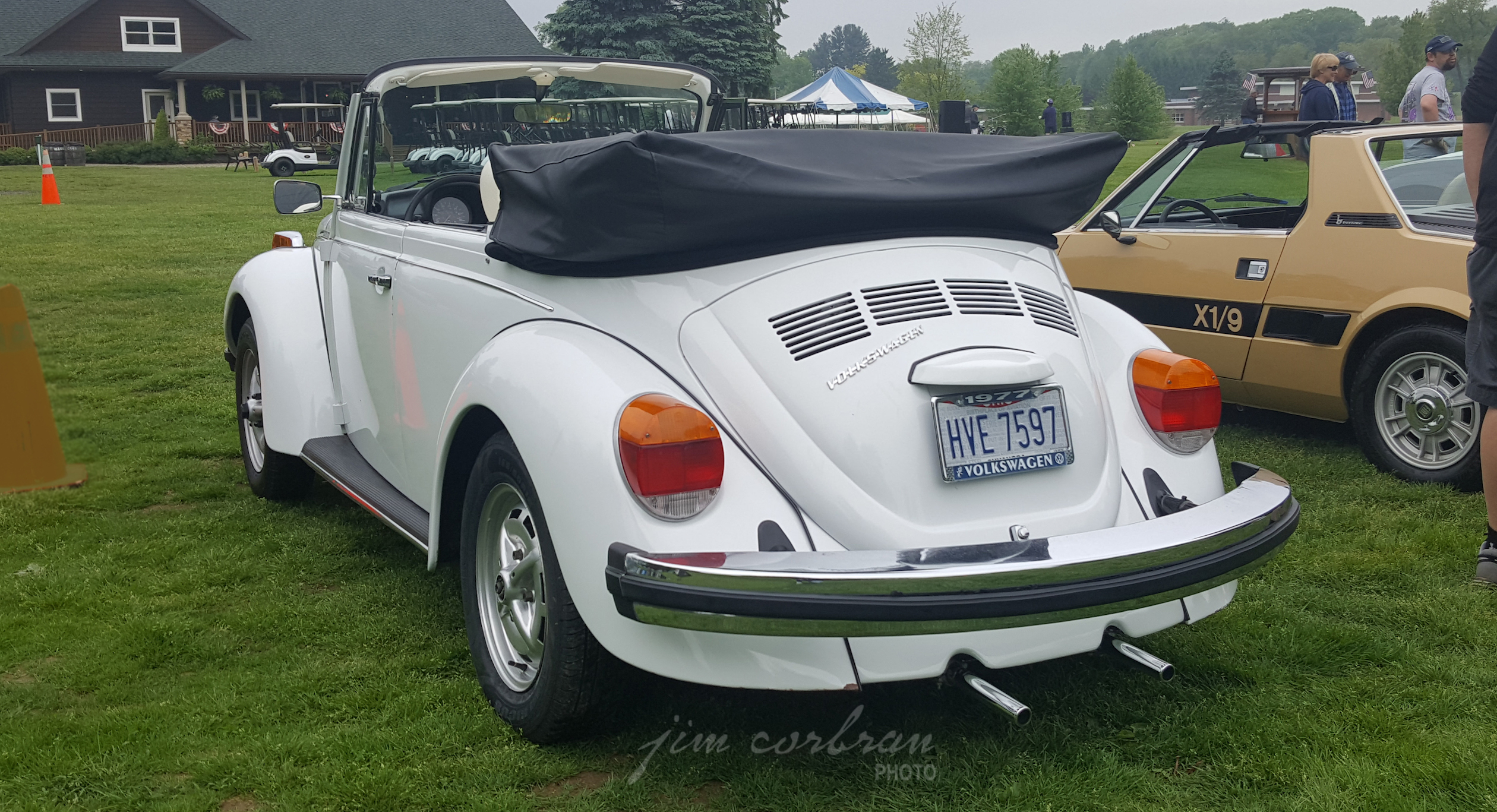 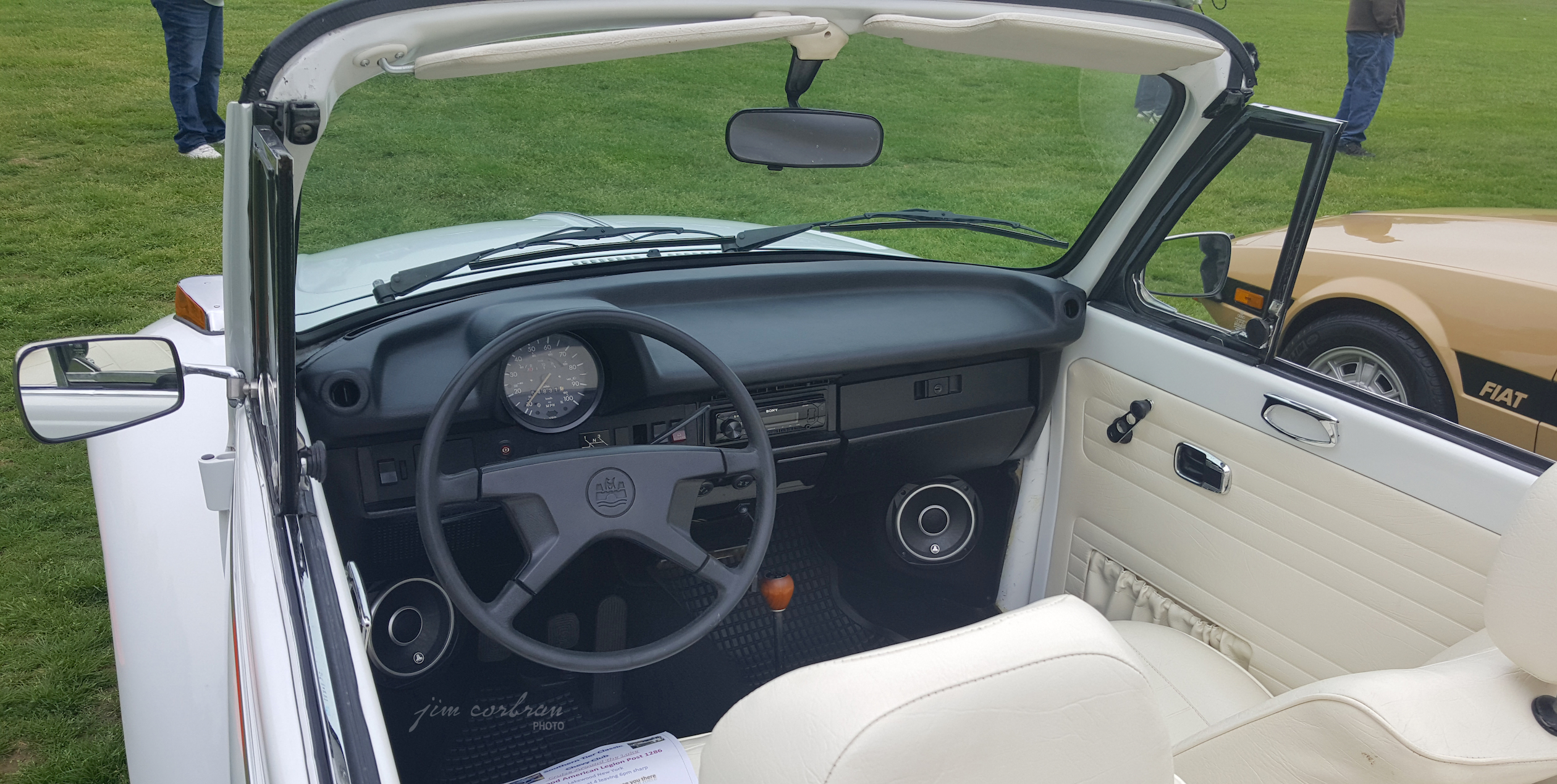 This 1977 Volkswagen was still officially called the Beetle convertible here in the States. The French version referred to it as the Cabriolet, which is of course French for convertible. When the 1980 Rabbit drop-top debuted, French-Canadian advertising material called it La Rabbit décapotable (Rabbit convertible, which is how it was marketed in English-speaking North America). Model year 1985 would finally see the Cabriolet badge affixed to the trunklid of VW’s convertible on this side of the pond, mainly (IMO) because the 2nd-generation Rabbit was now being marketed in North America under the same name as it was in the rest of the world — the Golf, but the Cabrio was still based on the 1st-gen car. The Beetle convertible would continue on through MY 1979. We saw this one back in May at the Cruise Into Summer Car Show in Bemus Point.