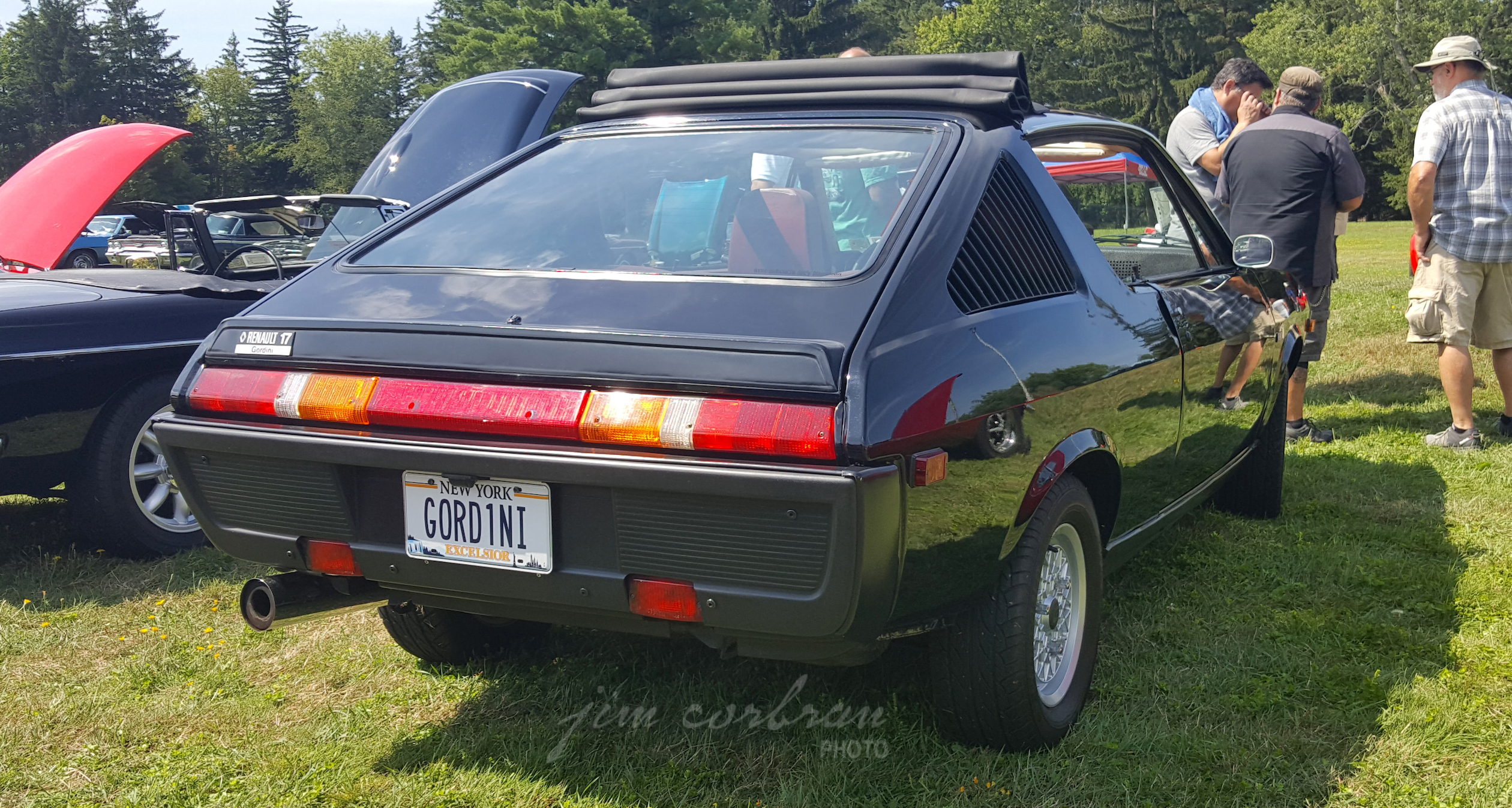 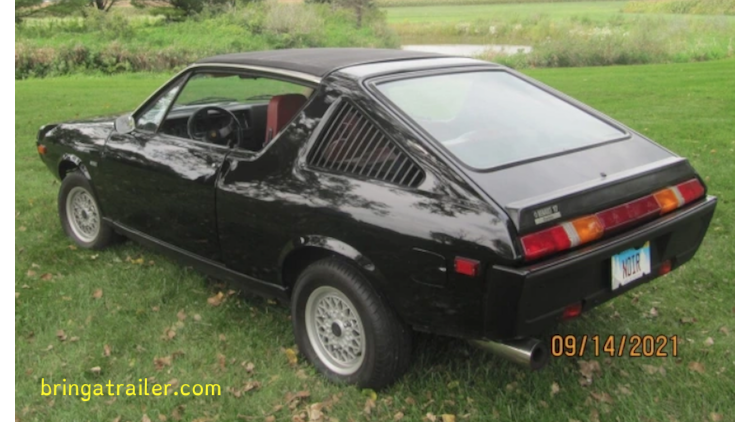 If this 1979 Reanult R17 Gordini looks different to you, that’s because it’s had its front clip and rear bumper replaced with parts from a French market car. What a difference! (See the North American version below.) The R17 came with a power-operated roll-back fabric top, as well as a removable fiberglass hardtop panel like the one seen at the right in a photo from bringatrailer.com. (I think this is actually a photo of today’s RealRide when it was for sale last year — I mean, what are the odds that there’s more than one exactly like this?) We came upon it, and its current owner, Tonawanda’s Rob Marshall, at the 38thAnnual Buffalo Octagon Association Autumn Sports Classic Super Cruise which was held in August at Como Park in Lancaster. 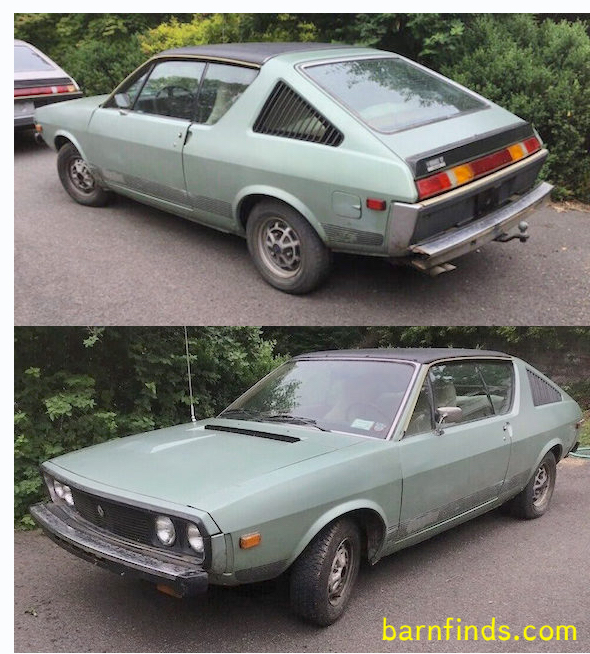