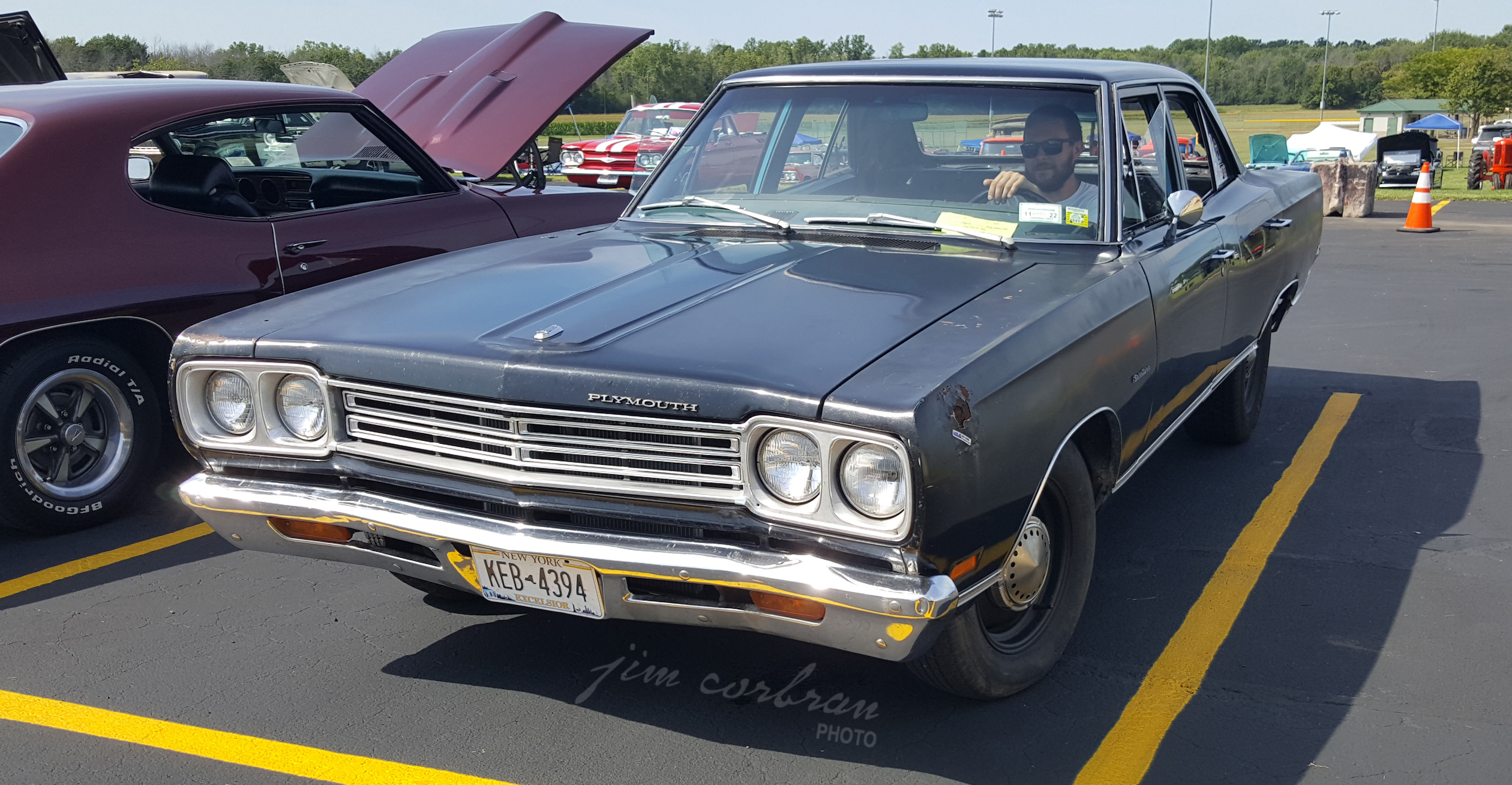 The German brochure tells us that the 1969 Plymouth Satellite was available in “…18 blendend-neue Außenfarben.” I’m guessing that this one is Veloursschwarz. For those of you who don’t have your German-English dictionary at hand, that’s Suede Black. You can probably guess the other phrase. The Satellite was Plymouth’s mid-line mid-size four-door sedan for 1969 — the base model being the Belvedere, and the premium version the Sport Satellite. Plymouth called the Satellite “Roomy enough to carry the family around. Jazzy enough to draw glances of envy from passers-by.” We came across today’s RealRide at the 2022 Car Show & Chicken BBQ held this past August at the fire hall in Hartland.