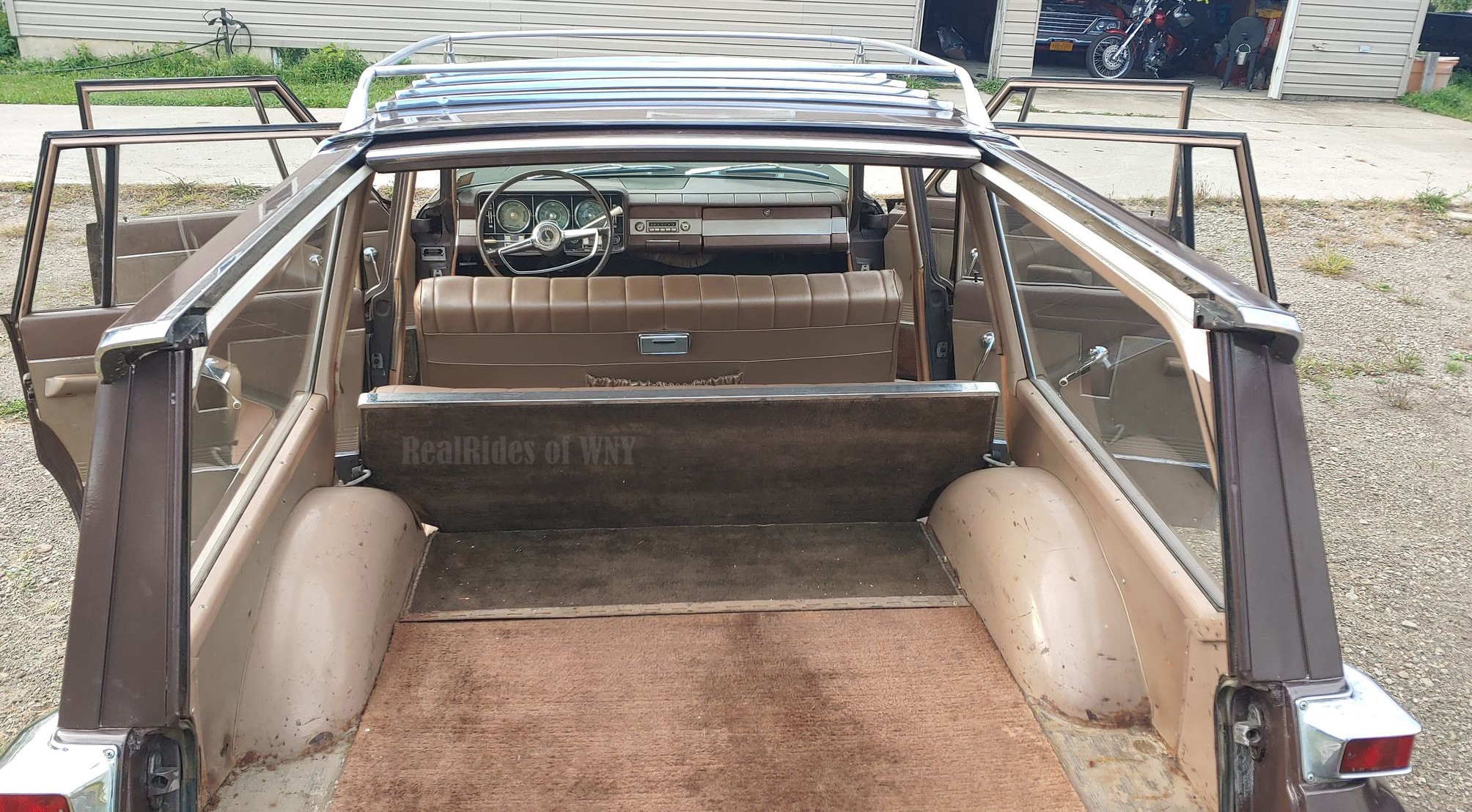 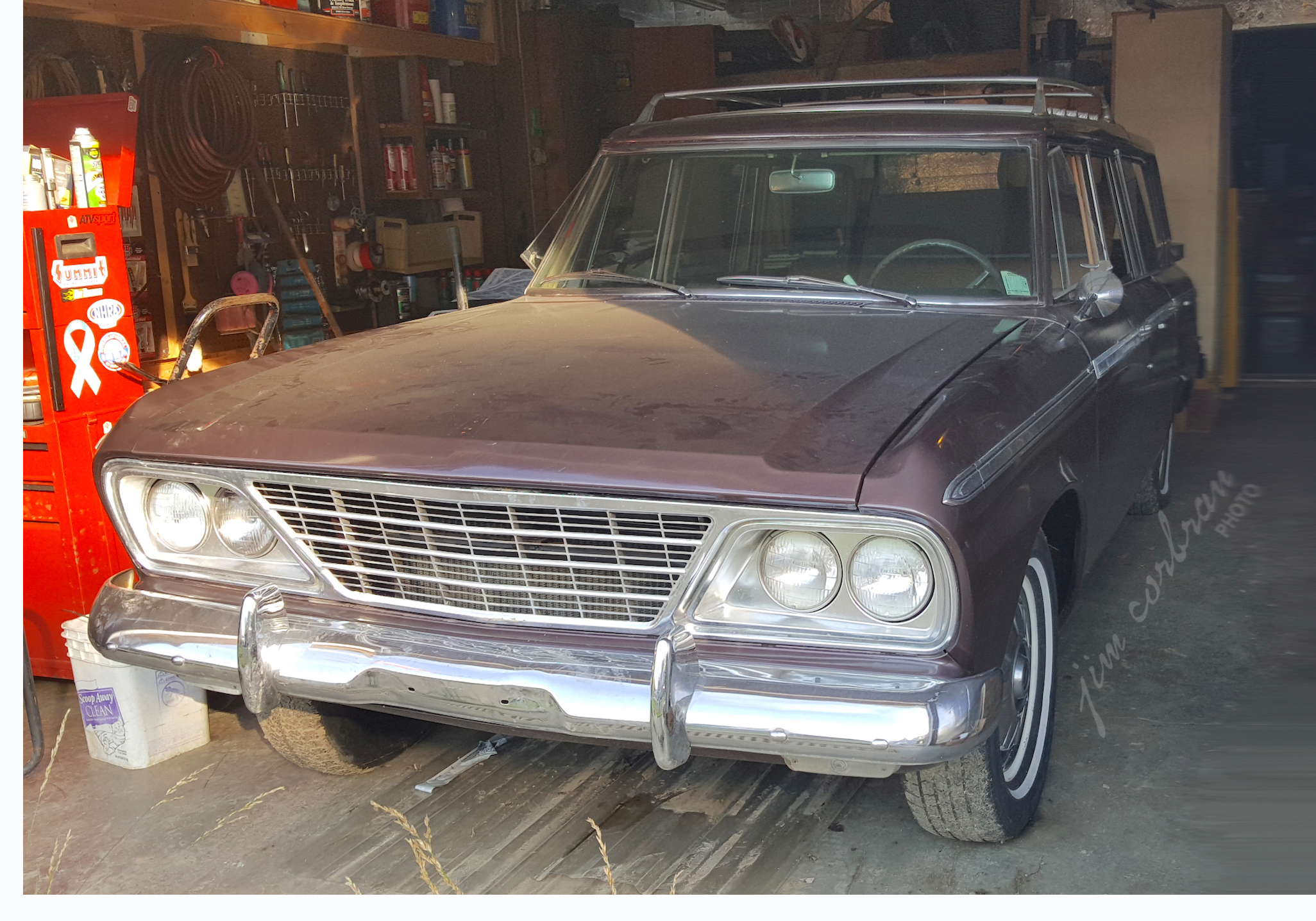 This 1965 Studebaker Daytona Wagonaire isn’t just any old station wagon. Current owner and Smith Mills resident — not to mention Studebaker aficionado — Howard Newberry bought it from the Studebaker National Museum where it had been on display as being previously owned by a Studebaker executive. Yes, it needs a little work (which is one of the reasons the museum sold it), but it’s a rolling bit of history. The Wagonaire’s sliding rear roof section was revolutionary at the time, Studebaker calling it “A willing and dependable work-horse when you have loads to haul, a convertible type family wagon and a sleek sedan—truly three cars in one.” I might argue the “sleek sedan” part, lol. As you can see from the brochure illustration below, they made great balloon haulers! 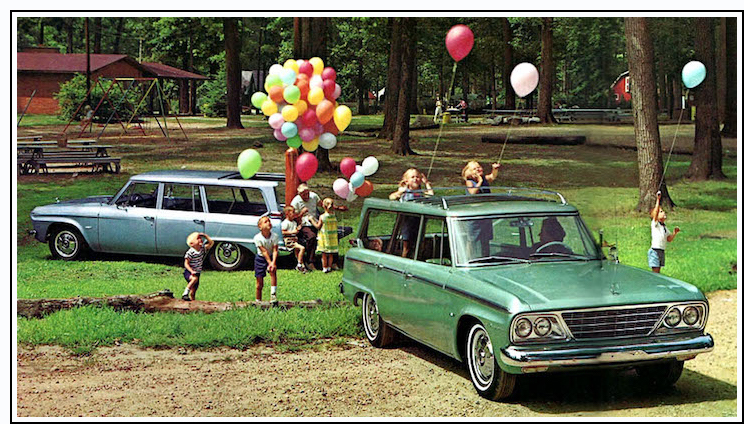