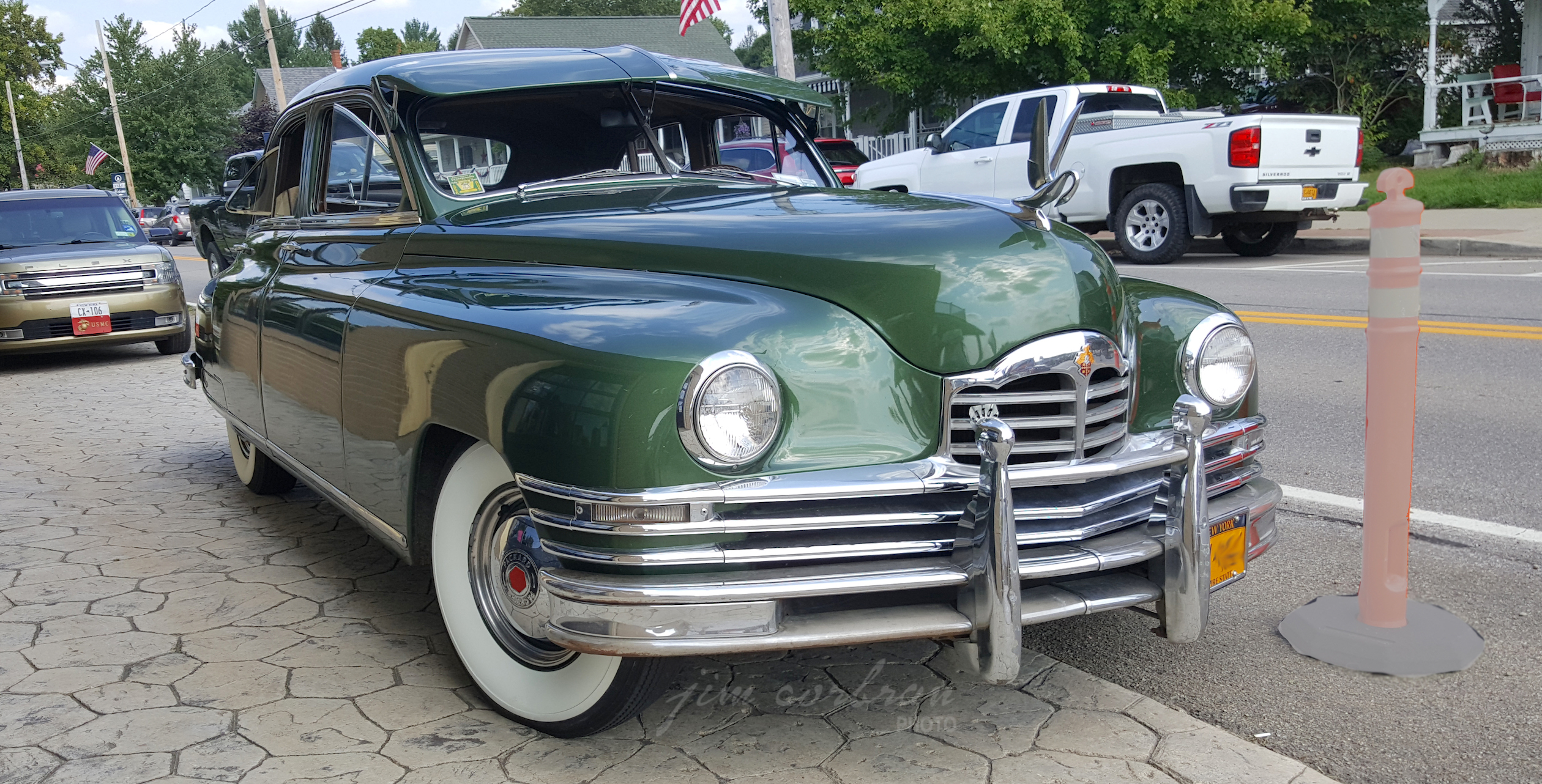 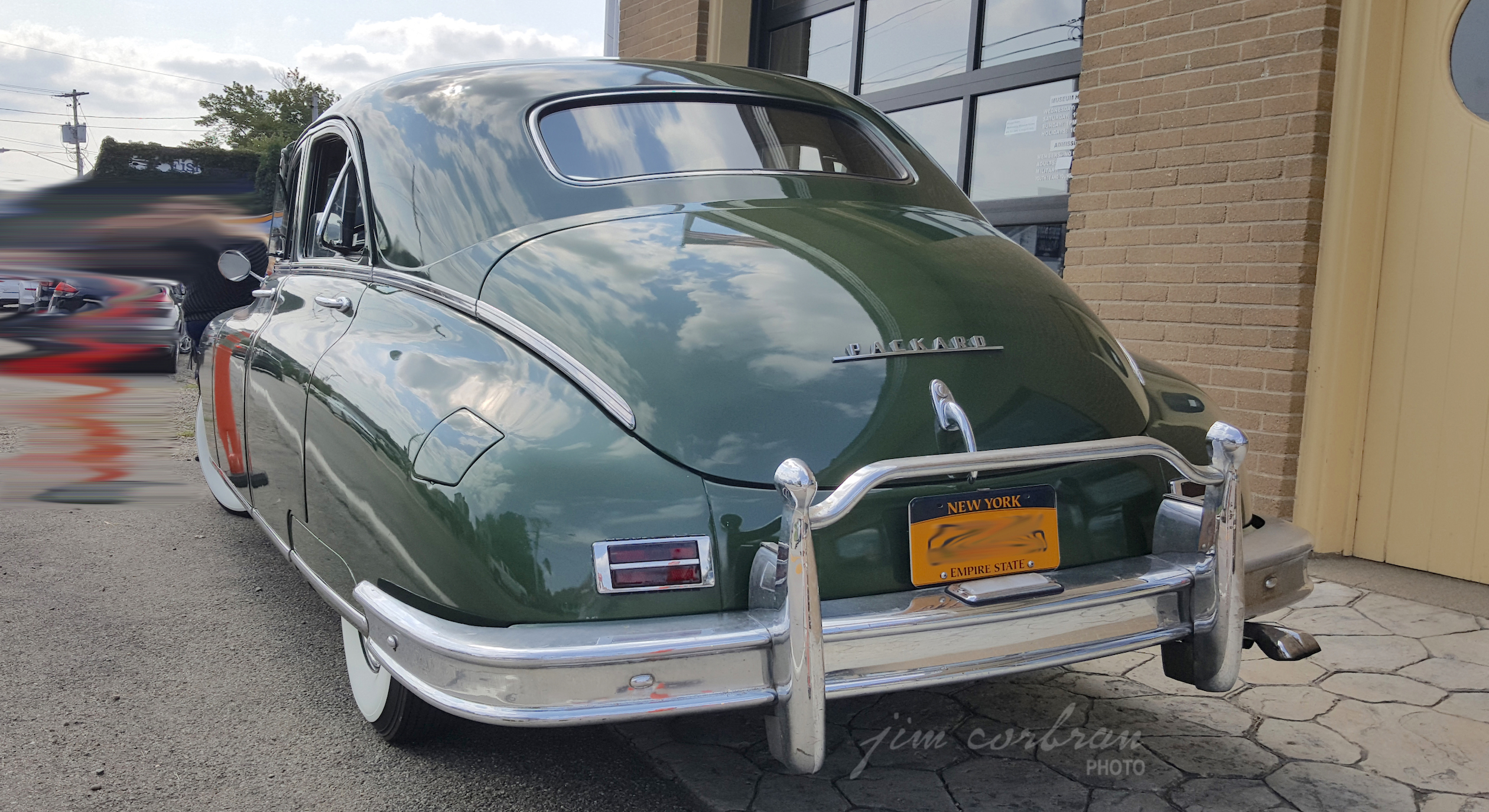 This 1949 Packard Eight touring sedan was seen a few weeks ago on a side street in Bemus Point. One magazine ad of the day said of the Packard Eight “It’s as distinctive for performance as it is for its proud Packard styling.” It might have been proud, but by 1949 its styling was looking pretty dated compared to some of the competition. Automotive wag Tom McCahill proclaimed the similar 1948 models fit for “a dowager in a Queen Mary hat.” Needless to say, Packard didn’t use that line in its advertising. All-new styling would come along for model year 1951, but by then Packard’s ship would pretty much have sailed.