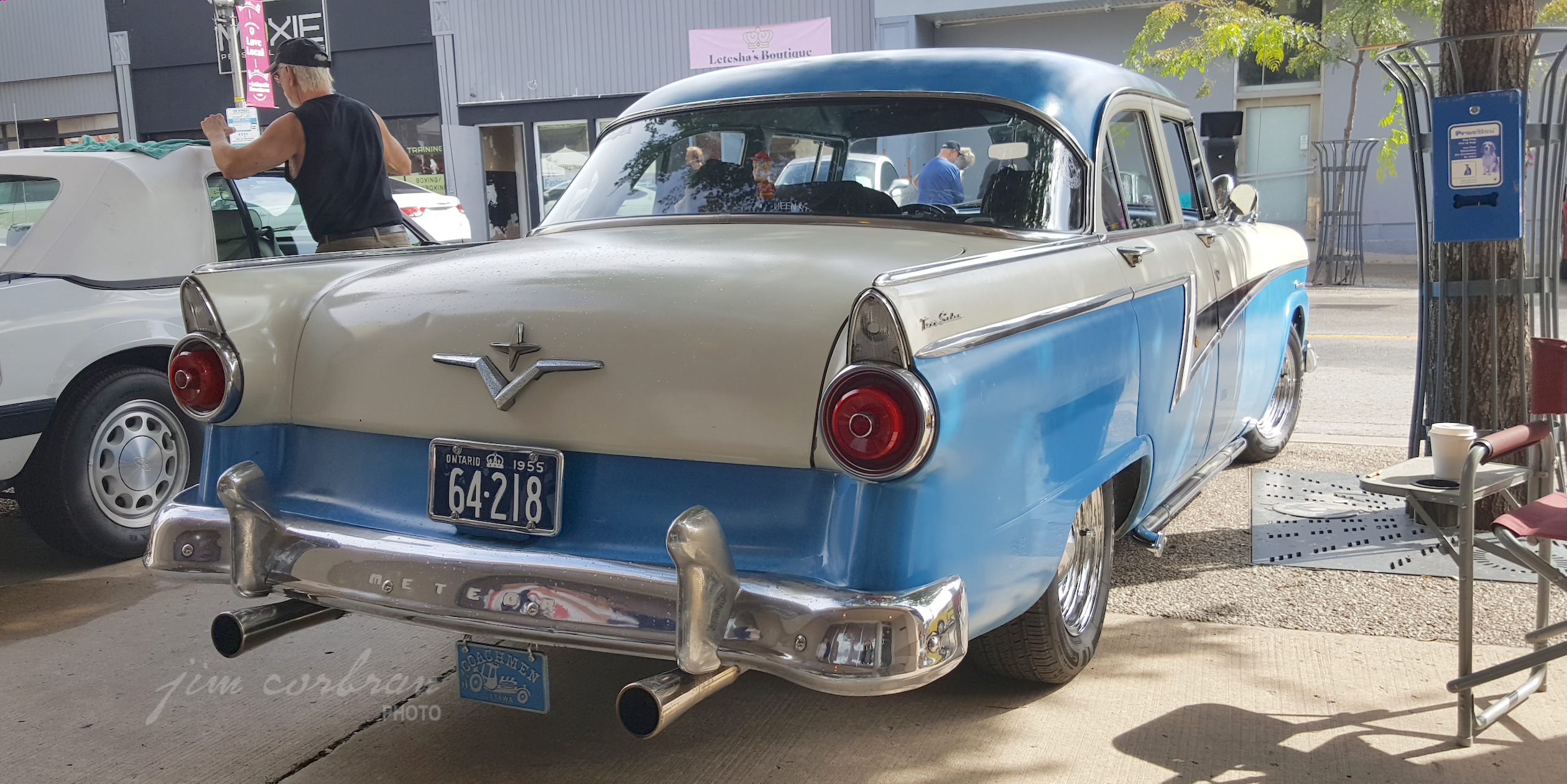 We came across this 1955 Meteor Rideau Town Sedan at this year’s Cruisin’ On the Q Super Cruise a month or so ago on Queen Street in Niagara Falls, Ontario. Its owner, St. Catharines’ Bruce Weegar, can be seen in the top photo keeping an eye on his ride. He’s had it for about four years now, and it has an updated Ford 400cid engine under the hood, while dangling off the rear bumper is the Coachmen car club plate (Ottawa) that came with the car when he bought it. These old Meteors and such are why you can find us regularly crossing over the bridge during car show/cruise night season! 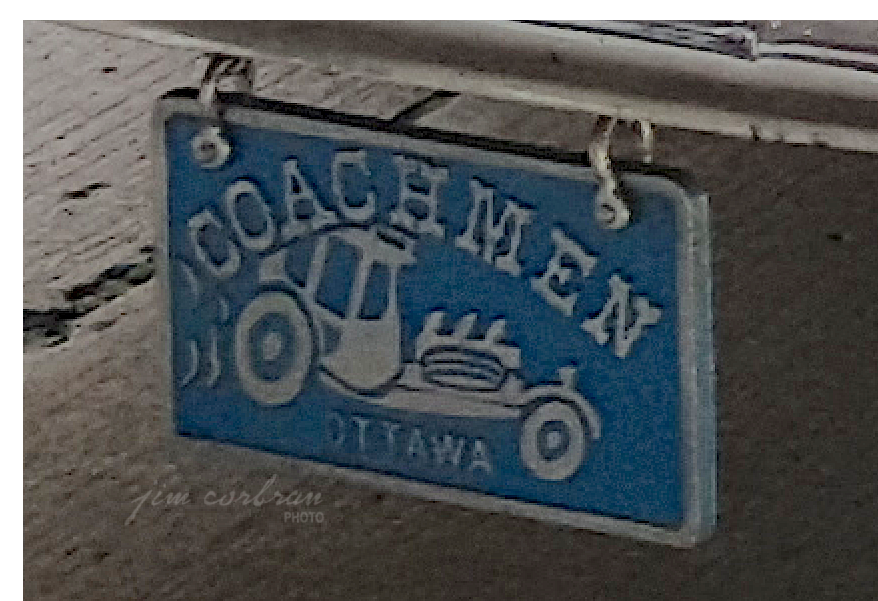