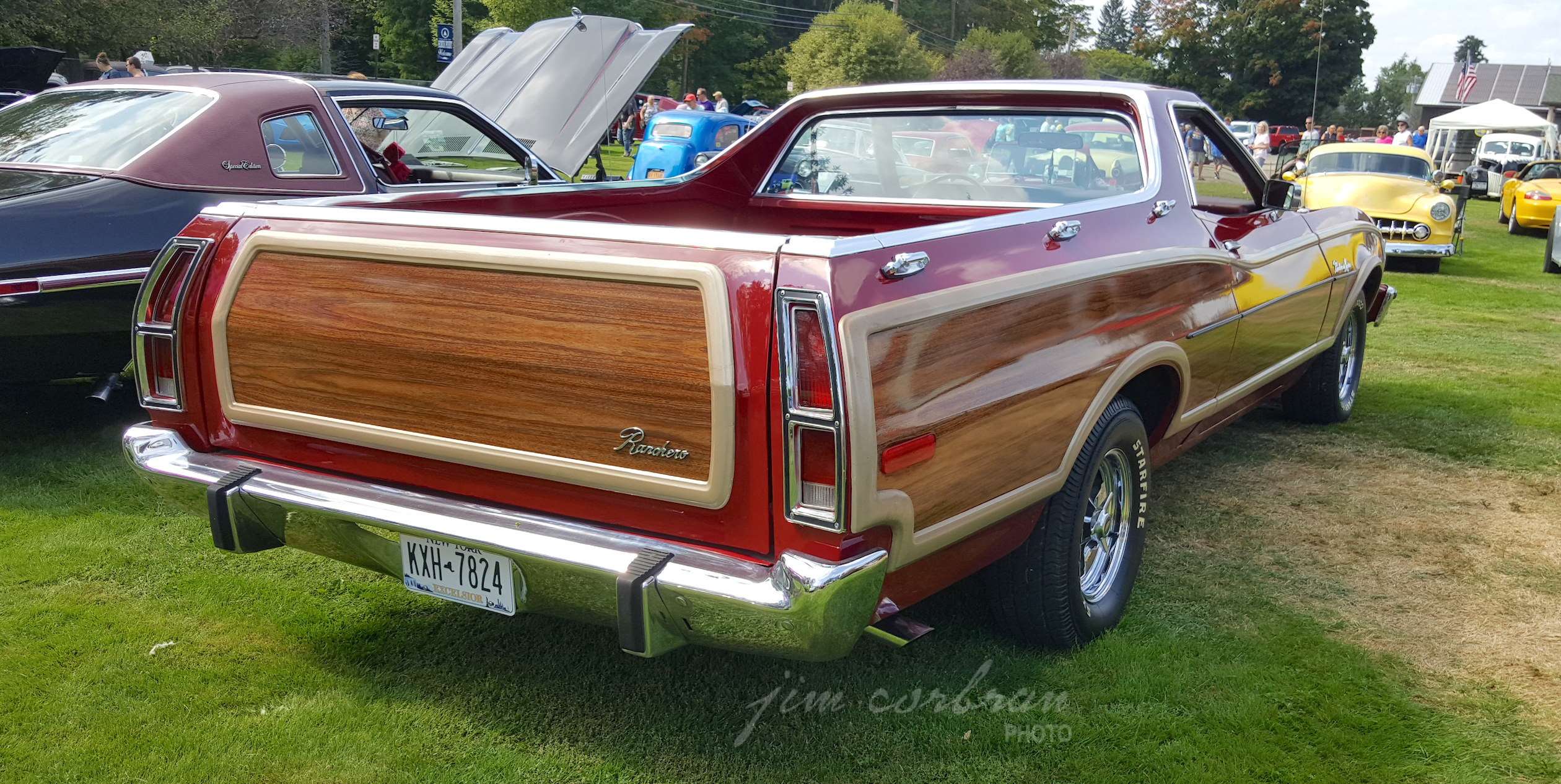 Looking at this 1976 Ford Ranchero Squire reminded me that I wondered why, when Ford first introduced this “…hard worker that loves to play” back in 1957, they didn’t offer the Squire option. After all, Ford’s Country Squire was “America’s most distinguished station wagon,” and other than the fact that the Ranchero was a two-door and the Country Squire a four-door, the “handsome wood-like exterior” panels of the Squire would have dropped right into place on the Ranchero. A missed opportunity at best. They should have asked five-year-old me my opinion! We saw this one at this year’s Fall Festival & Cruise-In in Bemus Point.