Some of us are old enough to remember the 1971 Opel GT being called a miniature Corvette back in the day. And it’s still going on now, as seen below in a screen capture of a recent YouTube video. I, for one, never bought into it; but if you’ve got a few minutes, do a Google search for Opel GT/Corvette comparisons and see what some others think. A handsome little car indeed it was (and still is), but I can’t imagine that many potential sports car owners actually shopped them both back in the day. We saw this one over the summer at the Orchard Beach Assembly Cruise-In in North East, Pennsylvania. 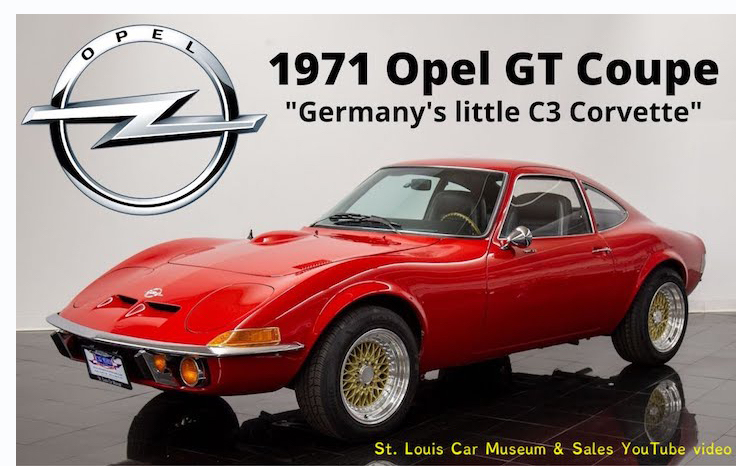